The cumulative rooftop solar installed capacity totaled 7.6 GW at the end of Q1 2022.

According to the report, at the end of Q1 2022, cumulative rooftop solar installations reached over 7.6 GW. 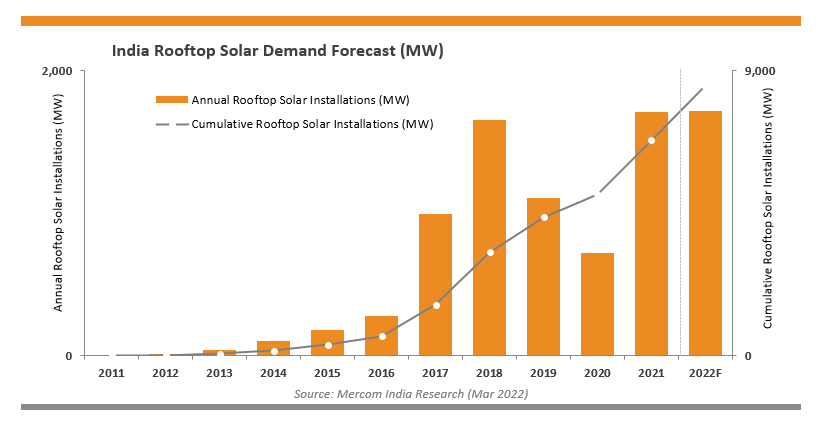 “It was another great quarter for the rooftop solar market as post-covid installations continued to surge. Rooftop installations have topped 400 MW for four quarters in a row, which is a first. Commercial and Industrial segments were again the driving force accounting for most of the installations. However, future growth is dependent on system costs. If the prices continue to go up and project economics deteriorate, demand is bound to contract in the short term,” said Raj Prabhu, CEO of Mercom Capital Group.