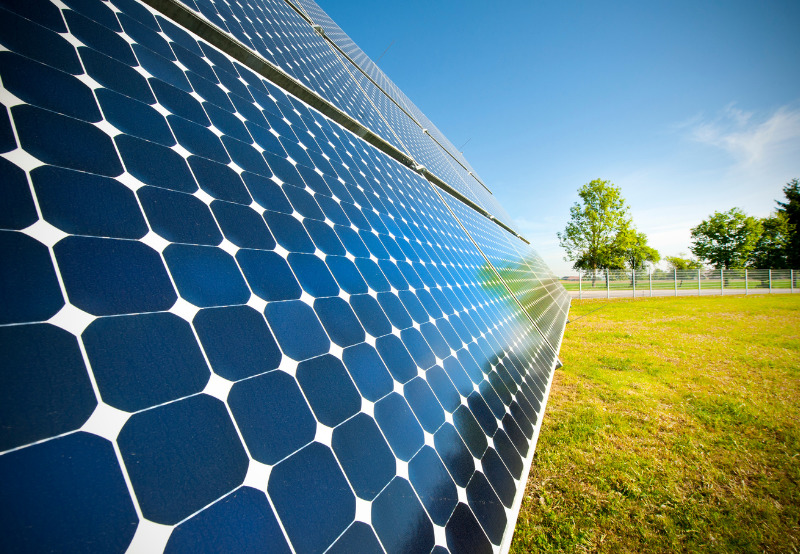 The large-scale solar project pipeline in India stood at 44.7 GW, with another 34.6 GW of tendered capacity pending auctions at the end of Q3 2020, according to Mercom India Research’s Q3 2020 India Solar Market Update. While the numbers are robust, there is a significant backlog of projects waiting to start construction.

One of the biggest challenges solar project developers currently face in India is long delays in signing the power sale agreements (PSA) with the power distribution companies (DISCOMs) by the Solar Energy Corporation of India (SECI).

Typically, SECI first signs a power purchase agreement (PPA) with the project developers, and then a PSA with the DISCOMs to sell the power generated by these projects to the offtaker. There is a massive backlog of such unsigned PSAs, which is a primary concern for developers who find it difficult, if not impossible, to secure debt funding from lenders who insist on signed PSAs.

Lenders have had bad experiences when SECI signed PPAs with the developers but could not sign PSAs due to which lenders stalled fund disbursements at the final stages of project completion.

Further, explaining the reason for the delay, the SECI official said that, in the 2 GW Jharkhand auction, the tariffs ranged between ₹2.44 (~$0.0355)/kWh and ₹2.54 (~$0.037)/kWh. SECI has a process of signing PSAs based on the weighted average tariff, while the DISCOM wanted to sign PSA at the lowest discovered tariff. After nine hearings on this matter, the regulatory commission is expected to approve the tariff in a hearing scheduled on December 9, 2020.

SECI is finding it challenging to sign PSAs with the DISCOMs, and the situation is not improving. Earlier, SECI would sign PSAs at the weighted average tariff discovered in each auction. But now, it is pooling or bundling tariffs discovered in competitive bidding every six months.

Now that the tariffs have dropped to ₹2 (~$0.0270)/kWh, it is tough to convince DISCOMs to sign PSAs at pooled tariffs every six months instead of at the lowest tariff. Each auction is different with variables that are not comparable, but it is tough to educate and convince the DISCOMs of these variables. SECI official also commented that the pooling of tariffs is the only solution. SECI has approached the CERC to approve the pooling program, but so far, the CERC has not disclosed its decision.

The regulatory delays, inadequate coordination, and a lack of consensus between the state DISCOMs, regulators, SECI, and central authorities have put the industry in a tough spot. According to stakeholders, PSAs for over 12 GW of solar projects are pending. Auctions by SECI are deferred with fear of lower participation due to these issues. Developers and lenders are cautious about taking up new projects considering the PSAs for old projects are not yet signed. 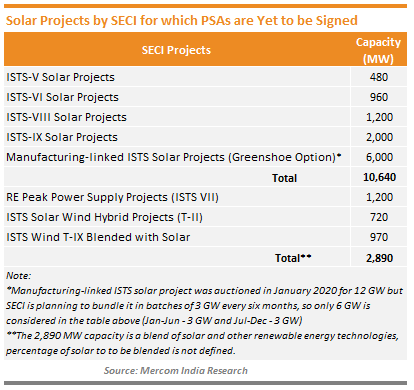 Commenting on the subject, Shailesh Kumar Mishra, Director at SECI, said he is confident that the issue will be resolved soon and the sector will quickly pick up speed.

Mercom spoke with developers and financiers on how delays in signing PSA is impeding India’s solar installations.

Prashant Sinha, Chief Risk Officer (CRO) at L&T Infra Finance, one of the largest NBFCs financing solar, said, “Delay in signing PSA is the biggest concern of developers. Both PPA and PSA need to be signed. But as lenders, we are not worried because we don’t disburse money before signing PPA or PSA. We need back to back PPAs to be signed and adopted by respective state regulatory commissions.”

Mercom spoke to a developer whose projects are stuck in limbo. According to the developer, lenders are aware of the challenges and implications if the PSA is not signed.

“In our project, which is linked to Jharkhand, we had attained financial closure; we invested equity and started construction. But equity is only 30% of the project cost, and if we need to go further with the construction, we need the banks to disburse funds. But banks refuse to disburse until the PSA is signed. We are not in a position to complete the project with internal equity. We are involved in several other projects, so it won’t make sense to invest all equity in just one project,” the developer commented.

According to another developer, lenders have alerted SECI that they wouldn’t be releasing funds if PSAs are not signed. “We asked the MNRE secretary, what happens if we invest all our money and complete the project and then the PSA is not signed? Will the MNRE and SECI help? Their answer was a clear ‘no.’ So the message from the top is that the developer takes all the risk. Now, we are seeking an extension for project deadlines since the PSAs are not signed. We are requesting the MNRE and SECI to grant an appropriate extension of 7-8 months based on the status of the project.”

Developers are in a catch 22 situation. If they invest equity and take the risk of completing this project until the debt is disbursed and the PSA is not signed, they lose all their investment. On the other hand, if they wait for the PSA to be signed to begin construction and the deadline is missed, they will have to bear the penalty or the reduction in tariff as per the clause in the agreement.

So, the developers suggest that SECI, in such cases, give them a 7-8 month extension in the timeline to commission the projects since the developers are not at fault and it is unfair to penalize them. While this is fair to developers, it also means these projects will again get postponed.

Also, SECI has to develop a pre-bid mechanism indicating the tariff. The DISCOMs can give a pre-bid note as to the range of tariff they are willing to sign the PSA, so that SECI, and developers know ahead of time as to what the expectations are.

DISCOMs across all the states must follow a uniform procedure for tariff adoption and understand the business implications of any delay.

According to the developers, international investors are looking to enter the market, but if they notice that they can’t sign a PSA for 12 months, it will dissuade them from entering the Indian market.

According to the developers, international investors are looking to enter the market, but if they notice that they can’t sign a PSA for 12 months, it will dissuade them from entering the Indian market.

Disputes over tariffs have long been an issue between project developers and DISCOMs. We see tariffs going down with every passing year and several projects stuck in limbo over tariff disagreements or unsigned PSAs. While a spate of tender and auction announcements is a good sign for the sector, how much of it is translated into developed activity is uncertain.

DISCOMs by delaying the signing of PSAs will make it extremely challenging for the government to achieve its goal of adding 100 GW of solar by 2022.