The program has benefitted over 20 million households so far, with approximately six percent of households still waiting for an electricity connection

The NDA government, led by Prime Minister Narendra Modi, launched SAUBHAGYA, a program aimed at achieving universal electrification in September 2017. The program has missed its December 2018 deadline by a narrow margin.

In a year’s time, the program has given us impressive numbers, with over 20 million households benefitted through the initiative. However, it has failed to meet its December 31, 2018 deadline, by which the country should have attained hundred percent electrification of all willing households. According to the data provided by the government at the SAUBHAGYA dashboard, nearly six percent of households across the country are still waiting for their homes to be lit. This percentage roughly translates to 1,480,367 households yet to be electrified with Assam, Rajasthan, and Meghalaya having the largest number of unelectrified homes.

In some states like Rajasthan, the recent change in government might also derail the pace of progress. Besides, the rampant problem of electricity theft and illegal connections in states like Uttar Pradesh are also a big deterrent in achieving the goal.

Here is a breakdown of all the unelectrified households in various states:

Moreover, government data suggests that nearly 9 percent of villages (57,092 villages in all) in the country are still in process of getting electricity connections.

However, this brings us back to the announcement made by the government back in May 2018, in which it said that with the electrification of Leisang village in the Senapati district of Manipur, India achieved total electrification of its 597,464 inhabited villages. Though this success of Deen Dayal Upadhyaya Gram Jyoti Yojana (DDUGJY) sounds like a significant milestone for the country, it does not give a clear picture on universal electricity access. A village is considered electrified if just 10 percent of the total number of households in the village have been connected. It also includes public institutions such as schools, the panchayat office, health centers, dispensaries, and community centers. This announcement was largely symbolic and did not imply that 100 percent of the rural households have access to electricity. A better metric to measure universal electricity access would be SAUBHAGYA. Under this program, electrification is measured by its reach to every household, in comparison to every village under DDUGJY.

Though the government has not been able to meet the deadline, about 20 states have announced achieving 100 percent electrification of households in the recent months. Some of these states include; Jammu and Kashmir, West Bengal, Uttarakhand, Manipur, and Punjab.

Looking at the pace of work in the recent months, October 2018 recorded the highest number of electrifications with over 3,335,850 connections done during the month. In the deadline month of December 2018, SAUBHAGYA recorded 2,019,017 new connections across the country.

The Minister for Power, R. K. Singh has been rallying for SAUBHAGYA, urging states to make universal electrification their priority and assuring every support by the center in the process. The government even announced a lucrative incentive for distribution companies (DISCOMs) and its employees who meet the household electrification target at the earliest. A reward of ₹5 million (~$ 0.073 million) for employees of the state utilities and a grant of ₹500 million (~$7.28 million) for DISCOMs were considered by the ministry.

Back in July 2018, addressing the conference of power and new and renewable energy ministers of states and union territories held in Shimla, Singh said that access to energy is a prerequisite for a poverty free India. “Energy is the engine of growth and no country can ever develop with millions of its citizen living without electricity” Singh added.

Looking at the pace of work, the government recently extended the time period for achieving the target to March 2019. “We had set the target of electrifying every household by March 31, 2019. But we would achieve that target by end January or (by) February,” PTI quoted Singh as saying while addressing the National Energy Conservation Day function. 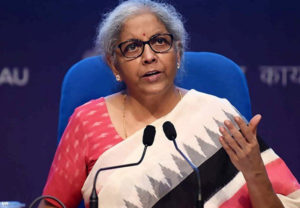 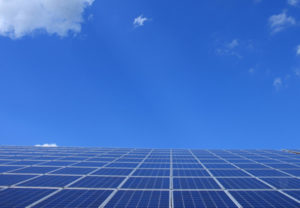 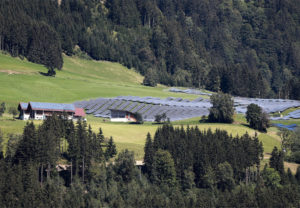 Over 2.9 GW of Projects Approved in Solar Parks in Uttar Pradesh and Northeastern States