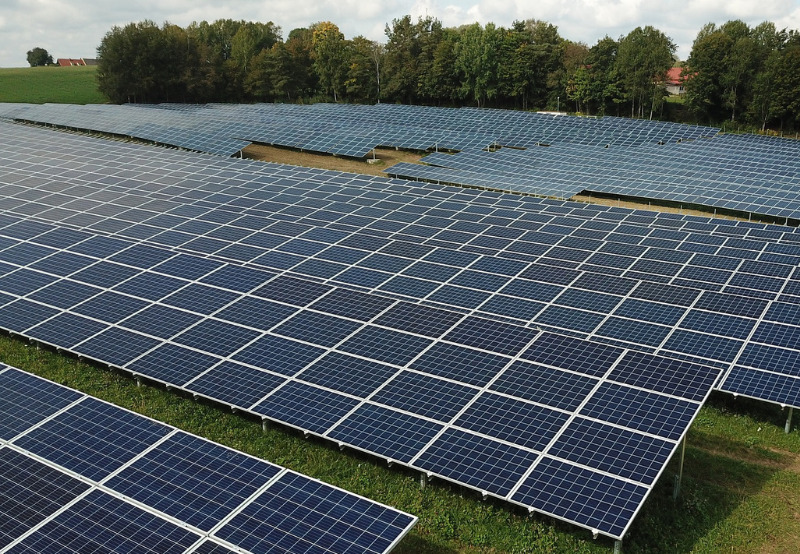 For more than a decade, India has depended on imported solar PV cells and modules for large-scale projects, as the domestic manufacturing capacity is limited and lagging on technology. The PLI program aims to reduce dependence on imports as India’s large-scale solar project pipeline swells with 53.6 GW in various stages of construction and another 24.1 GW tendered and pending auctions.

Mercom spoke with several players in the domestic manufacturing sector to examine the sentiment surrounding PLI.

Dr. Hitesh Doshi, Chairman, and Managing Director, Waaree Group, welcomed the government’s announcement on the PLI program and feels it is a step to push manufacturing in India, which the country’s solar sector needs.

“However, to completely wean off dependence on imports, the allocated fund for PLI scheme is quite meager, and capacities one is expected to generate with this amount will be very less. If more funds can be approved, it will allow the manufacturers to set up additional units, which will help in contributing to the country’s GDP,” Doshi added.

Another major domestic manufacturer told Mercom that manufacturers were excited about the PLI program until they read the fine print.

He said, “The PLI program gives preference to manufacturers who bid for the whole supply chain from ingots to modules. But the PLI amount will be exhausted by the time the funds are given to four to five such manufacturers. The rest of the offers will be on the waiting list. The incentive provided to the manufacturers also is only about 50% of the investment by the manufacturer. It is a very complex program.”

Another manufacturer planning to set up a solar module and cell capacity under the program said, “We plan to install 2 MW each of cell and module facilities. The investment needed for only equipment (without land and building) is $15 million for 2 GW of modules, and for 2 GW of cells, it is $40 million (European line) and 40% less if it is a Chinese line. The working capital required for a 60-day cycle at 70% plant efficiency is ₹1.6 billion ($218.5 million)/GW of modules and ₹1.1 billion ($150.2 million)/GW of cells. The working capital will be higher for a new entrant as he needs to build a credit history with Chinese suppliers. This is a big players’ game,” He added.

According to a manufacturer, instead of several Chinese players, the market will end up being dominated by a few Indian players. The banks are not ready to fund such a large amount unless the borrowing entities are large corporates. The credit rating of most companies also has gone down in the post-Covid scenario.

A top executive from a major domestic cell manufacturer told Mercom, “The government has decided that the PLI program is meant for the bigger players in domestic manufacturing. It is catering to large investments to come in. They are not here to mushroom small players. The plan is to have the latest technology, economies of scale, solid supply chain – the objective of NITI Aayog. They don’t want to incentivize sub-optimum technologies.”

Investors take the risk and pay bank guarantees too?

Bharat Bhut who is the co-founder and director of one of the major manufacturers in India – Goldi Solar – , told Mercom that with the PLI scheme, the government is pushing for the growth of integrated manufacturing from polysilicon, ingots, wafers, and cells to PV modules.

“However, there are some drawbacks with the complex incentive structure. Very few companies or joint ventures will be eligible to apply for the program while also completely leaving out smaller enterprises. Indian businesses usually start as small companies and expand to become larger organizations. With obligatory vertical integration and the capacity cap, only those with large manufacturing capacities will sustain in such a competitive environment. If the government wants to create a manufacturing ecosystem, it should allow standalone factories of modules, cells, and other raw materials to thrive.”

He further added, “Manufacturers from other countries will have an advantage given their track record, R&D, capital, and experience – Indian companies will have to up the ante through R&D to offer better efficiency modules than the current offerings.”

According to a top domestic module manufacturer, the PLI program has no consideration for micro and small and medium enterprises (SMEs and MSMEs).

Another medium-size domestic manufacturer told Mercom, “We understand that manufacturing units which have imported capital goods for setting up the module manufacturing facility before the last date of bid submission will not be eligible for participation under the PLI scheme. But the import of capital goods should happen after the last date of submission. This indicates that the program is for new ventures, and they will place the order after this tender while existing ventures with current setup can’t bid.”

According to Aditya Singhania, Director of Navitas Green Solutions, the main issue with PLI is that it is out of reach for the MSME sector.

According to Singhania, with or without the PLI program, any manufacturer will have to increase their production capacity to survive. “We believe 40%-50% domestic module manufacturers will close shop by 2023. The capacities the big companies can manage will flood the market,” he added.

He further added, “Players like us, operating in 200-500 MW capacity range, will need to get into some niche products to meet our profitability rather than depend on selling modules and generating revenues. We are getting into series funding, but that is not an option for everyone. The most profitable 5-10% companies would be able to do that. The majority of the players are not well connected and would not be able to arrange for private equity funding or series funding.”

Singhania told Mercom that many of the old solar manufacturing companies are declaring bankruptcy. Microsun Solar has been in the market for so many years and has filed for bankruptcy due to the prevailing market conditions.

Mercom spoke with MicroSun’s executive manager Veeren Jain who confirmed that the company had recently filed for bankruptcy. “Yes, we have filed for bankruptcy, but it is not just because of lack of government support. We had some management issues as well, which was getting bottled up, and it eventually came down to this,” the official said.

According to Jain, the PLI scheme reflects the pattern followed in China where the few bigger players thrive and government policies wipe out the smaller players.

On the company’s future and other small and medium-sized players, Jain said, “I feel except for those who can maintain a cash flow, the rest like us will be wiped out. For medium players, the bank asks for collateral security when we approach them. If we had collateral, why would we need loans? During the pandemic, if we go to banks, they ask for our financial records, but with the economy down thanks to the pandemic, how can we show positive markers in our financial records?” He asked.

Shiv Mittal, Managing Director of Rhine Solar, said that the small and medium manufacturers cannot showcase a sustainable costing model. “Our businesses are under threat. Around 10-12 big players can easily swallow the remaining through this incentive program. Some tenders like CPSU mandate DCR, which is the only saving grace small players have. But we cannot lose hope, and we believe that there will be a way out for small players to thrive in the market competitively. We think the government will bring some new programs for us. Our manufacturers’ association is currently working on a mechanism to communicate our grievances to the government.”

Another manufacturer suggested that there has to be an – Upgradation fund. There should be a fund for setting up a new facility and also upgradation. Upgradation also is like a new investment as none of the old equipment in the existing plant can be used to produce new technology modules – not even the conveyor. The whole plant has to be scrapped and a new one built. For the textile industry, the government gave an upgradation fund. What we need now is an upgradation fund rather than a PLI program.

The Atmanirbhar (self-reliance) initiative of the government aims to create an ecosystem that will aid Indian companies to be extremely competitive on the global stage, and for this scale and advanced technology is considered crucial. The government has addressed one challenge, but a greater one lies in deciding the fate of the numerous small manufacturers. They have been mostly catering to the supplies needed by government projects (DCR) but are on the verge of collapse and cannot keep up with the new investments required to keep pace with the fast-evolving technology.