With clarifications in place, stakeholders still confused on the process for implementing the pass-through option 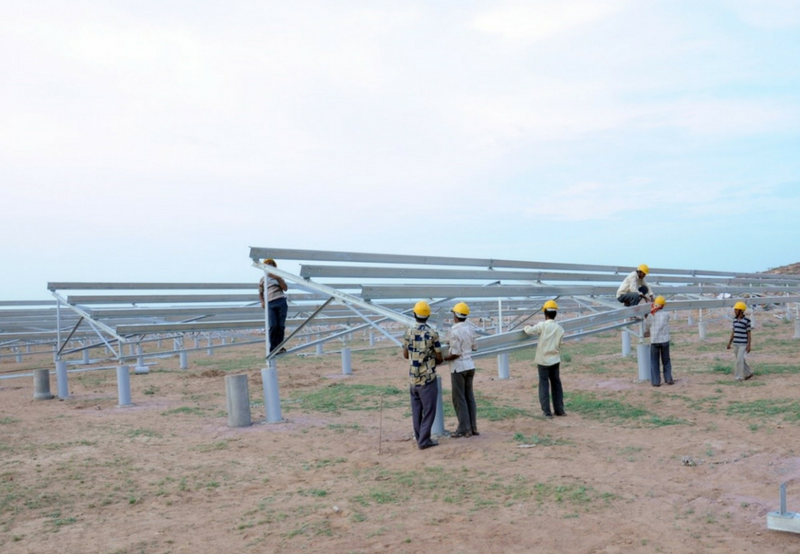 The current widespread sentiment in the country’s solar industry is that of discontent and uncertainty, with sprinkles of hope. While the government’s ambitious solar trajectory is inching closer to its deadline, the prevailing ambiguities surrounding numerous government policies and updates are adversely affecting solar project developers. Simply put: some of the government attempts, meant to allay the apprehensions of the stakeholders, are not working.

Recently, the Ministry of New and Renewable Energy (MNRE) issued clarifications on the guidelines for the tariff-based competitive bidding process for grid-connected solar photovoltaic (PV) projects.

In its clarification notification, the MNRE stated, “Change in the rates of any taxes as mentioned in clause 5.7.2 of Guidelines for Tariff Based Competitive Bidding Process for Procurement of Power from Grid Connected Solar PV Power Projects, includes change in rates of taxes, duties and cess.”

Further, in case a change in law results in any adverse financial loss or gain to the solar power generator, they will be entitled to compensation by the other party to ensure that the power generator is not adversely affected.

The MNRE issued the clarifications in response to the comments received from various stakeholders unable to account for uncertainties due to proposed duties or ongoing cases pertaining to the levy of duties. The MNRE order was supposed to bring relief to the sector, but the clarification seems to have raised new questions as the industry is still unsure how everything will work moving forward.

Here are some of the examples reflecting the current state of uncertainties:

Mercom recently broke the news that The Gujarat Urja Vikas Nigam Limited (GUVNL) has now scrapped the recently conducted auction for the development of 500 MW of grid-connected solar PV projects in the state.

GUVNL doesn’t want to enter into PPAs at tariffs near the ₹3 (~$0.0458)/kWh mark, stating these tariffs are not viable for them. This puts up a question how the government will bear the extra costs in case the pass-through option needs to be exercised.

Talking to Mercom, an official with the NTPC shed light on the probable cancellation of a recent tender saying, “We had tendered 2,750 MW in March 2018. Out of the capacity, 750 MW may be cancelled due to off-take constraints. There is no clarification regarding the safeguard duty and the developers have factored in the added cost of duty.”

When asked whether the state government will take care of the extra costs in the case of a change in law, the official conveyed to Mercom that there has been no clarification given to them yet.

“If the beneficiary agrees, then we can go ahead with any tariff as we know the off-taker is sure. But the Andhra government has not clarified whether it will take care of the extra cost. In such a scenario, it would be asking developers to take a hit. On top of this, we know that no state DISCOM will enter into a PPA that has variables, wherein extra costs will have to be incurred by them in the future. The MNRE and the state governments must issue clarifications regarding this. They need to specify they will bear the extra costs, or our capacity addition will be greatly hampered,” the official added, voicing his concern.

“Mercom has raised concerns since a safeguard duty was proposed that DISCOMs are not in a position to pay higher tariffs and they will simply slow down procurement. With close to eight years of experience dealing with government agencies, solar developers are very skeptical unless there is total clarity and a step-by-step, thoroughly vetted, implementation plan, signed and sealed on paper. Who can blame them? They are ones risking millions,” said Raj Prabhu, CEO of Mercom Capital Group.

“It is also very concerning when states and other implementing agencies are not clear as to how the pass-though option will work. It is time to rectify this immediately or the goal of achieving 100 GW by 2022 will remain just that – a goal,” he added.

A top executive at one of the major private power conglomerates in India also commented on the government’s clarification, “The Change in Law option is not as straightforward as the government order makes it look. DISCOMs do not want to buy costly power, but to justify the tender trajectory proposed by the government through MNRE, this option of pass through is being touted as a relief.”

The executive elaborated on the issue saying, “Once the developers bid for the projects and the project cost is taken into account, they have to determine the increase in cost due to the change in law – in this case the safeguard duty. The issue will then be referred to the CERC.

The CERC will examine the case and there will be questions on why the developer did not buy Indian modules, what was the cost at which it was procured, price difference between modules, and will suggest a compensation to be provided by the DISCOMs towards the loss occurred due to change in law – which could be anything based on their investigation.

This process will take a good seven to eight months and more often than not, the compensation will be much lower than what the developer expects, forcing them to take the case to Appellate Tribunal for Electricity (APTEL). Even if the case is heard on a fast track, the time consumed will be enormous. Even if APTEL gives a judgement favorable to the developer, DISCOMs will dispute and this will go to the Supreme Court.

This whole process is bound to take four to five years. Developers currently don’t have the time, energy, money, or human resources to spend on these matters. Instead, the MNRE should give a directive on the tenders with change in law to procure module without the safeguard duty imposed on them. They should avoid the legal process, which is futile.

For solar manufacturing, the government should create solid visibility and there must be incentives and policies specifically made for the manufacturing sector. For instance, in China and elsewhere the interest rate will be near the 4 to 4.5 percent mark. In India, the same goes up to 10 percent and over; government should work to tackle this.”

Mercom’s source from an emerging large-scale solar developer, also commented on the current state of affairs saying, “Developers at least need to survive and for that we need clarification. Right now, the order is not specific about many details. The MNRE has stated that the cost won’t be incurred by the developers, but what is the due process for that and how is the cost being covered?”

“When we give a tariff and sign PPA, we are bound to it and there are penalties if the project commissioning is delayed. If the process of exercising a pass-through option is unclear, then it will become a major hurdle,” the source complained.

The source went on to say, “We know DISCOMs want low tariffs, but we cannot perennially bid low; one or two projects is understandable and the DISCOMs need to understand that. If the pass-through option will be affected due to their desire of low-cost PPAs, then it will spell doom for the sector. The DISCOMs must also understand that prices change with changing market dynamics and they should do their part in order to stabilize the solar sector.”

Another top executive at one of India’s largest renewable energy developer said, “We raised questions, the MNRE issued an order, but that’s not the end of it. We need more clarity. By we, I mean the entire sector.”

“GUVNL just cancelled a 500 MW solar auction in which the successful bidders had been selected. The GUVNL wants low prices. Now, the MNRE says the other party will pay the developer the extra cost – is the other party able enough to bear the extra cost in the first place? If the MNRE wants us (the developers) to believe that it is tough, we have seen many instances where DISCOMs have renegotiated tariffs, and now the MNRE wants us to believe the same DISCOMs will willingly pay the extra cost without hassle?” questioned the executive.

The executive further opined, “Instead of acting in haste, the government should chalk out a plan, how this extra cost will be borne and then issue clarifications and conduct workshops for the same. If this is not done, this pass-through option can turn out to be a quagmire for the Indian solar sector.”

“I am not convinced, and I think the entire solar project developer community is not convinced with this option. According to the MNRE order, we are glad the developer won’t have to bear the cost, but we also want to know who will?” asked a perplexed executive at another major renewable energy firm in India.

It is time for the government to fix the issues sooner than later.