JBIC will fund 60% of the loan amount, and Japanese commercial banks would fund the remainder under its guarantee. These banks include Sumitomo Mitsui Banking Corporation, Bank of Yokohama Ltd., San-In Godo Bank Ltd., Joyo Bank Ltd., and the Nanto Bank Ltd.

The facility is extended under JBIC’s outreach for projects, which ensures global environmental conservation. NTPC Ltd will utilize the loan proceeds for funding its capital expenditure (CAPEX) for flue gas desulphurization (FGD) and renewable energy projects.

Flue gas desulphurization is a process of removing sulfur dioxide from exhaust flue gases of fossil-fuel power plants and sulfur oxide emissions from processes like the incineration of waste material.

FGD substantially reduces the sulfur dioxide emissions released in the flue gases by thermal power plants and is a critical step towards environmental sustainability.

In February 2019, the Ministry of Power proposed a ₹835 billion ($11.70 billion) plan to meet the cost of development of Flue Gas Desulfurization (FGD) to improve air quality and to conform to new norms notified by the Ministry of Environment Forest and Climate Change (MoEF & CC) for power plants. Even during her budget 2020 speech, the finance minister said that old thermal plants would be asked to shut down if their emission is above the pre-set norms.

In September, the Central Electricity Regulatory Commission (CERC) also floated a staff paper on the issue of compensation mechanism and tariff implications for retrofitting the pollution control equipment in thermal plants.

Earlier this year,  NTPC had raised a syndicated loan worth $750 million in Japanese Yen to fund capital expenditure for the installation of flue gas desulphurization systems. NTPC said that the loan was raised under the automatic route of the Reserve Bank of India’s (RBI) External Commercial Borrowings (ECB) regulations and has been fully underwritten by the State Bank of India, Tokyo; Sumitomo Mitsui Banking Corporation, Singapore; and the Bank of India, Tokyo.

Back in 2018, India and Japan signed a pact to enable the establishment and promotion of closer and long-term cooperation between the countries in the field of environment protection and management of natural resources. 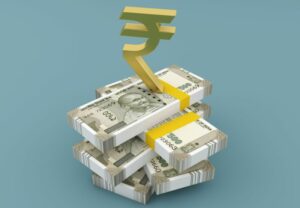