The National Institute of Transforming India (NITI) Aayog has put out a bold proposal which states that after 2030, electric vehicles (EVs) have to be exclusively sold in the country.

India heavily relies on oil imports to meet its transportation fuel demands with diesel and petrol consumption on an upward trajectory over the past decade. The 100% EV adoption by 2030 and increase in energy efficiency is aimed at reducing the country’s oil dependence while curbing air pollution in the long run. NITI Aayog estimates that EV sales will save around $60 billion by reducing oil imports. India aims to reduce 10% of its total oil imports by 2022.

The two-wheeler market crossed 21 million units in the country for the first time in 2018. A panel headed by Amitabh Kant, CEO, NITI Aayog, has come up with a suggestion that only electric two and three wheelers (with engine capacity up to 150cc) should be sold from 2025.

The transport minister Nitin Gadkari had made a bold statement in the past to mandate EVs by 2030. However, automobile manufacturers have lobbied against the move towards 100% EV adoption with Japanese and Korean companies at the forefront of the movement. Gadkari has now stated that a new roadmap will be charted out after due consultation with the existing automobile players. Battery efficiency, range, and speed of EV charging infrastructure, consumer awareness, and product costs are the other issues to be worked out in the electric vehicle transition. The looming technology disruption in the mobility sector threatens to overhaul many jobs supported by the existing auto industry.  The Confederation of Indian Industry (CII) has also called for stakeholder meetings across the automobile value chain prioritizing EV affordability for the consumers.

The cabinet note also suggests that the transport ministry should create mandates for cab aggregators to transition entirely to EVs by 2030. The heavy industries ministry will vie for a replacement of petrol and diesel vehicles with EVs of the public sector, agencies, and ministries by 2030.

A joint study by NITI Aayog and Rocky Mountain Institute suggests India can save 64% of the anticipated road-based mobility related energy demand and 37% carbon emissions by 2030 by following a shared electric and connected mobility future.

Anticipating the future demand for lithium-ion batteries used in EVs a proposal has been introduced to set up domestic manufacturing of 50 GWh batteries by 2030. NITI Aayog has recommended financial incentives to investors such as cash subsidies to promote setting up Giga-scale battery manufacturing. The estimated annual subsidy is slated at ₹80 billion (~$1.14 billion). To avoid monopoly, the cash subsidy limit would be 20 GWh per company. Companies bidding for the subsidies will have to opt for a minimum of 5 GWh manufacturing of batteries within five years. If the period is extended the cash subsidy per kWh will be lowered.

According to the CII, the strategy to bring about disruption in mobility will depend on how affordable the newly introduced products are to the consumer. Market forces, subsidies, and technological innovation are the key factors in determining the costs. Policy changes need to be practical and in sync with the market reality.

NITI Aayog has also inferred that 79% of the battery pack can be home-grown while 21% of the minerals need to be sourced from other countries. To make it an investor-friendly scheme, a proposal for complete tax exemption on capital expenditure in the first year, land and other clearances are being planned.

NITI Aayog had issued an agreement previously for public-private partnership for the operation and maintenance of electric buses in cities across India.

NITI Aayog recently led a summit to create awareness about the numerous facets of mobility. The summit brought together stakeholders that are enhancing mobility across different domains. The government think tank released a report at the summit called Zero Emission Vehicles: Towards a Policy Framework. 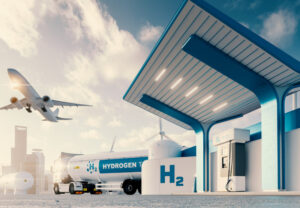