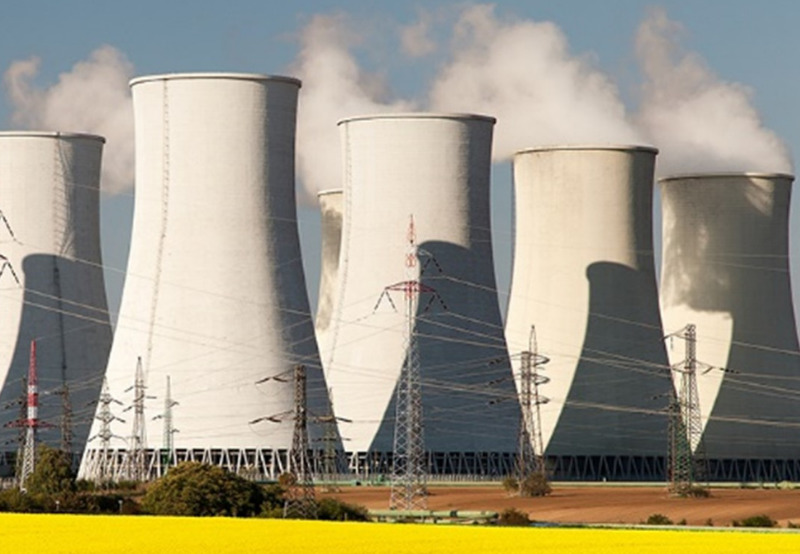 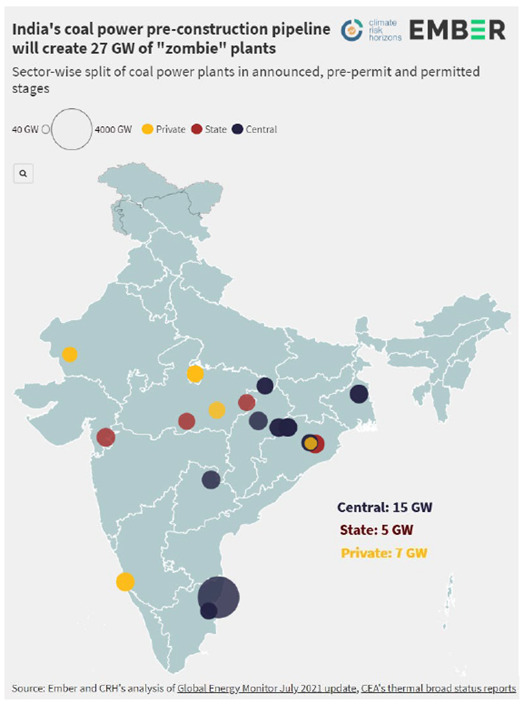 The report suggests that India does not require additional coal capacity to meet its power demand growth by FY 2030. Surplus coal plants can be scrapped without sacrificing the power infrastructure’s ability to meet future demand.

The report further states that India can free up ₹2.47 trillion (~$33.50 billion) in capital expenditure and save ₹432.19 billion (~$5.83 billion) annually by investing in renewable energy and storage instead of coal projects.

If India retires coal plants older than 25 years, then roughly 54 GW of coal-powered plants will close by FY 2030. If the 33 GW currently under construction are completed on schedule and no other new coal plants are built, India’s coal power capacity will be 188 GW by FY 2030.

“The 27 GW of new coal being proposed at an investment value of ₹2.47 trillion (~$33.50 billion) represent a significant threat to the Indian economy, not just in terms of misallocation of scarce capital, but also due to the lock-in effect of expensive electricity and ancillary impacts on the renewable energy industry. This must be avoided, especially as the Indian financial sector is yet to recover from the non-performing asset crisis created by excessive coal construction in the last decade,” said Ashish Fernandes, CEO, Climate Risk Horizons.

According to the Central Electricity Authority’s (CEA) forecast in the 13th National Electricity Plan (NEP13), India’s electricity demand in FY 2022 is expected to reach 1,566 TWh, which implies that the required power demand will grow by 5% every year from financial year (FY) 2017 to FY 2022.

This year, India’s electricity demand would have to rise by 13% to meet the NEP13 forecast.

India needs to add about 39 GW of new renewable energy annually to reach the 450 GW target by FY 2030, from the current target of 100 GW. Although the current build rate is falling short, things are looking positive as commitments made by ten different power generators in India now add up to 301 GW, the report said. 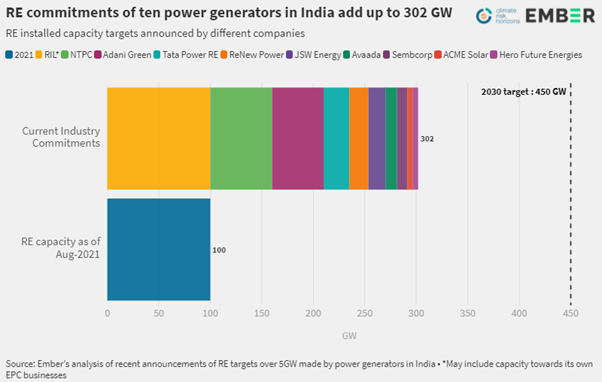 According to the report, even if India’s power demand grows 5% annually, coal-fired generation in FY 2030 will be lower than in FY 2020 as long as India achieves its non-coal generation targets. Essentially, more coal capacity beyond what’s already under construction isn’t needed to meet the aggregate demand growth by FY 2030.

Assuming India also delivers on the non-coal capacity targets for FY 2030, other firm capacities will increase to 157 GW, including battery storage, while wind and solar will add up to 420 GW.

By FY 2030, India will have about 346 GW of “firm” power capacity in addition to 420 GW of variable renewable energy to meet an estimated peak demand of 301 GW. India can meet peak demand in FY 2030 even if it retires its old coal plants and stops building new coal beyond those under construction.

A recent report published by Ember has revealed that global power sector emissions have increased above pre-pandemic levels due to a rise in electricity demand. The increased demand was mostly met by wind and solar power (57%) and by an increase in emissions-intensive coal power (43%) that caused the rise in CO2 emissions.

The Ember report comes in the wake of a recent report of the Intergovernmental Panel on Climate Change which warned that time is running out for the world to avoid the worst impacts of climate change.