The order will now come into effect in September, 2018

The Ministry of New and Renewable Energy (MNRE) has revised the schedule and the enforcement date for the Solar Photovoltaics, Systems, Devices, and Component Goods (Requirement for Compulsory Registration under BIS Act) Order 2017, which was issued in September last year.

The order will now come into effect in September, 2018.

The MNRE has issued a new order stating, “MNRE had notified the Quality Control (Requirement for Compulsory Registration under Bureau of Indian Standards Act) Order 2017 vide Government of India Gazette Notification No. 2561 dated September 5, 2017. As per this notification, the specified standards will come into force upon the expiry of one year from the date of its publication in the Official Gazette.”

Initially the order was scheduled to come into force on September 5, 2018. However, the order was later scheduled to become effective on January 1, 2018, after the MNRE shortened the waiting period to speed up the process of order enforcement.

Back in November, when asked why the order is being enforced nine months ahead of its original commencement date of September 5, 2018, an MNRE official had told Mercom, “Not much tendering has been done in the past few months, in the new financial year all developers and tendering agencies will plan their market strategies, it’s better that the policy is in place before a flurry of activity begins.”

The MNRE official went on to say that implementing the order before the start of the next fiscal year will give all stakeholders ample time to understand its implications and adjust accordingly.

But it was felt that the date for the enforcement of the Quality Control Order 2017 for quality assurance must be brought forward to ensure quality control benefits for the entire industry as a whole, as soon as possible.

The enforcement has now been shifted back to the original, September, 2018.

Mercom recently reported on the dearth of test centers in the country. The announced National Lab Policy and Quality Control Order are adding a new wrinkle that could slow down project commissioning, according to solar project developers and manufacturers in the country.

MNRE has also announced that the order pertaining to solar photovoltaic (PV) modules will come into force on April 1, 2018, except for the fire test which will be effective from July 1, 2018. All the test labs will be required to set up fire test facility by July 1, 2018 in lines with the specified standards after BIS approval.

For supplies from April 1, 2018 to June 30, 2018, the representatives of the manufactures would submit samples to an authorized lab for testing and give a self-certification stating that the module adheres to the prescribed standards.

In case the sample fails to conform to the Indian standards, the project developer will be penalized under the provision contained in the Quality Control Order and guidelines of the MNRE.

The MNRE order has also specified that it will bring out a list of test labs approved by BIS by the end of March, 2018.

For inverter testing, test labs have been requested to obtain approval of BIS by March 31, 2018, for testing inverters of capacities up to 100 kW and by September 1, 2018, for capacities more than 100 kW. 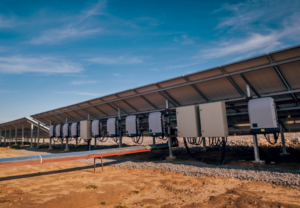