The Ministry of New and Renewable Energy (MNRE) has clarified its stand on the release of performance bank guarantees (PBGs) to developers.

The government earlier announced that the supply chain disruptions caused due to the pandemic would fall under force majeure. The government acknowledged that they were issues in the movement of goods and services following the lockdown, which led to liquidity issues for contractors. On May 13, 2020, the Department of Expenditure (DoE) under the Ministry of Finance (MoF) issued a notice clarifying that performance bank guarantees can be released to solar project developers as long as they do not have any defaults in their contractual obligations or to those who have claimed relief under the force majeure clause of their agreements.

In these circumstances, the government department or agency can return the amount based on the amount of work completed under the contract. It noted that if the contractor or supplier violated their obligations, the contractee need not abide by these directives. It further clarified that these guidelines were only applicable in the event of non-performance of obligations as a result of the COVID-19 pandemic and the nationwide lockdown.

The DoE also issued another notice on May 13, 2020, clarifying that the invocation of force majeure clause by contractors would only be valid if the parties did not have any defaults in their contractual obligations as of February 19, 2020. This was the date the government had announced that supply chain disruptions due to the spread of the Coronavirus would be considered a natural calamity under the force majeure clause.

On June 25, 2020, the MoF issued a notification clarifying that its guidelines for returning performance security amounts would apply to all government agencies. The Ministry said that there were doubts about whether central public sector undertakings (CPSUs) would be included under the scope of government agencies. It explained that government agencies included central ministries or departments, their attached and subordinate offices, autonomous bodies covered by the General Financial Rules, 2017, and CPSUs.

This notice also stated that parties involved in Public-Private Partnership (PPP) concession contracts (construction or work contracts, goods and services contracts, and PPP contracts with government agencies) with a completion date on or after February 20, 2020, would receive a three to six months’ extension without any cost implications or penalties on the contractor.

The duration of the extension will be decided on a case-to-case basis based on the period for which the performance of obligations was affected by the force majeure events.

Mercom India Research had also reported in its newly-released Q2 2020 India Solar Market Update that solar project construction activity had come to a standstill as the coronavirus pandemic disrupted every aspect of the economy.

Recently, the MNRE issued a notification saying that all under-development renewable projects as on the date of the lockdown would be given an extension of five months. The extension would apply from March 25, 2020, to August 24, 2020. If invoked by renewable developers, this blanket extension will be given without a case to case examination, and no evidence will be required for the grant of such an extension.

Mercom had previously written about the stranded EMDs, and PBGs have been adding to the liquidity problems for developers. 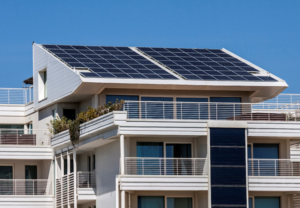 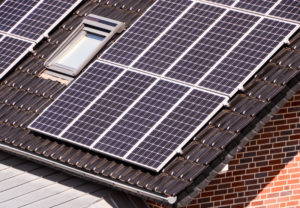