Demand is increasing but supply is like to remain constrained 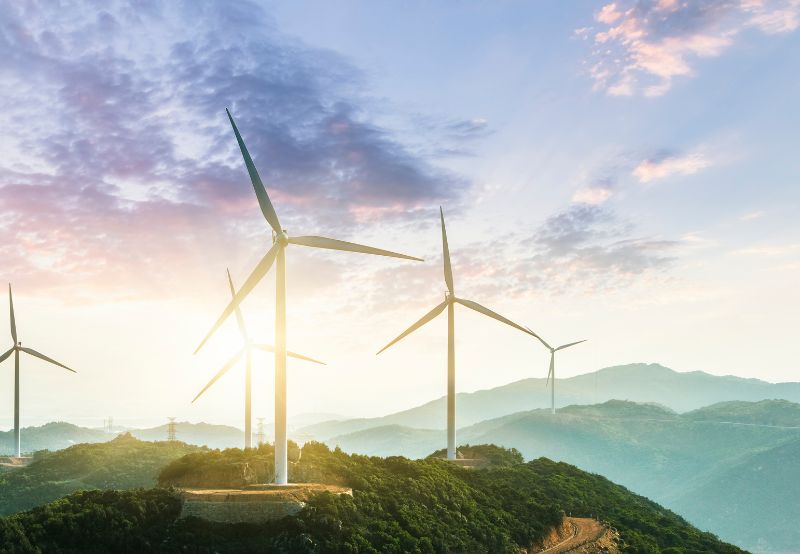 It said that the demand for key metals used in solar, wind, batteries, and electric vehicles equipment will grow fivefold by 2050, under BNEF’s so-called Net Zero Scenario.

“Supply, on the other hand, is constrained due to a lack of investment, increasing country risk toward mining, and ever more depleted reserves,” the report said.

It added that the country-specific barriers remain the key bottleneck in the development of new mining projects.

The global economic slowdown and the need for countries to secure supplies of critical metals have led to the resurgence of resource nationalism and higher resource taxes, it added.

Such interventions are detrimental to investments in new mines. Given the importance of these metals to the energy transition, governments must strike a balance between meeting the immediate needs of their local economies and the long-term ambition of a global net-zero future.

Kwasi Ampofo, head of metals and mining at BNEF and lead author of the report said, “The energy transition has put a spotlight on raw materials. It presents an opportunity and a responsibility as well. Responsible mining must underpin the extraction of the resources needed to meet this demand. Mining is the bedrock of the energy transition, hence, the industry must lead the way, by first decarbonizing its own footprint.”

In BNEF’s Economic Transition Scenario in 2050, the metals demand from fossil-fuel-based power plants (coal and gas) accounts for less than 6% of the total demand in power generation.

It would represent a decline from about 16% in 2022. Meanwhile, metals consumption in renewables and battery storage would more than double over the same period.

Yuchen Huo, a metals and mining analyst at BNEF said: “Despite the bearish outlook for metals used in fossil-fuel technologies, the energy transition could lead to a super-cycle for the metals and mining industry. This cycle will be driven by massive expansions in clean energy technologies, which would spur demand growth for both critical minerals and traditional metals.” 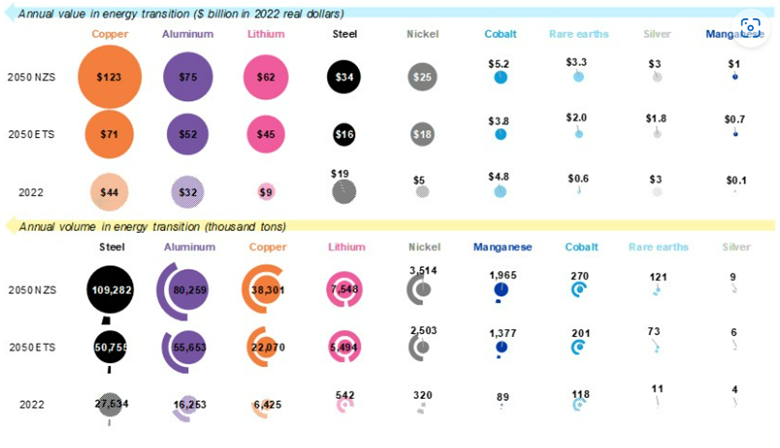 Fig: Market value and share of transition metals demand for 2022 and 2050

Note: ETS is an economic transition scenario, and NZS is a net zero scenario. Energy transition includes power generation, battery storage, power grids, and transport sectors. The outer circle for volume represents the share of energy transition in overall demand for each metal.

This lack of confidence in mining activity is a result of various interrelated factors that include recent market volatility and the complexity of developing new mines. One promising route for firms to tackle the barrier of raising capital is by improving their ESG performance. This will enable companies to distinguish themselves in the capital markets.

Ashish Sethia, global head of commodities, energy, and environmental markets at BNEF said: “The mining industry has a trifecta of challenges – raising supply, keeping costs low, and reducing its environmental and carbon footprint at the same time. It is like solving a Rubik’s cube. Not easy but not impossible to do”.

A recent BNEF report said that the search and development for clean energy sources represents an investment opportunity worth about $46 trillion.