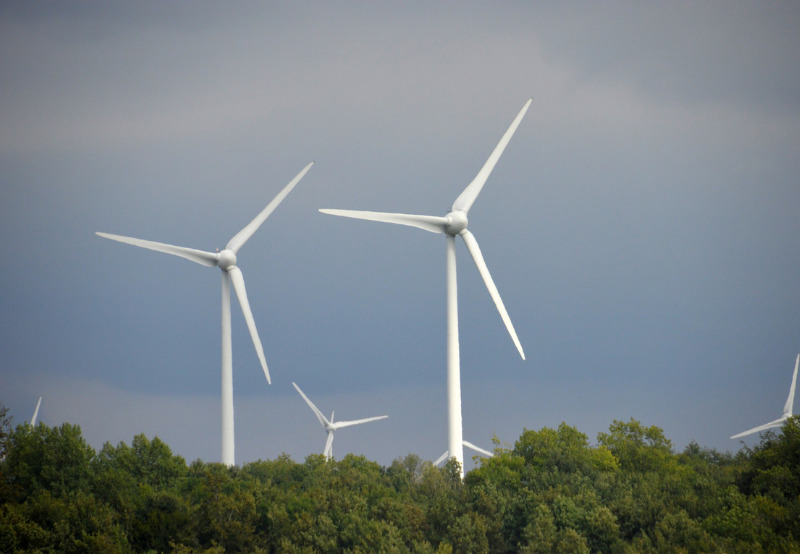 The State Regulator also clarified the wind power procured from these projects to be eligible for fulfilling MSEDCL’s non-solar renewable purchase obligation (RPO) for the respective periods.

In April 2019, MERC had directed MSEDCL to procure wind power through a competitive bidding route from wind power projects under Group II, III, and IV, whose energy purchase agreements (EPAs) with MSEDCL had expired. MERC had also allowed MSEDCL to set the ceiling rate at ₹2.52 (~$0.034)/kWh, which was not more than the rates approved for the short-term procurement of wind energy.

In July 2019, the Commission had approved for deviation sought by MSEDCL in the standard bidding guidelines for 500 MW wind power procurement from EPA expired wind generators. MSEDCL was directed to approach the Commission for the adoption of the final tariff only after completion of the competitive bidding process.

The Commission, in January 2021, had opined that the utilities should determine the ceiling rate as per their due diligence. MERC had also stated that MSEDCL may draw a cue to cap the ceiling rate to the tariff discovered for the new wind projects in Maharashtra or at the national level by agencies like SECI. However, the competitiveness of such a rate will be dealt with by the Commission at the time of the adoption of tariff.

MSEDCL had floated tenders for 1,650 MW during the last three years but received a very poor response, resulting in contracting with 89.25 MW capacity, 5.40 % of tendering capacity. Hence, MSEDCL could not add the capacity, which increased its non-solar RPO shortfall.

MSEDCL observed that most of these tenders of post EPA expiry received very poor responses due to the low commercial attractiveness of the ceiling tariffs. It also noticed that generators with such projects were selling electricity in open access markets for better prices.

MSEDCL noted that its ceiling tariff for post EPA expiry needs to be less than the discovered tariff for new projects, which is ₹2.77 (~$0.037)/kWh in the case of SECI’s Tranche-X Wind tender. Hence, MSEDCL decided to raise the ceiling tariff to ₹2.65 (~$0.035)/kWh.

Accordingly, MSEDCL floated the tender for procurement of 500 MW wind power from Intra-state wind projects whose EPAs with MSEDCL were expired or are going to expire by March 31, 2022, at a ceiling tariff of ₹2.65 (~$0.035)/kWh.

The PPA term under this bid was 12 years because the useful life of wind turbine generators is 25 years and the long term expired EPA was for 13 years.

When technical bids were opened, all 15 bidders who had submitted their bids were technically qualified. However, the Request for Selection (RfS) conditionality stipulated that the wind projects, whose previous long-term EPA was expiring on or before March 31, 2022, are only eligible to participate.

It was observed that out of the 50.4 MW capacity applied by CLP Wind Farms (Khandke), its eligible capacity was only 37.6 MW, as 12.8 MW capacity would only expire in May/June 2022.

As the total quoted capacity was only 157.9 MW against the 500 MW tender capacity, an e-reverse auction didn’t take place for this tender. So MSEDCL requested the adoption of tariff for 157.9 MW of wind power discovered through competitive bidding under Section 63 of the Electricity Act, 2003. 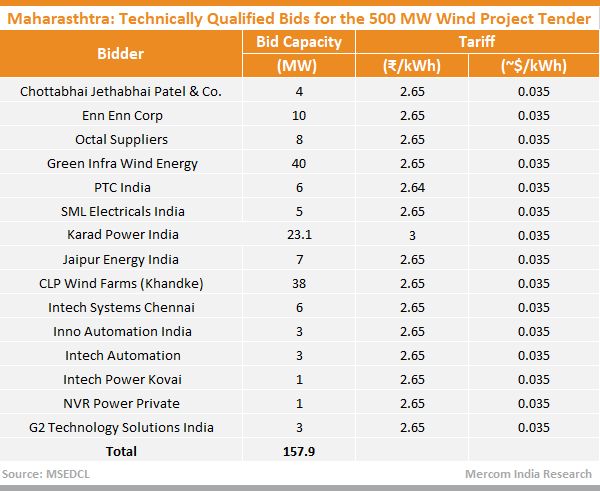 CLP Wind Farms (Khandke), which had received the letter of award for 37.6MW, changed its name to Apraava Wind Energy (Khandke).

The Commission noted that MSEDCL conducted a transparent bidding process after seeking approval for deviation from bidding guidelines. Further, tariff discovered through a competitive bidding process is lower than discovered by SECI in Tranche-X Wind tender.

The Commission noted that such tariff comparison is unfair as SECI’s bidding is for new wind projects. In contrast, MSEDCL’s bid is for existing wind generators with expired EPA. In either case, for MSEDCL as a distribution company, this energy would meet its non-Solar RPO at a tariff of ₹2.65 (~$0.035)/kWh.

Accordingly, in line with the mandate under Section 63 of the Electricity Act 2003, the Commission deemed it fit to adopt and approve tariff of ₹2.65 (~$0.035)/kWh for 157.9 MW of wind projects for 12 years from the date of expiry of existing EPA on a generic tariff.

Regarding the name change, the Commission noted that the issue seems to be premature, and hence it is not inclined to make any observation on the matter.

MERC had directed MSEDCL to develop a timebound and transparent mechanism to ensure payments to power generators. It asked MSEDCL to develop the plan within a month and report the compliance, failing which it would be compelled to initiate action against MSEDCL’s officials.