Malaysia’s Renewable Energy Target for 2025 Will be Driven By Solar: Report

The Malaysian Government introduced the net energy metering 3.0 program to encourage locals and businesses to install solar systems on their property 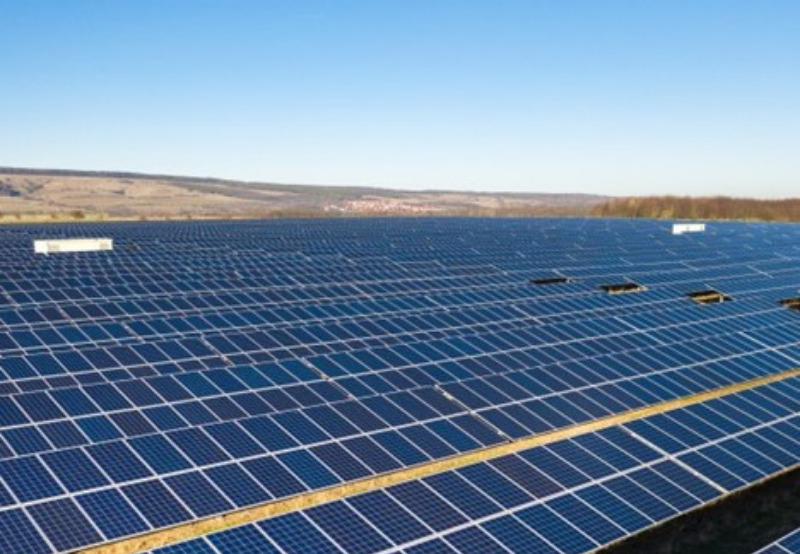 Malaysia’s 2025 target to have 31% of total power capacity from renewable energy sources is expected to be supported by the strong solar sector growth, Fitch Solutions, a London-based research firm, said in its latest report.

The report said solar power capacity growth would be higher than hydropower and would play a vital role in achieving the country’s 31% renewable energy target.

Under the large-scale solar program, the Government invited bids for solar projects in 2020 and 2021. Despite being launched during the Covid-19, the tenders received a good response with 112 bids for 20 projects. As per the report, the capacity of these tenders is expected to be 490 MW by the end of 2021 and 823 MW by the end of 2023.

Earlier in March, The Energy Commission of Malaysia completed the competitive bidding process to develop 823 MW of LSSPV (Large Scale Solar Photovoltaic) Projects in Peninsular Malaysia for commercial operation in 2022 and 2023. 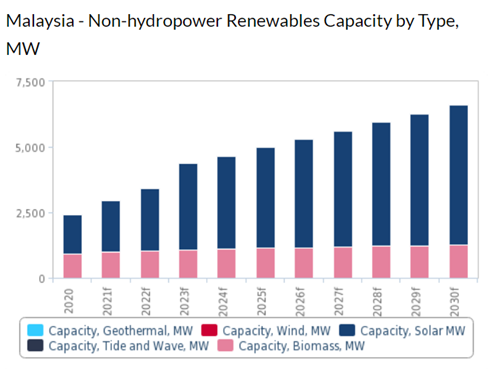 The Malaysian Government also announced not to develop any new coal power plants. The Government would encourage industries to explore opportunities for floating solar farms and waste-to-energy projects.

In addition, the Ministry of Energy and Natural Resources introduced the Net Energy Metering 3.0 program to encourage locals, businesses, and government agencies to install solar systems on their property. The program incentives solar system adoption by allowing participants to offset power bills by sending excess solar energy to the grid. The program is expected to increase solar growth by at least 500 MW through decentralized solar systems implementation.

The report notes that hydropower will also significantly contribute to the renewable energy mix, including the 1,285 MW Baleh Hydroelectric project that will come online in 2026.

Last month, the Government also launched Green Electricity Tariff (GET) program to enhance renewables’ growth. The program aims to enable consumers to reduce their carbon emissions by buying green energy. For the program, subscribers need to pay an additional 0.37 MYR (~$0.88)/kWh of renewable power to be provided with a Malaysian Renewable Energy Certificate. The Government is expected to distribute around 4,500 GWh of renewable energy under the program.

The program already received commitments from nine companies, including Tenaga Nasional Berhad, HSBC, Nestle, and CIMB Bank. In addition, the Energy Commission, Sustainable Energy Development Authority, and MyPower Corporation, and all government bodies also committed to purchasing their total power from the GET program.