The industry calls for easing the approval process for solar projects 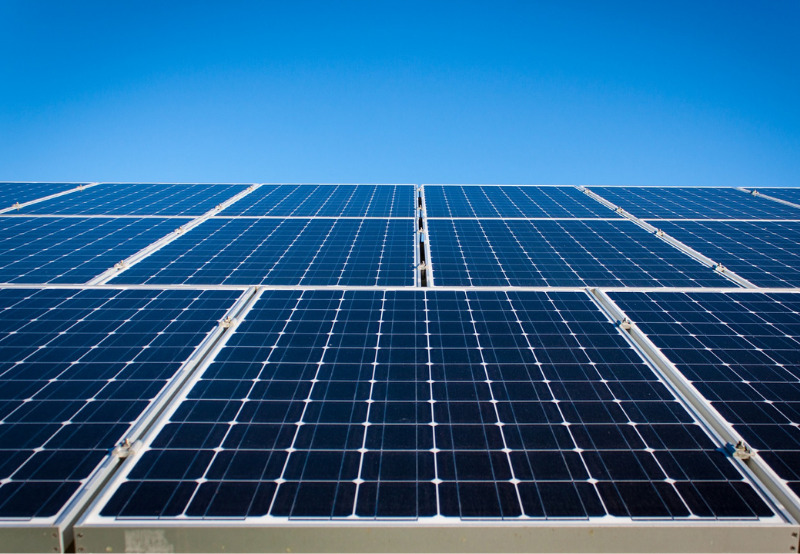 The solar industry is optimistic about achieving the Maharashtra government’s target of installing 13 GW of solar projects by 2025 and has called for creating an investment-friendly environment and proactive implementation of the policy regime to realize the target.

In January this year, the Maharashtra government announced its ‘Unconventional Energy Generation policy,’ which aims to implement 17.36 GW of transmission system-connected renewable power projects, including 12.93 GW of solar projects, by 2025. 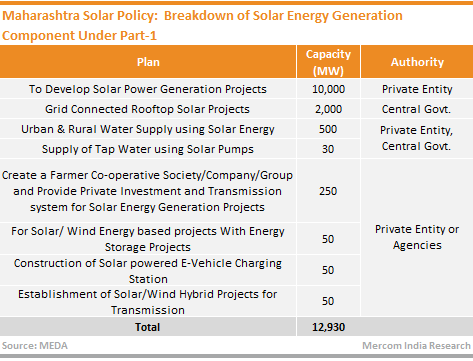 Mercom spoke to representatives of solar companies to elicit their views on the new renewable energy policy.

Surajit Chanda, General Manager – Business Development, Aditya Birla Renewables, said Maharashtra was one of the early movers on the renewable energy front by announcing its targets in line with the central government’s plan to have 450 GW of renewable capacity by 2030.

“The target seems achievable, but the government needs to avoid delays in providing transmission connections and ease the approval process for solar projects. It has to create an investment-friendly environment for investors.”

“Recently, some auctions have been canceled because their tariffs differed from those in later auctions. This should not happen in the future, and the letters of award and power purchase agreements should

be honored. Agencies must not cancel the auction or renegotiate power tariffs to discover lower tariffs,” Chanda said.

This is also the case in Gujarat where the Commission recently allowed the distribution company to cancel the 700 MW solar auction in the state’s Dholera Solar Park and retender it in an attempt to discover a lower tariff for the projects.

Nikhil Nahar, Director at SolarSquare Energy, also believes that the target can be met. “Policy implementation has to be easy, clear, and stable without frequent changes. The government should implement an online and time-bound single-window clearance system to develop solar projects.”

Animesh Damani, Managing Partner, Artha Energy Resources, said the policy would help the state achieve its target of 40% electricity generation through renewable sources by 2030. The 2GW target for the rooftop solar segment seems easily achievable and should be increased to 5 GW as the state has a vast potential that will remain untapped.

“However, there is a need for payment discipline from the Maharashtra State Electricity Distribution Company to improve investor confidence. The approval process for a grid-connected system, whether on open access or a net-metering basis, is extremely time-consuming. All these issues need to be resolved on the ground level to encourage private participation in this ambitious solar policy,” he added. 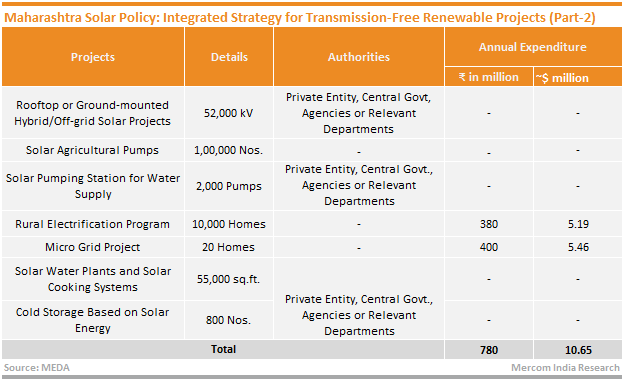 According to Chanda, the inclusion of the rural electrification program and microgrid projects in the policy is a good move. It can help provide power in areas far away from grids and difficult for distribution companies to reach. The implementation of solar agricultural pumps and solar pumping stations will benefit the farming sector.

Damani said the government’s decision to refocus its efforts on Maharashtra’s rural sectors addresses a significant opportunity in the state. “it will open revenue lines and generate direct and indirect employment. Moreover, it is likely to encourage entrepreneurship in the field of off-grid solar, solar pumps, solar-powered cooking systems, solar-powered cold storage, amongst others.”

According to Mercom’s India Solar Project Tracker, Maharashtra has 1.6 GW of operational solar capacity, with 1.2 GW of projects in the pipeline as of September 2020.