Maharashtra has come up with a draft regulation for grid-interactive rooftop solar projects that says that the state could go back to gross metering, rolling back net metering for all segments except residential.

“All categories other than the residential category may set up the renewable energy generating system only under the net billing arrangement,” states the order.

Further, the cumulative capacity of all renewable energy generating systems under net metering or net billing arrangements connected to a particular distribution feeder of the DISCOM will only be up to 40% of its rated capacity.

Under the “Net Billing Arrangement,” the energy generated by a rooftop solar system is sold to the distribution company (DISCOM) at an approved grid tariff, while the same consumer purchases the power at retail tariff. This means that the rooftop solar installer will be purchasing power at a higher cost but selling power at a lower price to the DISCOM.

Under a net metering arrangement, the energy consumed and supplied to the grid is set off and then billed.

The minimum size of the renewable energy generating system that can be set up under net metering and net billing arrangement would be 1 kW.

These systems are exempt from wheeling charges, banking charges, cross-subsidy surcharge, transmission charges, and other surcharges.

All units of renewable energy purchased by the DISCOM will qualify towards meeting its renewable purchase obligation (RPO).

Under the net billing arrangement, the entire quantum of electricity recorded by the generation meter will qualify towards meeting the RPO of the DISCOM.

These regulations by the Maharashtra Electricity Regulatory Commission would apply to solar systems under net metering and net billing arrangements. However, consumers with pending arrears with the DISCOMs will not be eligible for net metering or net billing.

Net metering was introduced in India as a measure to make distributed renewable energy more accessible and economical for electricity consumers across the country. However, implementation has been rocky on the ground. Many states are hesitant to provide a robust environment for rooftop solar, as DISCOMS does not want to sacrifice premium customers who pay a high tariff.

Speaking to Mercom about the development, Jayant Mhetar, the CEO of Ztric India Private Limited, said that the MERC’s draft is detrimental to the growth of solar installations in Maharashtra.

“This policy change is against Prime Minister Narendra Modi’s ambitious renewable energy mission. The development of rooftop solar is important for India if it were to achieve its 2022 target of 175 GW.  The recent draft by the MERC proposes the removal of net metering policy, which will completely end the rooftop solar industry in Maharashtra. The majority of the small and medium-sized manufacturing industries are already under economic pressure, so if these benefits are taken out, then solar projects will become unviable for most of them. Many small and medium-size companies are involved in rooftop solar installations. If the MERC draft proposal is implemented, it will lead to a significant reduction in the business and even closures of many small and medium companies.”

“As rooftop solar projects are located at the site of consumption, losses due to transmission are very negligible. Rooftop solar also provides a thermal shield on the rooftop and reduces the cooling requirement,” Mhetar opined.

The managing director of Fourth Energy India, Giridhar Babu Inampudi, said, “If this regulation gets implemented, then the solar installation capacity will decrease whereas the cost will shoot up. This will also have an adverse effect on the employment market as the demand will be less, so will be the supply.”

Citing an example, he said that if a consumer has installed a 2 MW project for day time and another 2 MW for the night, then the surplus of 1 MW of energy generated during the day time will be exported but if net metering is stopped, the consumer will then be compelled to install only 1 MW instead of 2 MW, due to the lack of export facility and cost factor.

“There is a complete disconnect between the central government’s goal of achieving 100 GW of solar by 2022 and the states’ short-sightedness in rolling back net metering. While these rollbacks are intended to alleviate DISCOM losses, they ignore the economic impact on jobs and pollution,” said Raj Prabhu, CEO of Mercom Capital Group.

As reported previously by Mercom,  Maharashtra State Electricity Distribution Company (MSEDCL) previously proposed in a petition to shift from net metering to gross metering, a move that could make rooftop solar unviable for many consumers.  Currently, some states, such as Karnataka, Andhra Pradesh, and Uttar Pradesh, allow consumers to choose between a net-metered and a gross-metered system.

In a comprehensive analysis, Mercom recently analyzed the role of the net metering mechanism in the domestic rooftop solar segment. 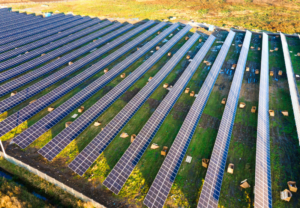 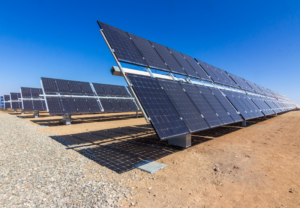 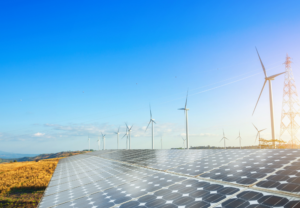