The tender was floated in May this year 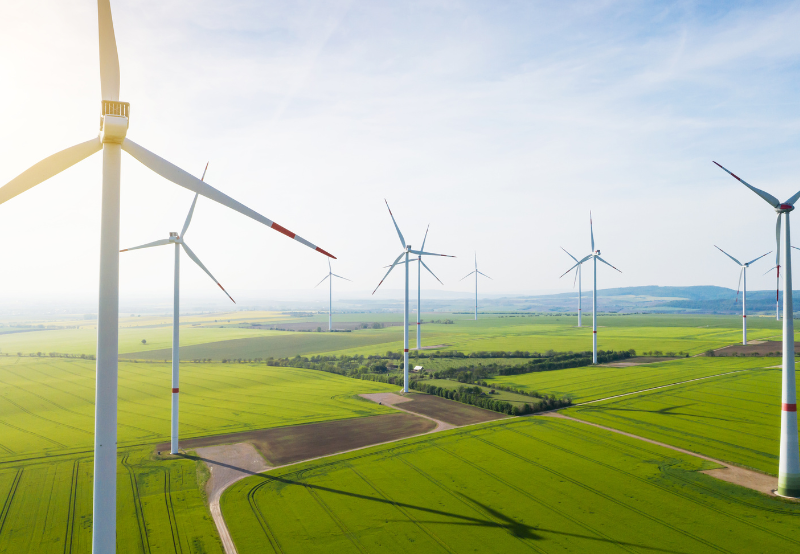 The tender also came with a greenshoe option for an additional capacity of up to 500 MW.

The tender was floated in May this year.

GUVNL will enter into power purchase agreements (PPAs) with the successful bidders for 25 years from the scheduled commercial operation date of the project or the date of full commissioning of the project, whichever is earlier.

Only certified wind turbine models listed in the Revised List of Models and Manufacturers (RLMM) prepared by the Ministry of New and Renewable Energy (MNRE) will be allowed for these projects.

The successful bidders will have to declare the annual capacity utilization factor (CUF) of the project at the time of signing of PPA, and the same will be allowed to be revised once within the first three years. The declared annual CUF should not be less than 22%. The successful bidders should maintain generation to achieve annual CUF within +20% and -20% of the declared CUF during the PPA duration of 25 years.

If for any year, it is found that the successful bidder has not been able to generate minimum energy as per the permissible lower limit of annual CUF declared by them, they will be liable to pay the compensation at 50% of the tariff to GUVNL.

The lowest tariff of ₹2.84 (~$0.036)/kWh discovered in this auction is higher by nearly 17% compared to the lowest wind tariff so far of ₹2.43 (~$0.030)/kWh discovered in GUVNL’s wind auction in December 2017. The increase in tariff bodes well for wind developers who are facing challenges on various fronts. 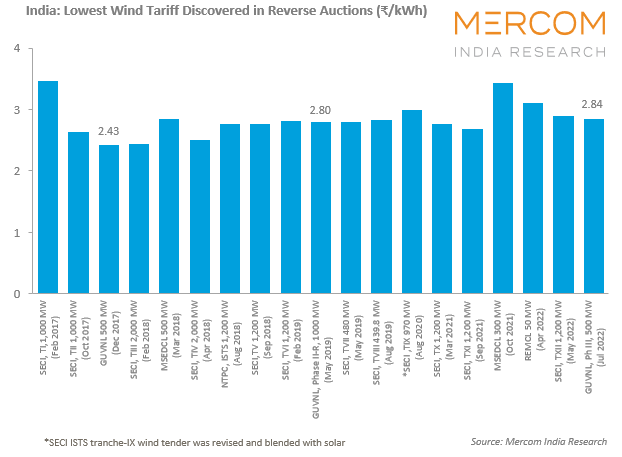