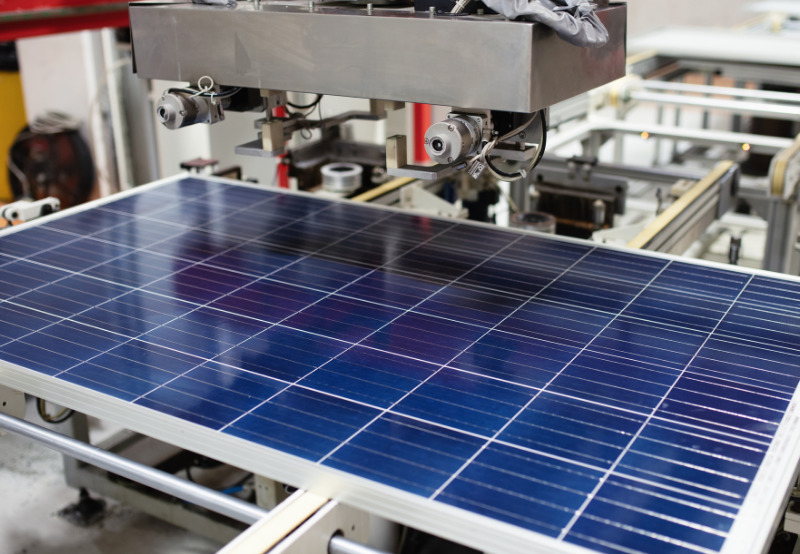 The top three module suppliers accounted for 33% of the total market share. Adani Solar, Waaree, Vikram Solar, and RenewSys were the Indian players in the top 10 list. 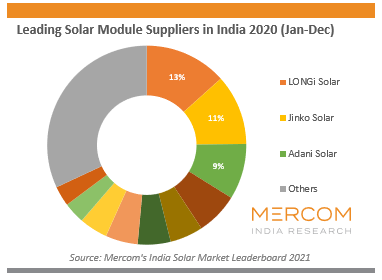 LONGi Solar registered the biggest jump in growth compared to 2019 and climbed from the eighth position in 2019 to settle at the first spot in 2020.

In 2020, module imports were affected negatively because of the impact of the Covid-19 pandemic and travel restrictions. However, the top 10 module suppliers delivered over 7 GW of modules to the Indian solar market in 2020.

According to the report, polycrystalline modules led the way with over 59% of the total modules supplied to the country, while mono modules constituted 41% of the overall supply of modules.

The government is bringing in initiatives to promote domestic manufacturing that can compete with the Chinese supplies.

Waaree, Adani Solar, and Risen Energy had emerged as the top three suppliers of solar modules in India in terms of shipments in CY 2019. The three manufacturers had accounted for approximately 25% of the total market share.