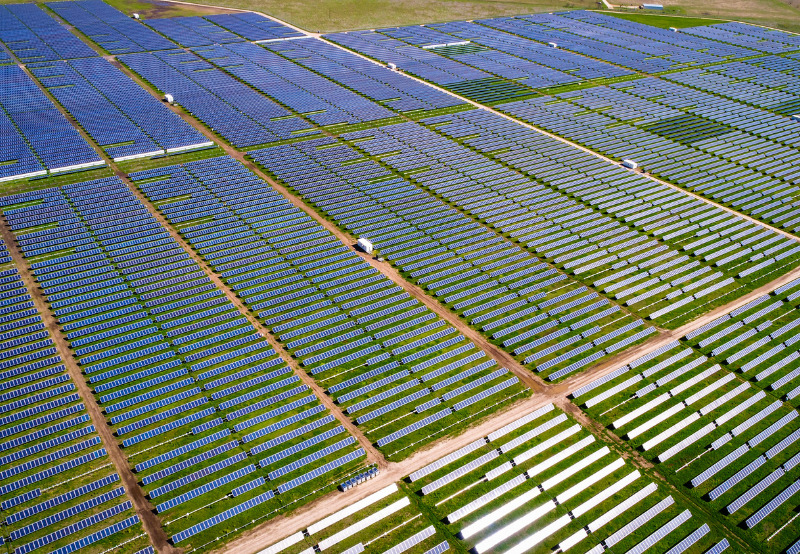 There were seven award categories in the Mercom India Solar Awards 2021, and winners were chosen based on project innovation, challenges overcome, uniqueness, and impact on the community, economy, and the environment.

The project was commissioned on May 3, 2019, in Kadapa, Andhra Pradesh, and it is the largest solar project implemented by ENGIE in India.

ENGIE selected string inverters for the project instead of the central inverter solution, resulting in high plant availability among all of the company’s solar power projects in India.

Engie used Mahindra Susten as the EPC contractor. Jinko supplied modules for the project, and Huawei supplied the inverters.

The project’s geotechnical conditions comprised rocky terrain and hard strata, which led ENGIE to design cable routes by using overhead trays instead of underground trenches. The cable trays were designed for all-terrain conditions to facilitate the projected slope and other challenging geotechnical conditions, which helped speed up the project cabling and completion of the project before the targeted schedule. This has several advantages like fewer cable faults, ease of cable fault detection, and cable replacement.

Two logistic vendors were engaged for the project to minimize the risk of deploying a single vendor for all containers. The charges related to customs clearance and transportation were based on zero advance payment so that vendor takes full responsibility for consignment, and further payment was made only after safe completion of various processes. The project plan was clearly defined with the roles and responsibilities of every department. An employee of the logistic vendor was deployed in the office for better coordination during each phase.

The project’s module installation was completed before time with an installation rate of 6 MW a day. To achieve this, the details of containers and modules bin class were tracked and unloaded at respective module mounting structure locations as per the layout requirement, which made it easy to avoid inside project transportation and breakage of modules.

The best safety practices were adopted during the project’s engineering, procurement, and construction (EPC). For the safety of operating personnel, a unique key interlocking system was implemented such that no person can enter the transformer and switchgear area unless the equipment is de-energized.

For the project’s O&M, some of the best practices were employed, including installing a soiling station, drone thermography, IV cure analysis, and string monitoring.

Some of the best practices followed in O&M for the smooth operation of the project include:

String monitoring: String inverters help O&M personnel to analyze up to string level. Each string is monitored through SCADA, resulting in saving man-hours used for problem detection and resolving the issues in such a large project. This is also one of the key reasons for maintaining plant uptime and improving generation compared to other projects.

Security: The installation of CCTV cameras to cover the project’s overall boundary and installing watch towers at strategic locations helped reduce the security manpower and cost.

In September last year, the Asian Development Bank and ENGIE signed a long-term loan agreement worth ₹4.66 billion (~$65.6 million) to develop and operate a 200 MW (AC) solar project in Gujarat.