In a recent order, Karnataka Electricity Regulatory Commission (KERC) has dismissed a petition filed by  Koppal Green Power Limited against Gulbarga Electricity Supply Company Limited (GESCOM) asking it to pay an interest of ₹4.2 million (~$60,678) towards the delayed payment of differential tariff for the power supplied.

The petitioner, Koppal Green Power, owns and operates a biomass-based generating company with an installed capacity of 6 MW.

The petitioner had entered into a Power Purchase Agreement (PPA) on March 30, 2001, with the Karnataka Power Transmission Corporation Limited (KPTCL) for the sale of energy to the state grid.

Later, the PPA was assigned to the Gulbarga DISCOM. A supplemental PPA was then signed on March 24, 2011, between Koppal Green and GESCOM at a tariff of ₹4.3524 (~$0.063)/kWh without escalation, for ten years.

With the increase in biomass fuel cost and other expenses, Koppal Green Power filed a petition before the commission requesting for a supplemental PPA to reflect the revised tariff instead of the existing tariff of ₹4.3524 (~$0.06283)/kWh. It also asked the commission to direct GESCOM to pay the amount overdue of the differential tariff.

In response to the petition, the commission directed GESCOM to execute the supplemental agreements with Koppal Green, incorporating the revised tariff. The commission ordered GESCOM to make the due payment, within two months from the date of the order.

Then,  another petition was filed claiming interest (late payment charges) for the delay in making the payment of the differential amounts.  The interest for the delayed payments was claimed as per the provisions in Article 6.3 of the PPA, which reads:

In response, GESCOM duly pointed out that Koppal Green should have claimed the interest in its initial petition. Instead, it waited for the differential tariff amount overdue to be paid first and are now claiming the payment of accrued interest.

After hearing both the parties, the commission concluded that Koppal Green is not entitled to any of the reliefs it has asked for.

In December 2018, the Uttar Pradesh Electricity Regulatory Commission (UPERC) had disapproved three standardized power purchase agreements for the procurement of 32.5 MW of bagasse-based power from generators by the Uttar Pradesh Power Corporation Ltd.

Hussain Babu is a Research Associate at Mercom India. Before Mercom, Hussain was a Researcher at the Alliance for Energy Efficient Economy and part of the State Energy Efficiency Index report, focusing on policy research. He earned his Master’s in Energy from Savitribai Phule Pune University.

Hussain Babu is a Research Associate at Mercom India. Before Mercom, Hussain was a Researcher at the Alliance for Energy Efficient Economy and part of the State Energy Efficiency Index report, focusing on policy research. He earned his Master’s in Energy from Savitribai Phule Pune University. 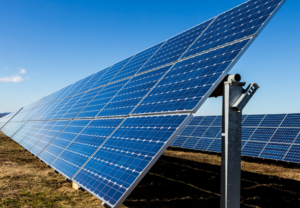