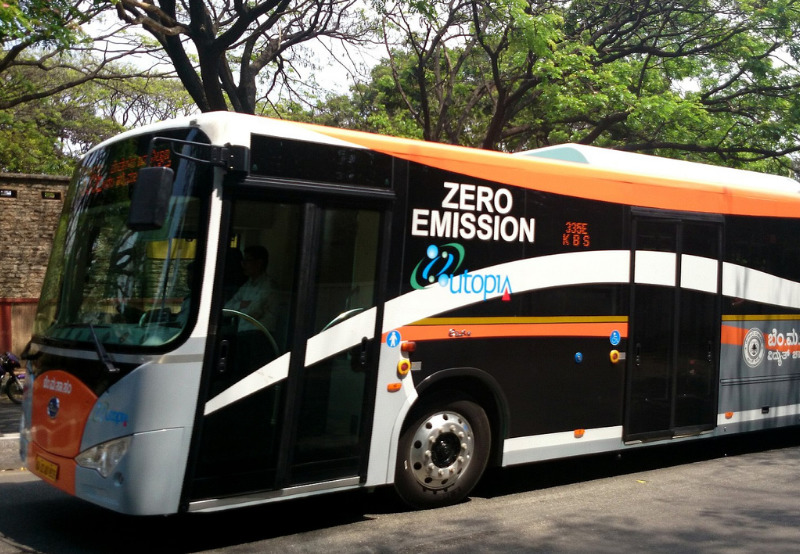 The tender has been floated under the Faster Adoption and Manufacturing of (Hybrid) and Electric Vehicles-II (FAME II) program. The length of the electric buses should be 12 meters.

A wet lease generally means that the lessor will provide the equipment (electric buses) along with crew members, adequate maintenance, and insurance necessary to operate.

The scope of work would include the supply, maintenance, and operation of the contracted non-AC electric buses in compliance with the terms of the fleet deployment program, schedule program, and requirement of KSRTC. The age of the buses should be less than six months from the date of manufacture.

Interested bidders will have to submit an amount of ₹2 million (~$27,008) as the earnest money deposit (EMD).

The KSRTC will ensure buses running for at least 910,000 km per bus on an average during the entire contract period. The contract tenure will be for 15 years. The range in single charging should be a minimum of 200 km in Kerala’s actual traffic conditions.

The central government will provide ₹5.5 million (~$74,273) per bus as a demand incentive for the operation of one electric bus for a 910,000 km distance.

To participate in the bidding process, the bidder should be an Indian manufacturer of electric busses having a manufacturing facility in India. The bidder should ensure that all the buses should satisfy minimum technical eligibility criteria notified under the FAME India program at the time of the supply of buses.

If the bidder is an operator, he should produce an authorization letter from the manufacturer of buses offered in the tender.

As per Mercom’s India Tender Tracker, Kerala has so far issued tenders for 1,750 electric buses.

Previously, Mercom reported that KSRTC had issued a tender to lease 1,500 electric buses.  It has issued three separate tenders for 500 (500*3) electric buses for ten years. The three tenders were for three different zones: Thiruvananthapuram, Kozhikode, and Ernakulam.