The project is located at Kerala’s Pallakad

The PPA is for the sale of electricity from the 16 MW wind energy project commissioned at the Kinfra Textile Park at Palakkad. The Commission has asked the tripartite PPA to be submitted before the Commission for approval. The Commission has also asked to register the power of attorney given by INOX to Damodar Jagannath Malpani for the project.

In April 2019, Damodar Jagannath Malpani had filed a petition for the approval of the PPA to be signed with KSEB.

The Commission further clarified that any person authorized by the petitioner INOX could sign the PPA with KSEB.

In response, INOX filed a petition before the Commission for the approval of the PPA, but INOX later reported that D J Malpani made the entire investment in the project.

KSEB presented that it had initiated the PPA with D J Malpani for the purchase of the electricity generated from the 16 MW wind power project at the tariff approved by the Commission.

The Commission noted that as per the power of attorney, the role of the D J Malpani is limited to an investor to receive payments for the energy injected from the project into the grid. Accordingly, D J Malpani is authorized to sign the PPA with KSEB.

The Commission stated that an unregistered power of attorney is legally not enforceable. In the present case, D J Malpani is claimed to be the investor, and INOX Renewables has given it the right to sign the PPA and get the payment of electricity injected into the grid. The authority granted to D J Malpani by INOX through is legally enforceable only if a power of attorney is registered as per the provisions of the Registration Act, 1908.

The Commission further noted that a tripartite power purchase agreement (PPA) should be signed between INOX, D J Malpani, and KSEB, specifying the role and responsibilities of each entity separately to avoid disputes and litigations.

The Commission also said that in the present case, the investor, D J Malpani had invested in the project in the form of equity. INOX does not have equity infusion, and so cannot claim the reimbursement of the income paid on return on equity from KSEB. 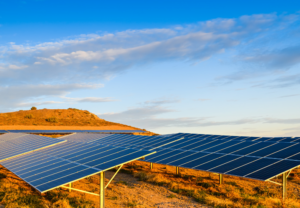