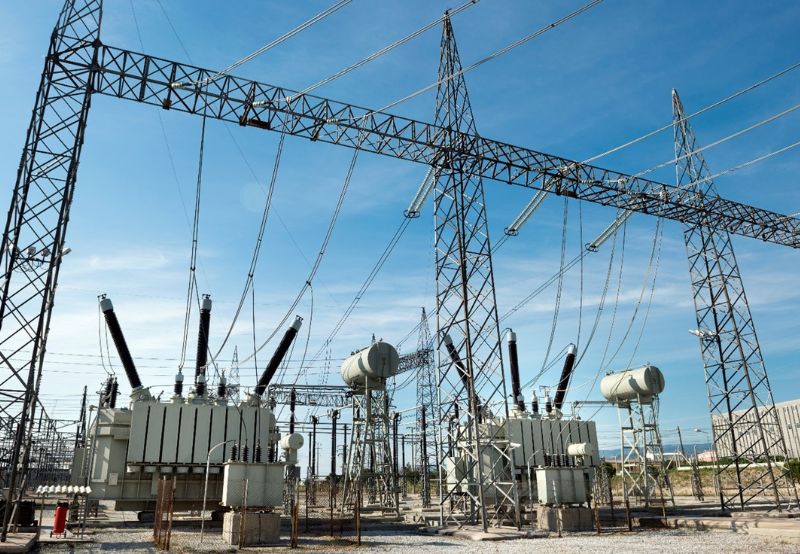 Apart from other open access charges, consumers will now have to pay an additional grid-support charge in the range of ₹1.57 (~$0.019)/kWh to ₹2.85 (~$0.035)/kWh, which many believe will be detrimental to the growth of captive open access power projects in the state.

The grid-support charges proposed by various DISCOMs for captive open access consumers in the state are given below: 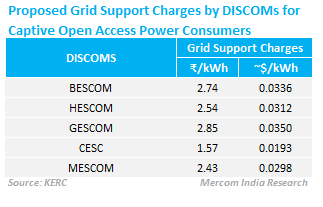 Additionally, DISCOMs have also proposed an increase in demand charges, which will put an extra burden on open access consumers.

The DISCOMs have requested the Karnataka Electricity Regulatory Commission (KERC) to increase the demand charges for HT consumers as it will help charge consumers with a reflective proportion of the fixed cost and also retain HT consumers.

Further, he said that the tariff inclusive of grid support charges is now ₹8 (~$0.098)/kWh for captive consumers, at which rate industrial consumers are getting power from the DISCOMs.

Moreover, the tariff revision petition filed with the state regulator has also proposed an increase in open access charges for FY 2023-24.

The cross-subsidy surcharge, additional surcharge, and wheeling charges proposed by the Bangalore Electricity Supply Company (BESCOM) are as under: 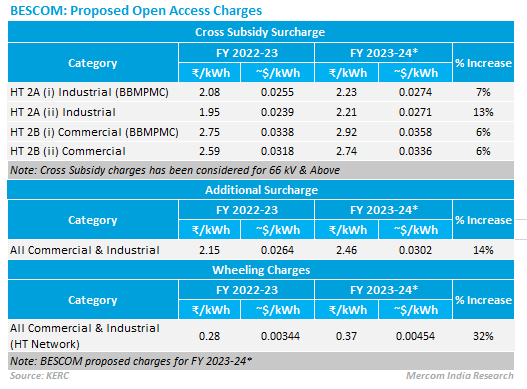 Further, BESCOM added that it had arrived at the wheeling charges considering the network and supply cost segregation methodology adopted by the Commission in its earlier order. The DISCOM proposed an increase of 32% in wheeling charges for FY 2023-24.