Adani had won these projects from KREDL in 2016 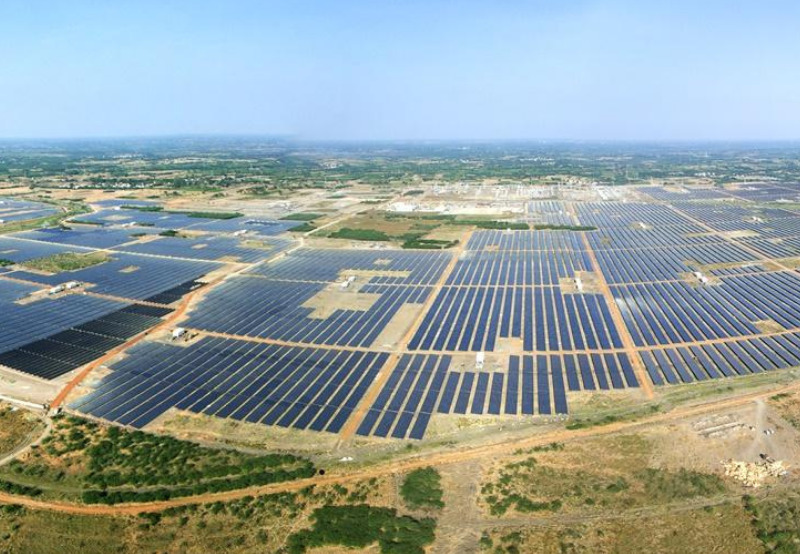 The distribution companies (DISCOMs)- Hubli Electricity Supply Company Limited (HESCOM) and the Karnataka Renewable Energy Development Limited (KREDL) were directed to pay AGEL the tariff of ₹4.79 (~$0.065)/kWh for both the projects as mentioned in the power purchase agreement (PPA).

Both projects are part of the tender floated by KREDL for 290 MW of solar projects for 17 talukas across Karnataka.

On May 30, 2016, Adani was granted the letter of award (LoA) for the Bydagi project. A supplemental PPA (SPPA) was executed, incorporating a few corrections and modifications between Adani and HESCOM on December 28, 2016.

On January 30, 2018, AGEL received the inter-connection approval from Karnataka Power Transmission Corporation (KPTCL) for connecting the project with the substation and successfully commissioned the project on the same day.

According to the PPA for both the projects, the developer had to achieve the financial closure, obtain evacuation approval, and documentary evidence of having clear title and possession of the land within eight months from the effective date of the PPA, unless the project was affected by any force majeure event. The scheduled commissioning date for the project was one year from the PPA signing date.

Adani had initiated land acquisition and approached KREDL for the acquisition of land on lease. However, there was a governmental delay in obtaining the clear title and possession of the land within eight months from the PPA’s effective date. As these circumstances were not within Adani’s reasonable control, it cited the delay as force majeure. Adani then wrote to the Government of Karnataka to intervene and direct HESCOM to accept the delay.

However, HESCOM said Adani had failed to meet the deadline and asked Adani to pay ₹1.2 million (~$16,110) as damages within seven days from the date of receipt of the letter. HESCOM also intimated Adani that it would also encash the developer’s bank guarantee of ₹20 million (~$268,572).

Besides the delay on the government’s part, Adani also contended that due to demonetization, all the business activities at the ground level were stalled for two to three months, impacting the land acquisition phase.

According to Adani, there was considerable delay in PPA approval by the Commission. Meanwhile, It also said that the effective date of the PPA needed to be revised from October 4, 2016, to December 28, 2016, when the supplemental PPA with modified terms was signed.

Adani claimed that unless the supplemental PPA was approved, the ‘effective date’ could not commence.

On the other hand, HESCOM and KTCPCL stated that the delay in commissioning has occurred due to Adani’s inability to fulfill the conditions on time, including land, labor, and procure material on the site.

The respondents argued there was no need for Adani to wait for the approval of the SPPA to apply for the conversion of the land. Both HESCOM and KPTCL blamed Adani for the delay. They added that the developer had to notify force majeure within seven days as stipulated under PPA, which Adani didn’t.

Observing these facts, the KERC declared that Adani was entitled to a tariff of ₹4.79 (~$0.065)/kWh as was signed originally in the PPA.

On May 30, 2016, Adani was granted the letter of award for the Chanapatana project. An SPPA was executed between Adani and HESCOM on December 28, 2016, incorporating certain corrections and changes.

Adani received the interconnection approval from the KPTCL on February 28, 2018, to connect the project within the KPTCL grid at the Byrapatna substation and successfully commissioned the project on March 2, 2018.

Like the Bydagi project, this project also suffered at the hands of governmental delays in land conversion, PPA approval delay, and demonetization. Moreover, in this case, Adani added that there were extraordinary delays in customs clearance of solar modules imported at the Chennai Port and Nhava Sheva Port due to wrong classifications.

In a similar petition filed recently, the Karnataka regulator denied Adani’s requests for relief under the force majeure clause of its PPA with BESCOM. The clause was invoked for delays in the completion of 60 MW of solar projects in the state.

In August 2020, KERC had ordered a petition for solar project delay can only be filed after commissioning the project.

Meanwhile, Appellate Tribunal for Electricity (APTEL) had set aside an order passed by the KERC reducing the approved timeline extension for the commercial operation date (COD) of a 50 MW solar project in the state.