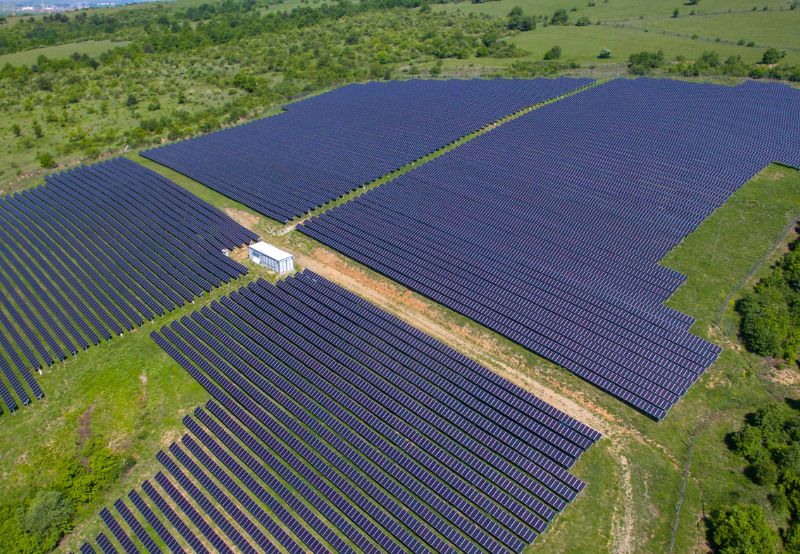 Karnataka was the top state for open access solar installations in the third quarter (Q3) of the calendar year (CY) 2022.

The state was followed closely by Maharashtra, Tamil Nadu, Andhra Pradesh, and Chhattisgarh.

The top five states accounted for over 83% of the total installations during the quarter. 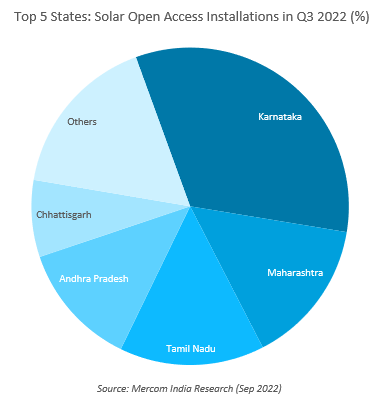 Karnataka remained the top state for open access solar throughout the year, accounting for a third of the installations during Q3 in India.

The state has one of the most favorable regulatory frameworks, offering stability and hassle-free installations with faster approvals and timely consumer bill settlements.

The third-party model for open access was rendered unviable as the state hiked the cross-subsidy and additional surcharges. Third-party projects constituted about 4% of the installations, while the rest were under captive and group captive mode.

The state is known for its highest electricity tariff in the country, which has been the primary reason for commercial consumers to switch to open access solar to cut energy costs.

Maharashtra’s multi-year tariffs provide developers with the bandwidth to plan and execute projects while protecting the investors’ and consumers’ interests.

The state allows 100% of the energy to be banked annually with a banking charge of just 2%, which favors the state’s open access consumers.

During the quarter, the state notified a multi-year tariff that specified open access charges for the next few years.

The retail tariff increase in the new order is expected to make captive and group captive open access adoption more attractive, as it also allows exemption of cross-subsidy surcharge and additional surcharge.

The third-party projects might decline due to the increased cross-subsidy surcharge and additional surcharge.

The state’s C&I entities are increasingly opting for captive and group captive solar open access projects because of their low landed costs compared to the electricity tariffs. Textile, cement, and battery manufacturing units were the primary open access consumers in the state.

Andhra Pradesh has the highest project pipeline, and the state DISCOMs have also started issuing timely project approvals to boost the installations in the state.

The state’s cross-subsidy surcharge exemption on the first 500 MW renewable open access installations was the primary reason behind the increased capacity addition.