Interview: Government Should Strike the Right Balance When it Comes to Safeguard Duty

In an exclusive interview, the heads of Jakson Group said that a 70 percent safeguard duty is too high and it would disrupt the entire country’s solar sector 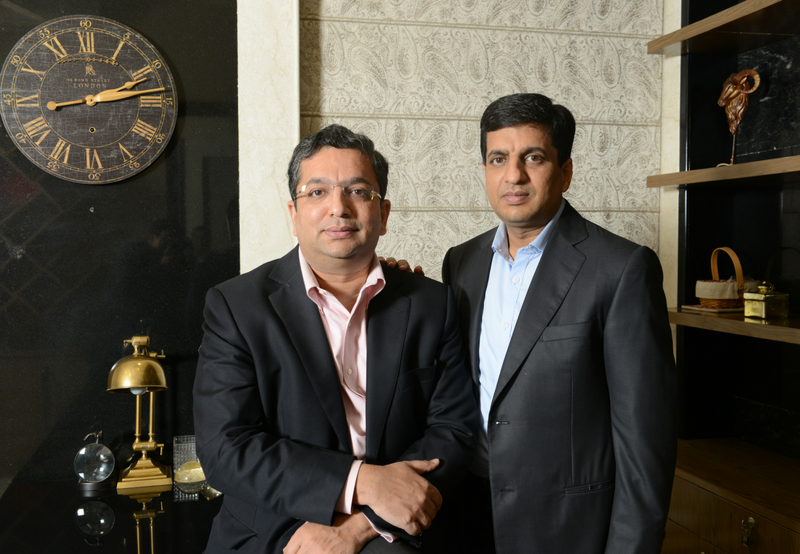 The domestic solar sector is in need of help, but the recommendation to impose a 70 percent safeguard duty, in all likelihood, is going to roil the sector, according to Sameer Gupta and Sundeep Gupta of domestic green energy company Jakson Group. The brothers also highlighted the need for the government to carefully consider the magnitude of the duties that will be imposed and encouraged it to find a threshold that would facilitate the creation of a more efficient and expansive domestic solar sector.

In the meantime, the executives said that bidding has become extremely competitive in the development and independent power producer (IPP) businesses, and many people think that the current rates are not viable.

Mercom sat down with Jakson Group Chairman Sameer Gupta and Vice Chairman Sundeep Gupta to discuss the status of the industry and its future possibilities. Here are excerpts from Mercom’s exclusive interview:

What are your views on the state of India’s solar sector?

We are very confident that the long term prospects of the solar sector in India is bright. The government is committed to meet its renewable energy targets and that intent is very clear. However, there are some important issues in the short term that require urgent attention, ignoring which may impact the long term goals.

There is still confusion in the industry about the proposed anti-dumping and safeguard duties, as well as the GST (Goods and Services Tax). Unless we have clear visibility on the safeguard duty, and because anti-dumping case will take some time, this state of confusion will prevail.

Broadly, the government is in sync in terms of whether they should grandfather any changes in terms of the safeguard duty for existing projects, but still there is little clarity. Recently, certain bids were not filled. The prime reasons were the lack of clarity on the duties and the fact that the tariffs have now gone very low. Now, bidders need to be very clear in terms of exactly what the cost is going to be. Fair returns are important for any developer and unless there is clarity on the costs, one will not be able to estimate what the right bid should be.

Among various governmental agencies, there is confusion too. The office of the Directorate General has recommended a 70 percent safeguard duty, but the Ministry of New and Renewable Energy (MNRE) is definitely not in sync with the 70 percent duty. The government’s view is that the duty should be such that it should not derail the country’s mission. The imposition of a 70 percent duty, various government agencies feel, would not be feasible for the mission.

Do you think the government will take a protectionist stance toward the industry?

They will have to see what the cut-off point should be. The cost should not go so high that the utilities decide not to buy solar power at the given cost. So, a threshold has to be maintained. Suppose if the cost of power increases from ₹2.5/kWh to ₹3.5/kWh, then state utilities will refuse to buy solar power at the given cost. As they are already buying thermal at ₹3.25/kWh, maintaining that balance is crucial so that solar power remains viable. Nevertheless, in the long run, we are convinced that solar has a lot of potential.

You are an integrated company with module manufacturing, project development, and EPC for both large-scale and rooftop projects. Out of all of these, which area currently looks the most attractive and why?

In solar, all of the value chains have become very competitive. In the development and the IPP business, bidding has become very cut-throat. Most people think that the current rates are not viable. Similarly, module manufacturing, which is a commodity in itself, has also become very cut-throat. The same goes for the EPC business. So, in the entire value chain of solar which is so competitive, it is very difficult to pick up one and say this is better than the others. We are expanding our module manufacturing capacity from 70 MW to 500 MW, we will also be doing EPC selectively. Even for IPP, we will be very selective so that we can have better returns. The whole objective is to create value, not only for the company but for also for all of the stakeholders and the ecosystem at large. Once the safeguard duty comes into place, manufacturing will become the more preferred and viable area as the profitability of module or cell manufacturing will increase.

What is your opinion of the anti-dumping and safeguard duties? How much do you think these will help domestic manufacturers?

The anti-dumping duty should be implemented. As of today, 80 to 85 percent of modules are imported from China. The Indian Solar Mission is helping China more than it is helping India. Make in India has to support domestic manufacturing and, from that point of view, protection in the form of these duties is required. We feel that the more important question here is finding the magnitude of duties that can strike the right balance so that neither the developers nor the viability of the industry gets hurt badly. The magnitude of the duty will make all the difference. A 70 percent safeguard duty is too high, and it would completely disturb the sector. If we had to put a number on it, we feel a duty anywhere in the range of 25 to 30 percent would be the right amount which would ensure that the industry keeps growing, the manufacturing goes on, the Make in India mission is successful, and the cost of generated power is still viable for the state and the central utilities.

Can you talk about your plans to scale up your manufacturing capacity? And how are your plans being influenced by the potential for safeguard and anti-dumping duties?

In the first phase, we are ramping up our module manufacturing from 70 MW to 500 MW and this phase will not be affected by any government policies. Even if an anti-dumping duty doesn’t come into effect, we will ramp up our capacity as we see the potential. In the next phase, we want to increase that capacity from 500 MW to 1 GW and get into cell manufacturing, too. We will perhaps start with 250 MW and later increase it to 500 MW. The third phase will be affected by the kind of duties that are imposed and other government policies.

Currently, there is always a pipeline of orders and we have zero inventory at the end of the day because whatever is done, gets sold. And rooftop is happening in a big way, there is a lot of focus on rooftop by the central and state governments. Though there are certain policies like net metering which need to be clarified, there is still an increasing demand which in turn will lead to demand for local modules. The kind of demand and inquiries we have will itself justify our investment into 500 MW of solar modules. Geographically too, we have managed to move beyond India and do business in countries like the Philippines, Afghanistan, Africa, Bangladesh, and Nepal. This would also drive the demand for solar modules. We have already started working on the 500 MW of module manufacturing capacity and it is going to be up and running by the end of October 2018. Earlier, we had planned on putting up the project in Gujarat but now we have decided to expand the capacity of our existing plant in Greater Noida.

What does the project development landscape look like in India?

Almost 12-13 GW of tenders are in the pipeline for IPPs. Currently, the bidding process is slow because of a lack of clarity about the proposed safeguard and anti-dumping duties, but we believe within two months it will be resolved. And a 12-13 GW project pipeline is a very strong, visible pipeline. Twenty gigawatts may not happen, but 15 GW in a year, for the next five years, will certainly happen. Currently, adding 15 GW every year is going to be a big deal. And we don’t really see a reason why it would not happen. This is the only sustainable solution to protect the environment, so keeping this in mind, we are confident it will happen.

Do you believe in the future of rooftop solar? What are your plans there?

There is a lot of potential in the rooftop segment. However, the segment faces some challenges. There is no safeguard for the PPAs signed by the private players in terms of legality. So, people are a little sceptical about it and they want to opt for government rooftops and institutional customers instead. The state electricity boards are shying away from buying power from rooftop projects because they feel it would hurt their revenue. However, visibility and awareness are slowly increasing and gradually the SERCs are also beginning to see value in it and the government wants to use them as a channel to push rooftop solar. So, the intention is there, the potential is there, and awareness is gradually increasing. All of this will come together and result in a good business, but it could take six to eight months or perhaps a year.

About 40 percent of our government’s mission is rooftop, so this has to happen. It may not happen by 2022, but soon, maybe by 2024. This year, we have added about 15 MW of rooftop solar capacity and in total we have done about 30 MW so far. We intend to add 15-20 MW every year and are not getting very aggressive. 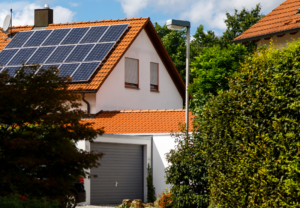 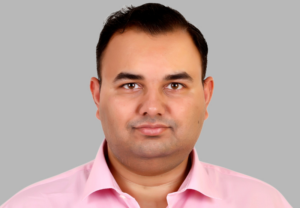 Video Interview: Robotic Solar Module Cleaning Can Increase Generation by Up to 5% A Year