Mono PERC, followed by TOPCon, will lead the way in the coming years 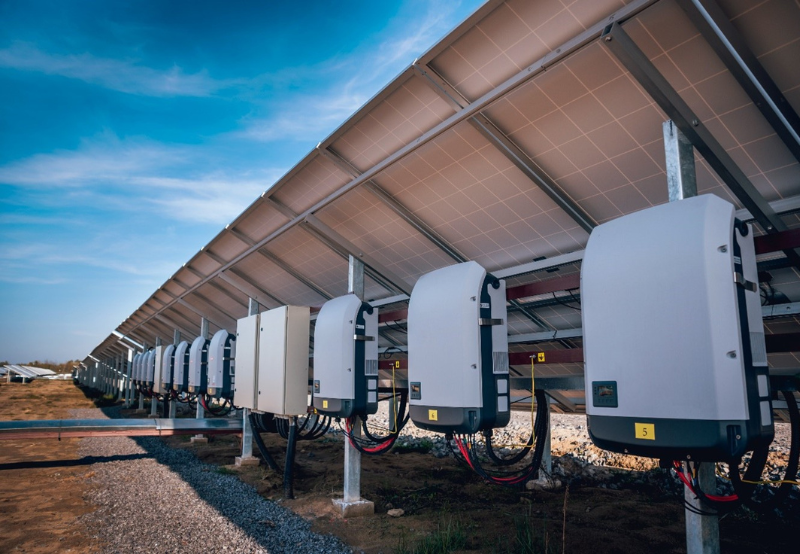 Mercom hosted a webinar to discuss ‘How to Maximize Power Generation From Various Modules With the Right Inverter.’

The webinar shed light on the technological challenges and new solutions in the market. The panel discussed ways to maximize power generation from high-power modules with the latest inverter technology.

The panelists also discussed ways to reduce the levelized cost of energy (LCOE) and enhance the value of solar assets. 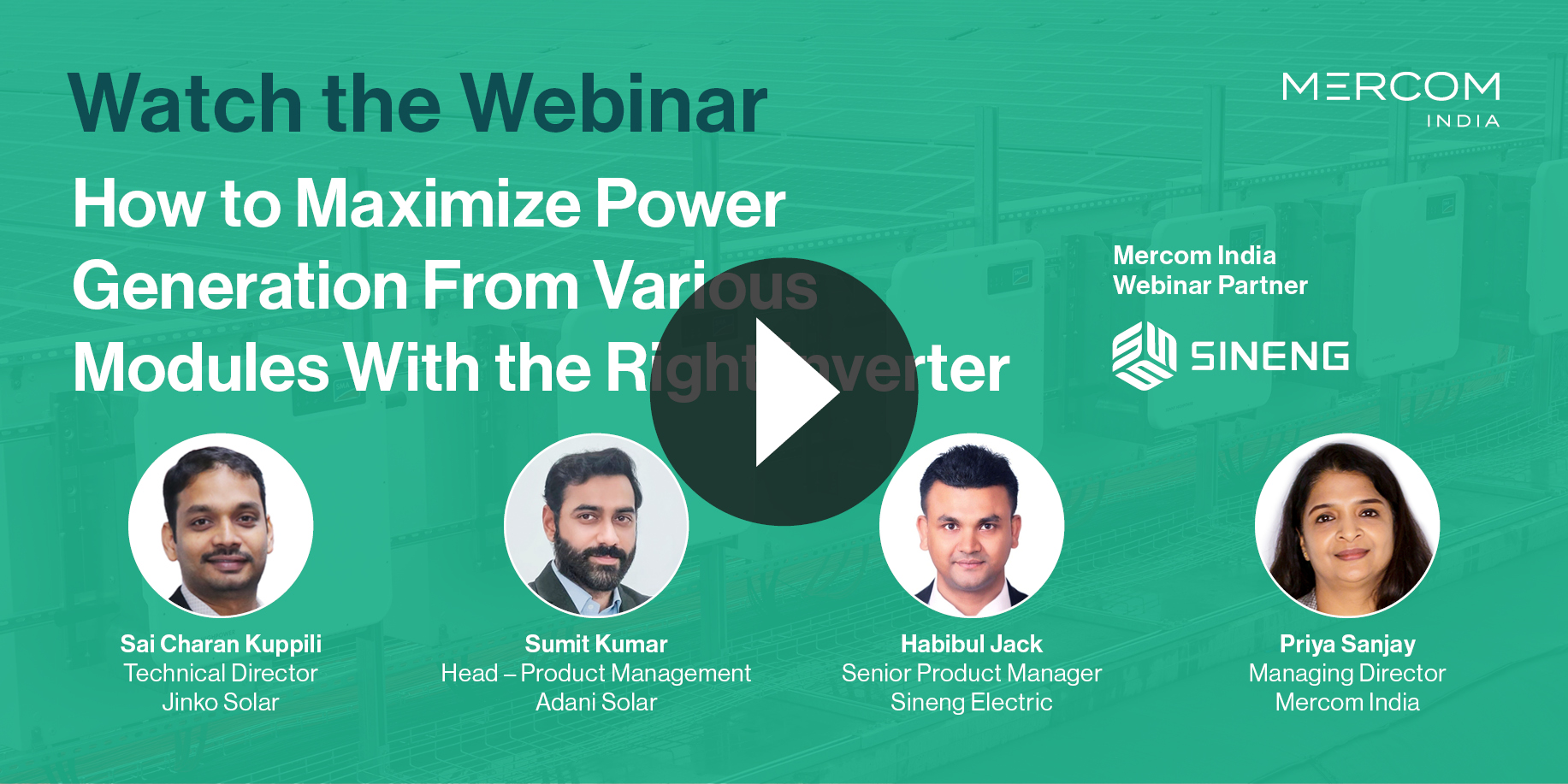 The right combination of modules and inverters

With the launch of larger modules and new technologies, it has become imperative that the larger modules are efficiently aligned with other equipment, especially the inverters. Inverters with higher input current are needed to match the high-power modules.

On the need to get the right combination of inverters and modules, Sai Charan Kuppili said, “For any project, the LCOE is very important. The right combination of inverters and modules can help reduce LCOE and increase the project’s overall efficiency. With the use of suitable inverters, we can have high power density and high energy density. It will reduce the capital expenditure (CAPEX), thus reducing overloading and achieving reduced LCOE.”

Stressing the need to reduce the LCOE of the project, Kumar said, “The most important thing in selecting the suitable inverter for solar modules is the LCOE. Other important factors are safety, high efficiency, durability, and compatible inverter ratings. With new module technologies coming into the market, the current may go up to 21 amperes.”

In the recent past, new technologies have invaded the solar space, and it has become essential to accommodate new module technologies. Keeping this in mind, the selection of inverters has become more critical. “Our main aim is to maximize the power and reduce the LCOE. The AC/DC ratio is also important. If we don’t select the right inverters, high mismatch and clipping losses will occur, thus reducing the efficiency,” Kumar said.

Kuppili said one way of optimizing LCOE is to increase the number of modules in a string and reduce the load on the modules. There is also the need to reduce the mismatch loss and clipping loss, which can be achieved by lowering the voltage to 1,500 V and stabilizing the modules.

Habibul Jack said that with high rating inverters such as 1,500V, a smaller number of strings, cables, junction box, and installation time is required, making the entire project cost-effective.

Sharing his views on the effect of wafer size on project performance, Charan noted that more or less all modules work in the same way, but the Tunnel Oxide Passivated Contact (TOPCon) has better temperature reduction capability.

Considering the LCOE, the number of modules in a string (parallel/series) is changed.

As solar photovoltaic technology has evolved over the years, there has been a constant effort to bring the prices down. This, along with the innovations in the solar inverters space, has increased the need to find the right combination to increase project efficiency.

Jack said, “There has been a significant shift in module technologies recently. String inverters are fast gaining ground and work well with mono PERC, half cut, and other variations. There has been a constant increase in wafer sizes. We are now talking about TOPCon. As for central inverters, high-power modules have never been an issue. Currently, 1,500 V inverters have become the industry trend, and this helps to increase the project’s performance. We have a big share of the inverter segment in India.”

Jinko Solar, Adani Solar, and Sineng Electric have been among the top five module and inverter suppliers to the Indian solar market in the calendar year (CY) 2021, according to India Solar Market Leaderboard 2022. Adani Solar was one of the four Indian manufacturers who made it to the top 10 module suppliers list in 2021.

Kumar said M10 (182 mm) and M12 (210 mm) modules would be the combined winners for the next two to three years. Currently, everything is PERC (monofacial or bifacial).

“The future is going to be of TOPCon. Currently, the capacity of TOPCon is around 10-15 GW. This will pick up as the efficiency is about 25% at the cell level and 21-23% at the module level. TOPCon will be the leader in the coming years. There is also a chance that heterojunction technology (HJT) will make its presence felt in the near future. Perovskites will also be in the mix, but the TOPCon will lead the way in two to three years,” he added.

“Mono PERC will rule the market for the next two to three years, predominantly with bifacial. After that, TOPCon will lead the market, followed by HJT. TOPCon accounts for 30-35% of the total global capacity, which will increase, whereas HJT accounts for only 10% of the worldwide capacity. By 2028, perovskites might also come into play,” said Charan.

Speaking about Sineng’s future plans, Jack said that the company was planning to increase the capacity of its manufacturing facility in India. Currently, the company has a production facility for 8 GW of central inverters and 2 GW of string inverters.

You can watch the webinar here.