Insight into the Grid Failure in India

The massive grid failure in India last week affected over 600 million people. With speculations abound as to the reasons for the failure, we decided to talk to engineers working at the load despatch centers on the ground to get a firsthand understanding of what really happened.

Demand/Supply Mismatch: Even though demand/supply mismatch led to the grid failure, it is not something new. Demand/supply mismatch didn’t just happen overnight. India has always struggled with power shortages and in this instance the fragile safety mechanisms (relays) seemed to have failed under pressure from having to meet rising demand from the agricultural sector due to weak monsoons and mismanagement by regional despatch centers.

This year the monsoons have been weak and delayed in India, and the lack of precipitation is felt especially acutely in some northern states that have economies dependent on agriculture. The sowing of sugarcane has started in some states and there is high demand for power for irrigation. The state of affairs is politically very sensitive and there have been instances where the farming community has become extremely agitated during times of power shut down. Moreover, no elected officials want to displease the farmers because of their political clout.

The Indian Grid: There are five major grids in India connecting the regions named after: Northern, Southern, Eastern, Western and Northeastern. There is also a new grid interconnecting the Northern, Eastern, Northeastern and Western grids –“NEW”. It was the NEW grid that failed and through a cascading effect, the Northern, Northeastern and Eastern grids also failed. The Western grid isolated automatically and avoided the failure whereas the Southern grid was unaffected because of asynchronous system (Southern grid is connected in DC Transmission by means of three HVDC link).

As a rule, all states in India are given a central government allocation from Central Generating Stations (National Thermal Power Corporation, National Hydroelectric Power Corporation and Nuclear Power Corporation of India Limited) to draw power from the National Grid (comprised of the above mentioned five  grids). This task is handled by the regional load despatch centers that are responsible to manage demand and supply of power to their respective regions in coordination with State Load Despatch Centers (SLDCs).

It is important to note that the frequency in the NEW grid is different from the frequency of Southern Grid, as there are a lot more states connected to the NEW grid and there is huge pressure on that grid. Frequency fluctuations are really high at any given time.

What happened last week: Last week, two states allegedly overdrew power beyond their allocation while grid frequency was falling to dangerous levels. The NEW grid tripped and cascaded to the Northern and Eastern grids. The Western grid managed to survive by rapidly reducing demand and managing its existing supply and islanding from the NEW grid.

Why did it take so long to restore power? A grid is an interconnected system of generation, transmission and load. During this grid failure, the generation tripped and had to be restored in phases and matched with the system. Also, Northern Grid is highly dependent on thermal power supply (coal). Hydropower generates a small percentage of power for the Northern Grid, but the below-average precipitation from monsoon season has pushed hydropower generation to even lower levels. Once thermal power stations are shut off due to this kind of tripping, it normally takes at least six to eight hours to come back online because they have to be cooled and stabilized, whereas hydropower plants can come back online immediately. Because the Northern Grid is largely dependent on coal and nuclear power plants, it takes much longer to restore when tripped.

Could this historic blackout have been avoided? Yes. This was a clear case of mismanagement by the regional load despatch centers which were negligent or did not see the warning signals. There should have been a safety mechanism that automatically shuts off load when frequencies drop down to dangerous levels, due to overdrawing of power. For example, the Southern grid has deployed an ‘Under Frequency (UF) Load’ mechanism which will not allow states to draw more power from the grid when the frequency dips below 49.5 cycles. There is also a System Protection Scheme (SPS) in the Southern grid where the load feeder in the grid systems will trip when there is a problem but the main grid will be safe and stable. Hence, such catastrophic grid failures are very rare in the Southern Grid. In fact, the Northern Grid also has such systems in place (UF and SPS) but are generally not implemented due to non-technical and political issues. Per the Indian Electricity Grid Code (IEGC), the area of responsibility on maintaining the grid is clearly defined on regional load despatch instructions to be followed by SLDCs.

SCADA (supervisory control and data acquisition) systems help in providing facts and detecting problems online and in real time; however, managers still have to act on them creating potential for human errors. In India, increasing power supply and transmission capacity are critically important issues. However the Blackouts of 2012 have made it abundantly clear that there is also a critical need to put automated safety mechanisms in place across the country to avoid such catastrophes in the future. 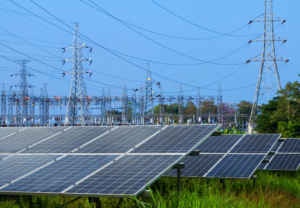 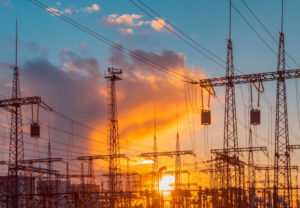 No Transmission and Wheeling Charges for Distributed Solar Projects in Chhattisgarh 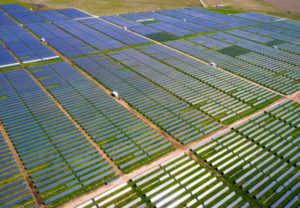 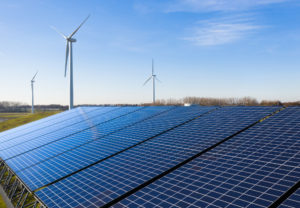 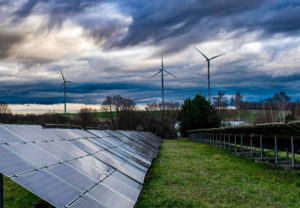