Solar generation was up by 30% compared to the previous quarter 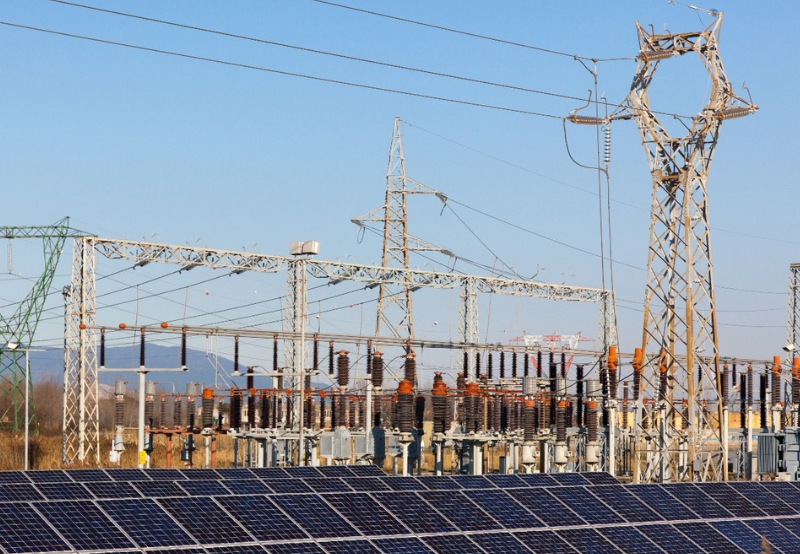 Higher insolation and new capacity installations contributed to the increase in solar generation.

Rajasthan, Karnataka, and Andhra Pradesh were the top three states for solar power generation during the quarter. 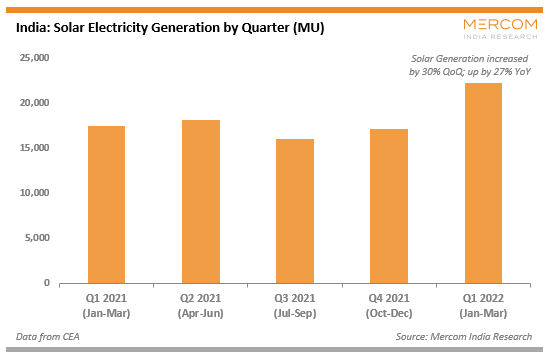 For the financial year (FY) 2021-22, solar generation stood at 73.48 BU, a 22% increase YoY. The cumulative solar generation increased by 8.1 MU due to revised generation numbers received from Goa for April to December 2021.

In FY 2021-22, the Southern region accounted for 47.9% of the total solar generation, followed by the Northern region with 31%. The Western region contributed 19.7%, and the Eastern and North-Eastern regions 1.4% towards the total generation.

The top four states, Rajasthan, Karnataka, Andhra Pradesh, and Tamil Nadu, accounted for 62% of the total solar generation in FY22. 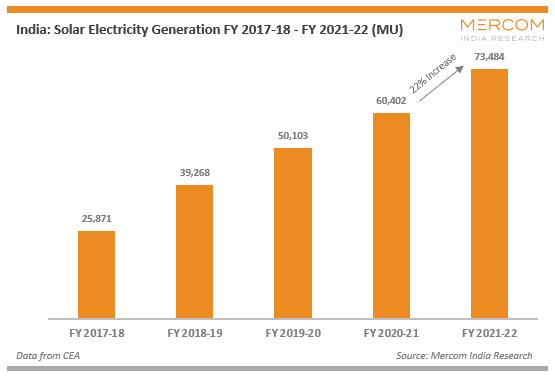 According to data from the Central Electricity Authority (CEA), Ministry of New and Renewable Energy, and Mercom’s India Solar Project Tracker, India’s installed renewable energy capacity, including large hydro projects, stood at 155.26 GW, accounting for a 39% share of the overall power mix at the end of Q1 of 2022.

The all-India peak power demand touched an all-time high of 201.066 GW on April 26, 2022, surpassing the peak power demand of 200.539 GW met on July 7, 2021. According to a Ministry of Power release, the rising power demand reflects the pace of economic growth in the country.