The Railways Energy Management Company Limited (REMCL), is planning to come up with a tender for the installation of 1 GW of solar projects along the railway tracks, the government said in a press statement.

The REMCL is a joint venture of the Indian Railways and RITES Limited. REMCL has already floated tenders for 2 GW of solar projects on unutilized railways lands.

Only a few days ago, it announced a tender for setting up 1 GW of solar projects along the railways’ tracks in various states. The site locations suggested by Railways are in the states of Assam, Haryana, Gujarat, Rajasthan, Maharashtra, Karnataka, Jharkhand, Telangana, Madhya Pradesh, Chhattisgarh, West Bengal, Bihar, and Delhi.

Recounting the ongoing green initiatives of the Railways, the press release further added that it has started procuring power from solar projects like the 3 MW solar project set up at Raebareilly in Uttar Pradesh.

As of now, rooftop solar systems of nearly 100 MW of capacity have been installed at various stations and buildings of Indian Railways, according to the government.

The Railways is also developing another project of 1.7 MW at Bina in Madhya Pradesh. The project which will be directly connected to the overhead traction system has already been installed and is presently undergoing extensive testing. It is likely to be commissioned in the next 15 days. This project has been developed in collaboration with Bharat Heavy Electricals Limited (BHEL). The differentiating factor of the project is the adoption of innovative technology to convert the DC power to single-phase AC power for feeding it directly to the overhead traction system. The project will produce nearly 2,500,000 units of energy annually and is likely to help railways save around ₹13.7 million (~$184,033) every year.

Also, two new pilot projects are being developed to meet the electric traction energy requirements. One of the projects is the 50 MW solar power project on vacant, unused land at Bhilai in Chhattisgarh, which is scheduled to be commissioned before March 31, 2021. The other one is a 2 MW solar project at Diwana in Haryana that is expected to be commissioned before August 31, 2020.

The use of unutilized lands along railway tracks could help the Indian Railways prevent encroachment, enhance the speed and safety of trains, and reduce the infrastructure costs due to the direct injection of solar power into the traction network.

With all these initiatives, Indian Railways is taking the lead toward meeting its goal of being a ‘Net Zero’ carbon emissions organization.

Recently, REMCL also invited bids for the development of up to 400 MW of grid-connected solar power projects on vacant lands of the Indian Railways. The solar project will be developed under the capital expenditure (CAPEX) model

Earlier, it was reported that REMCL had been assigned the responsibility of setting up 3 GW of solar power projects on vacant lands of the Indian Railways. The project will be divided into three phases of 1 GW each. The first and third phases will be carried out under a public-private partnership (PPP) basis under the design, build, finance, operate, and transfer model. Meanwhile, the second phase will be carried out under the ownership of REMCL. 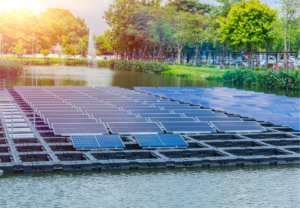