The wind energy sector, along with the rest of the renewable energy industry, has been facing multiple challenges on various fronts over the past few years and 2019 has been no different. The industry is still grappling with the slowing economy, low tariffs, tariff caps, curtailment, infrastructure constraints, and a plethora of duties and tariffs. Wind installations are expected to come at approximately 3 GW for the year.

The wind sector saw the end of the feed-in-tariff mechanism in 2017, following which all projects were placed under the auction-based regime. The result so far has been underwhelming as low bids and tariff caps have reduced participation of bidders resulting in under subscription in many of the tenders.

Growth in the industry has been sluggish in the calendar year (CY 2019). Ample wind resources in India are concentrated in the southern and western states of the country but these states are also known for curtaining power from wind. The low ceiling tariffs set for the auctions have led developers to set up projects in the windiest states, with Gujarat being the most preferred destination for developers. This has put severe pressure on land availability and evacuation infrastructure in the region, leading to project delays.

According to the Ministry of New and Renewable Energy (MNRE), wind power projects of over 12 GW have been awarded across the country against 15 GW of tenders that have been issued to date. According to Mercom India Research, over 5 GW of wind projects were tendered in CY 2019, of which 3 GW have been auctioned so far in 2019, due to under-subscription of tenders. In 2019, wind power tariffs hovered around the ₹2.80 (~$0.039)/kWh mark. The government has set a target of installing 60 GW of wind power capacity by 2022. According to the MNRE, cumulative wind power installations in India have crossed 37 GW as of October 2019.

At the start of the year, the MNRE came up with a set of rules to regulate the award of leases that belong to the central government over to developers to build offshore wind projects. While the government announced big plans, there has been no progress in terms of project development so far.

The year witnessed several developments in the renewables space, which might have far-reaching effects on the sector, especially wind. Andhra Pradesh DISCOMs filed a petition with the Andhra Pradesh Electricity Regulatory Commission (APERC) seeking relief from tariffs for wind projects in the state between FY 2015-16 and FY2019-20. The petition also sought revision in the PPA for wind power projects and the tariff fixed by APERC. The petitioners claimed that due to higher values of norms stated in the regulations, the commission should amend the tariff order for the changes in parameters such as-capital cost, depreciation return on equity, operation and maintenance, subsidy or incentive by the government, capacity utilization factor, and rebate.

Things soon took a downward turn, as the new government in Andhra Pradesh went ahead with its decision to renegotiate the Power Purchase Agreements (PPAs) for wind and solar power projects signed during the former Chief Minister Chandrababu Naidu’s tenure.

The decision by the state government came despite MNRE expressing its serious concerns over the state’s impending decision to revisit power purchase agreements (PPAs) it had signed with solar and wind developers during the tenure of Chandra Babu Naidu. However, the government, led by Jagmohan Reddy, moved forward with its decision without regard for MNRE’s warning. The state government justified its decision by citing financial troubles faced by its DISCOMs.

Finally, as the year draws to a close, some consensus seems to have been reached to end the ongoing controversy hovering around the renewable sector of the state. During a recently held meeting between the MNRE and representatives of the Andhra Pradesh government, it was decided that the power purchase agreements for which the tariffs have been fixed by the state and duly signed will not be revisited.

In the month of July, the Ministry of Power (MoP) came out with some important amendments to the competitive bidding guidelines for wind energy projects. The amendments were introduced with an aim to provide a framework for the cost-effective procurement of wind power using a transparent bidding process.  Per the amended guidelines, the wind generator has to declare the annual capacity utilization factor for the project at the time the PPA is signed and will be allowed to revise it once within the first three years of the commercial operation date of the project. The MoP also specified identifying 100% of the land at the time of bid submission to establish that land possession should be made on or before the commissioning date; also, wind projects must be commissioned within 18 months from the date of PPA signing.

The month of August saw the Ministry of Environment, Forest, and Climate Change relax the lease rent of ₹30,000 (~$417)/MW charged for wind projects. Speaking on the decision, environment minister Prakash Javadekar had said that it is expected that his step will boost investments in wind power projects and will help in providing wind power at a cheaper rate.

Later in the year, the MNRE wrote to the Solar Energy Corporation of India Limited (SECI) about granting an extension to wind projects (tranches 1 to V) that have been affected by changes in land policies. This extension is “subject to the condition that the application for land allotment should have been made within 30 days of the effective date of the power purchase agreement,” the MNRE clarified.

The year also saw several big wind tenders being floated by SECI. In the month of February, SECI issued a tender for setting up 1,200 MW of ISTS connected wind power projects under Tranche VII on a pan-India basis, which was eventually undersubscribed by 50% due to the low tariff cap. In June, SECI came up with another tender for 1,800 MW of ISTS connected wind power projects under Tranche VIII and in the month of September, SECI invited bids from solar power generators to develop 1,200 MW of wind power projects under the Tranche IX of ISTS scheme. The maximum tariff payable to each developer had been set at ₹2.85 (~$0.040)/kWh for a period of 25 years.

National Thermal Power Corporation (NTPC) invited bids to select developers for 1,200 MW of wind energy projects in India this year. The projects, which will be connected to ISTS, can be developed anywhere in the country.

“2019 was not a great year for the wind sector in India. Low tariff caps have made projects financially unattractive. Most of the wind resource rich sites are gone and land for wind projects is difficult to acquire. Windy states are also known for curtailment. The wind sector needs some fresh ideas and policies to get the momentum back going into 2020,” said Raj Prabhu, CEO of Mercom Capital Group. 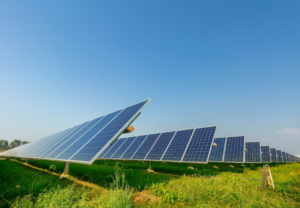 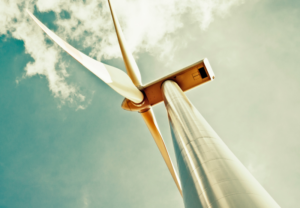 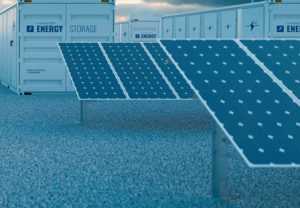 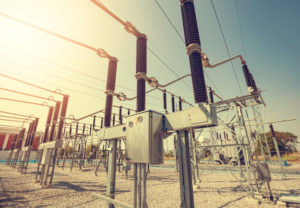 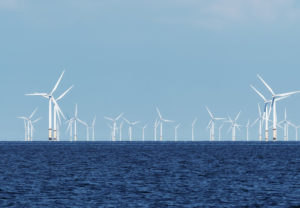 Lease Auction for Offshore Wind Firm in US Raises a Record $4.37 Billion