Significant capacities of polysilicon, ingots, and wafers are likely to be added by the end of 2024 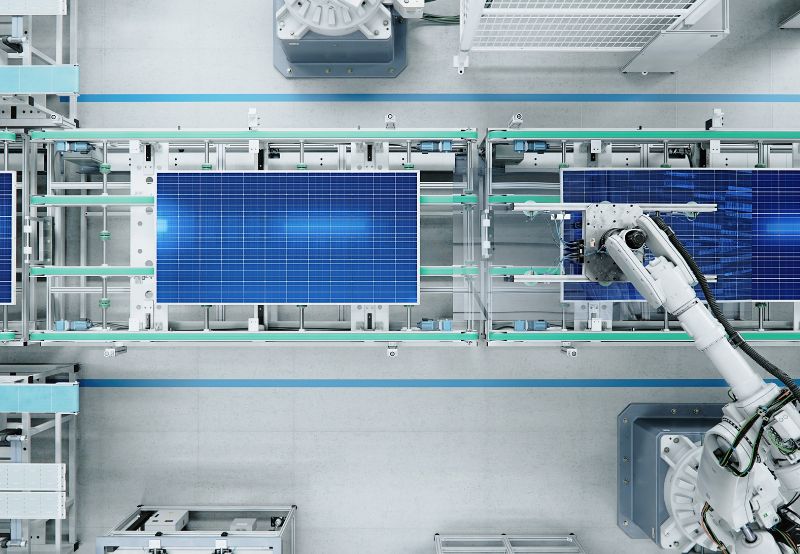 India’s solar photovoltaic (PV) module manufacturing capacity exceeded 39 GW at the end of September 2022 and is expected to reach ~95 GW by the end of the calendar year (CY) 2025.

The findings are a part of Mercom India Research’s newly released report, ‘State of Solar PV Manufacturing in India.’

The report provides a detailed account of the Indian solar PV module manufacturing landscape and identifies the challenges and opportunities for manufacturers and their evolving role in the global solar industry with capacity and technology development during the coming years.

“With an estimated 220 GW of solar capacity required by the end of the decade, India needs significant manufacturing capacity ramp up,” commented Priyadarshini Sanjay, Managing Director of Mercom India.

India had a solar cell manufacturing capacity of approximately 4.7 GW as of September 2022. This is expected to increase seven-fold by the end of CY 2024.

By the end of 2024, large amounts of polysilicon, ingots, and wafers will be added to the market by the companies awarded incentives under the first round of the government’s PLI program.

Additionally, the pending allocations under the second round of the PLI program would significantly enhance the domestic value chain for PV manufacturing.

Gujarat housed the majority of solar module and cell manufacturers. It is expected that the state will remain the major producer of PV products for the next 2-3 years.

“The government of India is determined to develop India as a manufacturing hub for solar modules, establishing the complete value chain to address supply chain issues. Manufacturers planning expansion are considering the lucrative export market along with the domestic demand. However, developers and installers need short-term and long-term visibility to develop a viable sourcing strategy,” said Sanjay.

Since 2018, Indian manufacturers have consistently met the demand for solar modules in the United States, South Africa, and the United Arab Emirates. 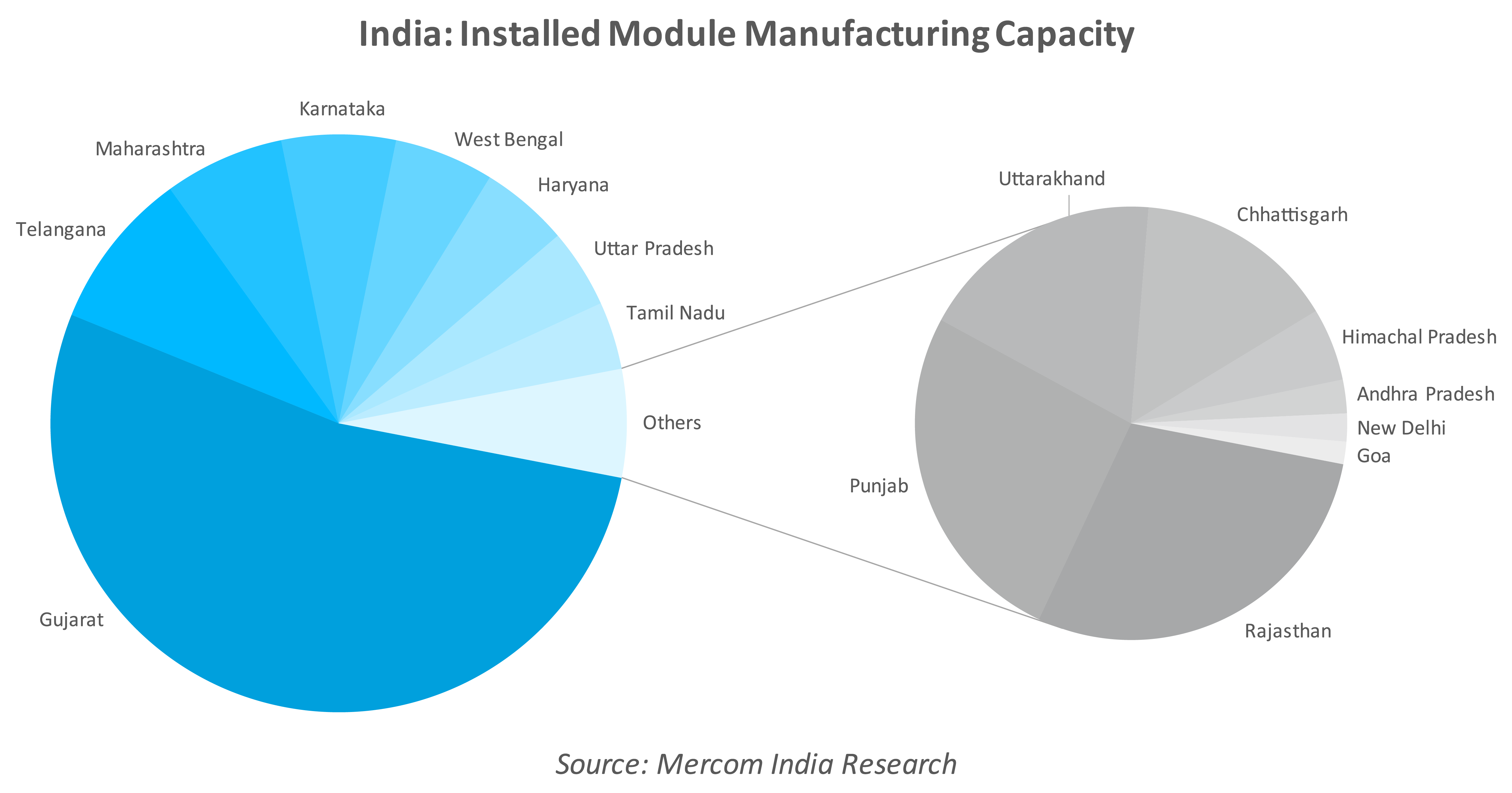 India had a total installed solar power capacity of around 60 GW as of September 2022. China, the U.S., the EU, and India are poised to add significant solar power generation capacities over the next decade.

The leading global markets are beginning to shift away from mono PERC technologies as newer technologies like TOPCon and HJT are entering mass production and becoming more widely available.

Indian module manufacturers are starting to build large-scale facilities for producing TOPCon, thin film, and HJT modules, which are expected to be widely available in the market by 2025.

Solar cells and modules using M10 and M12/G12-sized wafers are expected to gain a significant market share over the next 2-3 years.

A comparative analysis of global and Indian PV technology evolution in the report will help companies chart their business growth in line with the global solar industry trends.

The report analyzes the price competitiveness of Indian solar module manufacturers compared to the imports, along with detailed coverage of policies impacting the domestic PV manufacturing industry.

The report provides a complete understanding of the manufacturing expansion, vertical integration, and export scenario to plan their investments and procurement.

Mercom’s State of Solar Manufacturing in India report is 58 pages and covers all facets of India’s solar manufacturing. For the complete report, visit:  https://mercomindia.com/product/state-solar-manufacturing-india