It will be a mid-term, five-year action plan with 2019 as the first year

India has launched a program to battle the increasing level of pollutants in the air. The National Clean Air Program (NCAP) is a time-bound national level strategy for pan India implementation to tackle the increasing air pollution problem across the country. The program launched by Environment Minister, Dr. Harsh Vardhan in New Delhi.

It will be a mid-term, five-year action plan with 2019 as the first year. The approach for this program includes collaborative, multi-scale and cross-sectoral coordination between the relevant central ministries, state governments and local bodies. Dovetailing of the existing policies and programs including the National Action Plan on Climate Change (NAPCC) and other government initiatives in reference to climate change will be done while executing NCAP.

City-specific action plans are being formulated for 102 non-attainment cities identified for implementing mitigation actions under the new program. There will be use of the Smart Cities program to launch the NCAP in the 43 smart cities falling in the list of the 102 non-attainment cities. The National Clean Air Program is envisaged to be dynamic and will continue to evolve based on the additional scientific and technical information as they emerge.

It will be institutionalized by respective ministries and will be organized through inter-sectoral groups, which include, Ministry of Road Transport and Highway, Ministry of Petroleum and Natural Gas, Ministry of New and Renewable Energy, Ministry of Heavy Industry, Ministry of Housing and Urban Affairs, Ministry of Agriculture, Ministry of Health, NITI Aayog, CPCB, experts from the industry, academia, and civil society. The program will partner with multilateral and bilateral international organizations, and philanthropic foundations and leading technical institutions to achieve its outcomes.

“Collaborative and participatory approach involving relevant Central Ministries, State Governments, local bodies and other Stakeholders with focus on all sources of pollution forms the crux of the program” said Vardhan.

He also added that taking into account the available international experiences and national studies, the tentative national level target of 20 percent–30 percent reduction of PM 2.5 and PM 10 concentration by 2024 is proposed under the NCAP taking 2017 as the base year for the comparison of concentration. Overall objective of the program is comprehensive mitigation actions for prevention, control and abatement of air pollution besides augmenting the air quality monitoring network across the country and strengthening the awareness and capacity building activities.

Today, cities occupy just 3 percent of the land but contribute to 82 percent of GDP and responsible for 78 percent of carbon dioxide emissions; cities though are engines of growth and equity, but they have to be sustainable and it is in this context that NCAP being a very inclusive program holds special relevance,” said Amitabh Kant, the CEO of Niti Aayog.

Previously Mercom reported on how increasing air pollution levels can affect the energy generation capabilities of installed solar projects and can be a deterrent in utilizing the full solar potential. The scattering and extinction of light caused by air pollution reduces the available solar resource and increases the fraction of diffused light. These effects, if not taken into consideration, can make solar powered applications underperform and become unreliable, threatening widespread adoption of solar.

This new program will help negate under performance of solar assets due to air pollution in cities as well as in areas around them. 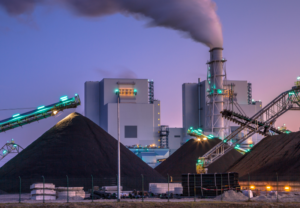 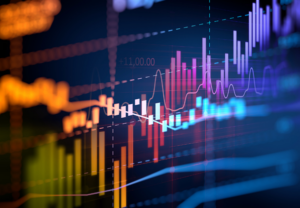