Minister of Power: India Could Install Over 225 GW of Renewables by 2022

So far, only 22+ GW of solar PV projects have been installed across the country 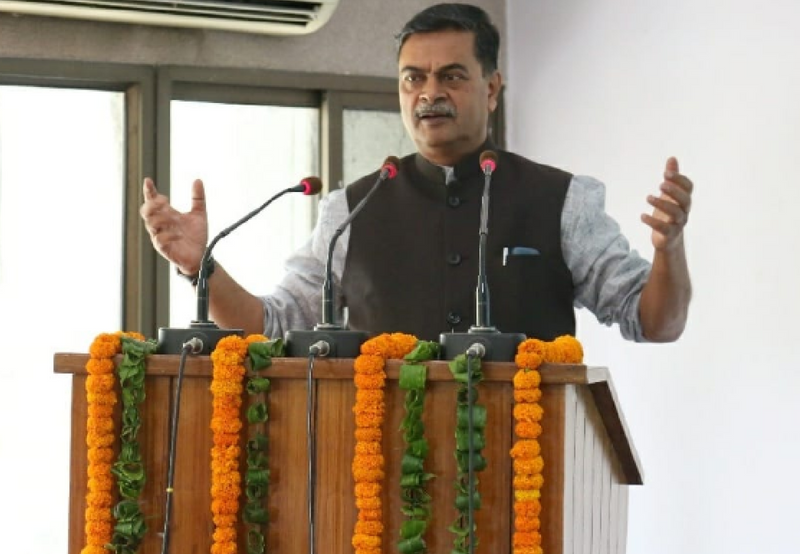 The Minister for Power, R. K. Singh made a surprising statement today, saying that “India may cross 225 GW of installed renewable energy capacity by 2022.”

Minister of Power and New & Renewable Energy, Shri @RajKSinghIndia interacting with the Media at a Press Conference on key initiatives during the 4 years of the Government. Watch event #LIVE at https://t.co/n6KqGWo1lu

The comments seem out of touch considering the government’s inability to meet the yearly targets by the implementing agencies.

According to Mercom’s India Solar Project Tracker, so far over only 22 GW of solar PV projects have been installed across the country, and these include both rooftop as well as ground-mounted solar PV projects. These figures do not stand tall when compared with the 100 GW target set for the country.

According to MNRE, India’s installed wind power capacity stands at 34 GW while the target is 60 GW by 2022. In 2016, reverse auctions were introduced in the wind sector. Since then, over 6 GW of wind power capacity has been auctioned and this will take at least another 18 months to be connected to the grid.

In the next four years, India needs to install 100 GW of renewable energy capacity to meet the target of 175 GW renewables by 2022. Out of the remaining 100 GW, solar needs to account for 78 GWs of power addition.

Given the lack of appropriate grid infrastructure to evacuate power from these projects, it seems highly unlikely for installations to touch the target figure. The Green Energy Corridor (GEC) project which is expected to provide transmission infrastructure to evacuate power form these projects is estimated to be complete by 2022. But according to many in the industry, it is running well behind its schedule. Mercom recently reported that the Standing Committee on Energy is also apprehensive about whether the GEC target is attainable.

Moreover, the sector is still waiting for the final outcome in the safeguard duty case which, if imposed, could slowdown installations significantly. And the Indian Solar Manufacturers Association (ISMA) is just waiting to refile a new anti-dumping case against solar module and cell imports to India.

Implementing agencies have been unclear about the pass-through option being provided to developers in the case of the force majeure situation (unforeseeable circumstances), and change in law. The distribution companies (DISCOMs) have not yet financially recovered under the UDAY program to pay the cost in the case of a pass-through being exercised.

Considering the on-the-ground realities and the current pace of new renewable installations, especially solar PV, it would be a great achievement if India manages to install 175 GW of renewables by 2022, let alone 225 GWs.