Jammu and Kashmir, Gujarat, and Karnataka would have over 10 GW of battery storage capacity by 2030 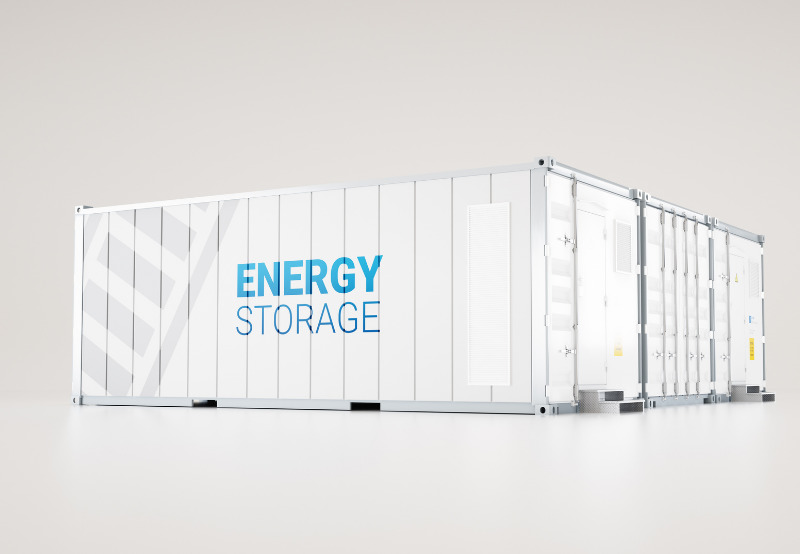 Researchers at NREL conducted scenarios-based capacity expansion modeling to assess energy storage deployment in India through 2050. The analysis relied on modeling approaches to uncover and compare the value streams of battery storage with different durations like 2-hour, 4-hour, 6-hour, 8-hour, and 10-hour battery storage, and pumped storage hydropower (PSH). Simulations are run for 2030 and 2050 to understand how system operators will utilize energy storage to help integrate RE, reduce operating costs, optimize cross-border energy trading, and optimize the use of domestic resources.

The study was funded by the U.S. Department of State’s Bureau of Energy Resources.

The researchers found that energy storage can provide a range of grid services and has the potential to play an essential role in the development of a cost-effective power sector for India. They predict that energy storage becomes cost-competitive with other technologies due to projected cost declines through 2030. The scenarios-based capacity expansion model results show that cost-effective energy storage capacity multiplies with an average year-over-year growth rate of 42% between 2020 and 2030. Battery storage investments would also be cost-effective in 26 of the 34 Indian states and union territories by 2030. According to the reference case, Jammu and Kashmir, Gujarat, and Karnataka would have over 10 GW of battery storage capacity by 2030, which represents the standard set of assumptions used in this study. 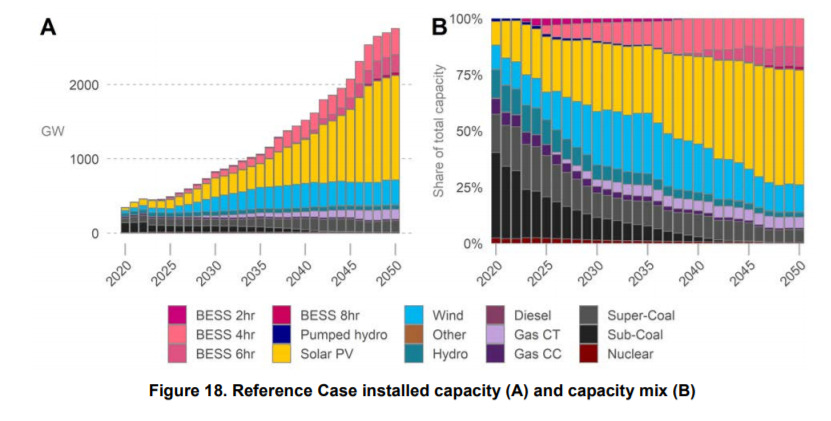 The capacity of storage technologies reaches between 180 GW and 800 GW, representing between 10% and 25% of total installed power capacity by 2050. The energy capacity of storage reaches between 750 GWh and 4,900 GWh by 2050. This is per the findings of several scenarios run by the researchers representing different trajectories for technology costs, regulatory rules, and policy changes. In all cases, energy storage grows to play a significant role in India’s power system.

It was observed that India’s maximum hourly net load ramp could reach 60 GW. Energy storage can meet most of these needs by storing excess generation during high-renewable energy periods and discharging to meet evening ramp needs. The role of storage to integrate RE becomes increasingly crucial by 2050 when coal, gas, and hydro contribute only 20% toward the country’s generation mix. The results also show that energy storage is primarily charged during the daytime, enabling higher solar penetration. Further, on some days, storage reduces its generation during the evening when wind generation picks up, helping to absorb higher levels of wind in the grid.

A clear stage has to be set for energy storage to compete with conventional technologies to increase RE integration and reduce air emissions from the power sector.

Cost-effective energy storage can compete with fossil-fueled capacity resources through tariff design or other mechanisms such as capacity auctions or capacity payments. Regulators can begin by establishing clear and agreed-upon methods to quantify and compensate all resources for contribution to reliable capacity.

Policymakers can include energy storage in national energy policies and master plans and acknowledge the complementarity between solar PV targets and increasing opportunities for energy storage technologies.

Recently, NREL had published the report ‘Economic Potential of Diurnal Storage in the U.S. Power Sector.‘ The multi-layered research project led by NREL explores how storage adds the most value to the grid.

In 2018, the Ministry of New & Renewable Energy(MNRE)  had constituted an expert committee under the chairpersonship of the Secretary of MNRE to propose a draft for setting up National Energy Storage Mission. The expert committee had proposed a draft to create an enabling policy and regulatory framework that would encourage manufacturing, deployment, innovation, and further cost reduction in the energy storage sector.