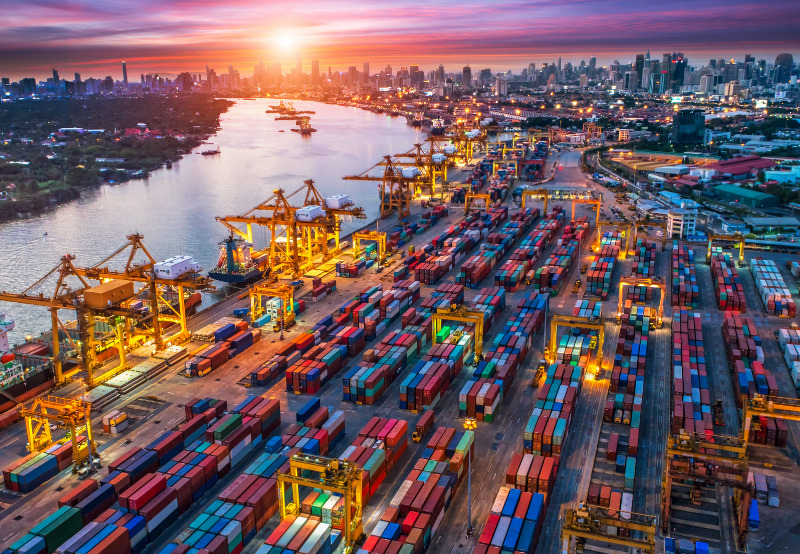 The government aims to meet 60% of power demand at major ports through solar, and wind power, Union Minister for Ports, Shipping, and Waterways Sarbananda Sonwal has said.

Currently, renewables meet less than 10% of the power demand at the ports.

The said 50% of port equipment would be electrified by 2030. All ports would supply shore power to visiting ships in a three-phased manner by 2030. The ports aim to reduce carbon emissions/ton of cargo handled by 30% by 2030.

India will implement International Maritime Organization (IMO)-energy efficiency requirements for ships and carbon intensity requirements on all its coastal or international vessels to help achieve IMO greenhouse gas reduction targets. The country is supplying shore power to vessels with a power demand of less than 150 kW.

India’s Nationally Determined Contributions (NDC) under the Paris Agreement for 2021-2030 includes reducing the emissions intensity of its gross domestic product by 33%-35% by 2030. The NDC aims to achieve 40% cumulative power installed capacity from non-fossil fuel-based energy resources by 2030 through the transfer of technology and low-cost international finance.

According to the Ministry of Finance’s Economic Survey for 2021, India would require around $206 billion (~$15 trillion) between 2015 and 2030 to implement adaptation actions in key areas like agriculture, forestry, fisheries, infrastructure, water resources, and ecosystems. It hopes to achieve 40% of cumulative installed power capacity from non-fossil fuel-based sources by 2030 and increase its forest and tree cover to create an additional carbon sink equivalent to 2.5 to 3 billion tons of carbon dioxide by 2030.

India is well on its way to achieving these targets and has already reached a 24.5% share of renewable energy in total installed capacity, Sonwal said. “India is on the path to low carbon economy and shipping, and The Maritime Vision Document 2030 is a 10-year blueprint on India’s vision of a sustainable maritime sector and vibrant blue economy.”

According to BRICS Energy Technology Report 2021, India will account for one-fifth of the global renewable energy deployment target for 2030.