A total of 17 companies have ended or limited their cover for coal projects, says the Unfriend Coal report

Coal, one of the most significant contributors to climate change, is on its way to becoming uninsurable.

The Unfriend Coal campaign, which is now in its third year, shows how the insurance companies are exiting the coal sector because of the growing risk of unmanageable climate breakdown.

Unfriend Coal is an international campaign calling on insurance companies to exit the coal sector and support the transition to a low-carbon economy. The organizations engaged in the campaign include Greenpeace, Urgewald (Germany), Rainforest Action Network (U.S.), the Japan Center for a Sustainable Environment and Society, Client Earth (U.K.), Market Forces (Australia), and the Sunrise Project (Australia), among others.

The report shows the growing mobilization of public pressure on the fossil fuel industry and how it is having an impact on the future of fossil fuels. The Unfriend Coal campaign is gaining momentum, and an increasing number of insurers are now exiting the coal sector.

As the figures stand now, 17 companies have ended or limited their cover for coal projects, which accounts for 9.5% of the primary insurance market and 46.4% of the reinsurance market. This points to a growing trend among insurers as they move away from the coal sector.

At least 35 insurers with assets worth $10 billion each have adopted some form of coal divestment policies and this accounts for 37% of the insurance industry’s global assets.

According to the report, Swiss Re and Zurich are the leaders in ending coal insurance. Similarly, AXA, Axis Capital, Generali, Allianz, Chubb, Aviva, Munich Re, and Mapfre have adopted fewer comprehensive policies and have excluded insurance for new coal projects.

Almost all major European and Australian insurers have now adopted coal exit policies, but the U.S. and Asian companies are yet to take action. As per the report, the Asian companies that continue to play an important role in providing the insurance cover for coal include Tokio Marine, Sompo and MS&AD (Japan); Samsung Fire & Marine (Korea); and Ping An, the People’s Insurance Company of China (PICC). Out of these leading names, only Ping An has so far gone ahead and adopted a coal policy.

As of July 2019, 980 new coal power projects with a combined capacity of 925 GWs were still under construction, according to the Global Coal Plant Tracker. The coal exit policy adopted by insurers, along with mass opposition and competitive pressure might be able to stop some of them from going forward.

Recently, the European Investment Bank (EIB) announced that it would end financing fossil fuel-based projects by the end of 2021. The global lender now wants to focus its financing for projects that will accelerate clean energy innovation and energy efficiency. The bank said it has plans to support €1 trillion (~$1.107 trillion) of investments for climate action and environmentally sustainable projects from 2021 to 2030 and align all its financing activities with the goals of the Paris Agreement from the end of 2020.

The EIB is not the first bank to stop financing fossil fuel-based energy projects. British multinational banking and financial services company Standard Chartered has also pulled the plug on any upcoming coal-fired power plants across the globe.

Earlier this year, in a decision taken at its annual general meeting, the United Overseas Bank (UOB), Southeast Asia’s third-largest finance group announced that it would stop funding coal-powered projects. Before UOB’s decision to quit funding coal projects, two other big banks from Singapore, OCBC and DBS had taken the same decision in support of sustainable development without fossil-based fuels.

Last year, HSBC, another well-known banking company, withdrew from the coal-fired power sector. It should be noted that HSBC, which is Europe’s largest bank, had significantly restricted its support for coal-fired stations back in 2011 itself. It also had stopped financing them in 78 developed countries. In a press statement on its website, HSBC stated that it has decided not to extend any financial support to coal-fired power in all countries around the world apart from Bangladesh, Indonesia, and Vietnam.

Another big bank that has walked away from coal in the recent past is Deutsche Bank. In a press release issued on its website on January 31, 2017, the bank revised its approach to coal financing and amended its guidelines to coal power and mining. The release confirmed that the bank will not grant any financing to new coal-based power plant construction and will gradually decrease its exposure to the thermal coal mining sector.

Earlier, Mercom reported that renewable energy is the fastest-growing source of energy, accounting for around half of the increase in energy and is set to penetrate the global energy system more quickly than any fuel previously in history, according to BP Energy Outlook. 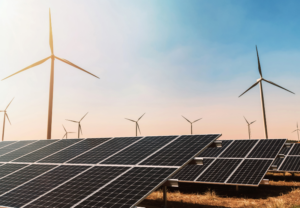 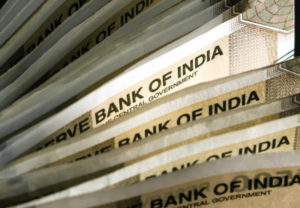 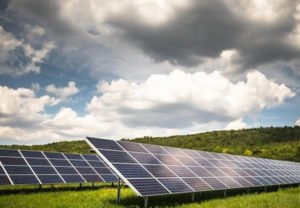 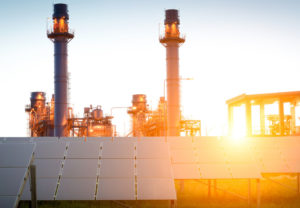