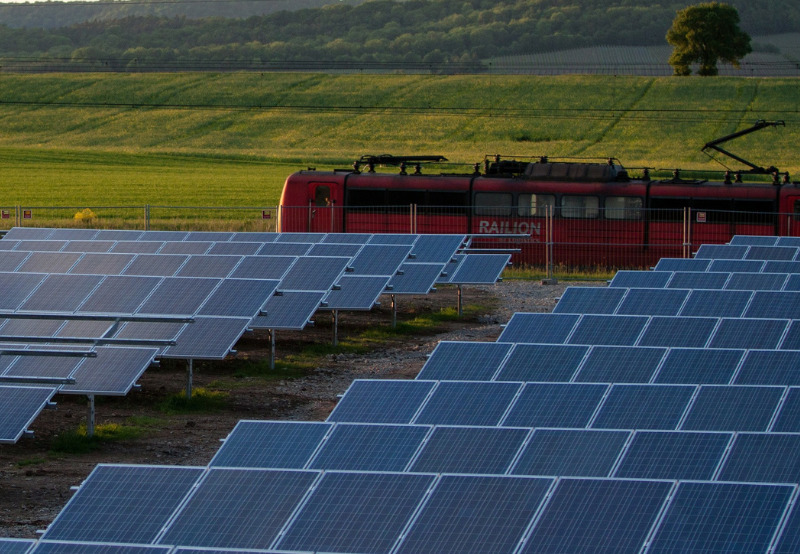 The Haryana Electricity Regulatory Commission (HERC) has set a tariff of ₹2.58 (~$0.035)/kWh for 20 MW of LR Energy‘s solar project. The tariff was determined after examining the capital cost component submitted by the developer.

The 20 MW project is located at Tosham village in the Bhiwandi district of Haryana.

LR Energy filed a petition with the Commission asking for tariffs to be determined for its solar projects. The company had entered into a 25-year power purchase agreement on October 30, 2020.

LR Energy submitted that tariff determination for a 20 MW solar project could not be justified by comparing it with the tariff for a 500 MW project after the reverse tariff auction. In addition, the Indian Renewable Energy Development Agency (IREDA) had not disbursed any funds for the 20 MW project due to unnecessary delays in approval from the Haryana Vidhyut Prasaran Nigam Limited and Haryana Power Purchase Center.

The company requested the Commission to consider the cost of various project components as per the market rates post-September 2020.

In its response, Haryana Power Purchase Center raised questions about the capital costs quoted by the company. It found that the price of modules and ancillary structure of ₹45.2 million (~$613,642) cited by the developer was unreasonably high and irrational compared to the current market trend.

In addition, if LR Energy’s claim was compared with the petition filed by Amplus for its solar projects located in the Bhiwandi district, the cost claimed by LR Energy was way higher.

After examining the capital cost and other cost components submitted by the developer and Haryana Power Purchase Center, the Commission determined the capital cost of ₹714.81 million (~$9.69 million) or ₹35.74 million (~$484,780)/MWac for the 20 MW solar project.

For operation and maintenance (O&M) expenses, the Commission approved ₹303,000 (~$4,111)/MW inclusive of insurance and all taxes for the first year. After that, the O&M costs would be escalated at 2.93% annually according to the relevant provision of HERC RE Regulations, 2021.

The Commission observed that the average funds-based marginal cost of lending rate of the State Bank of India (SBI) from January 2021 to June 2021 was 7%. Therefore, it approved interest on the term loan and working capital at 9%, in line with the HERC Regulations, 2021. It also determined the discounting factor for working out levelized tariff at 10.50% based on the weighted average cost of capital (debt and equity).

Based on these calculations, the Commission arrived at a project-specific levelized tariff of ₹2.58 (~$0.035) for LR Energy’s 20 MW project. Some parameters considered are provided below: 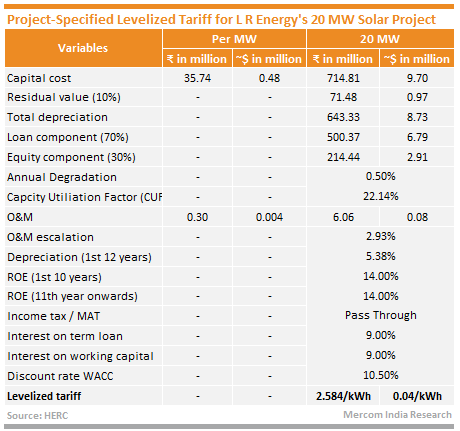