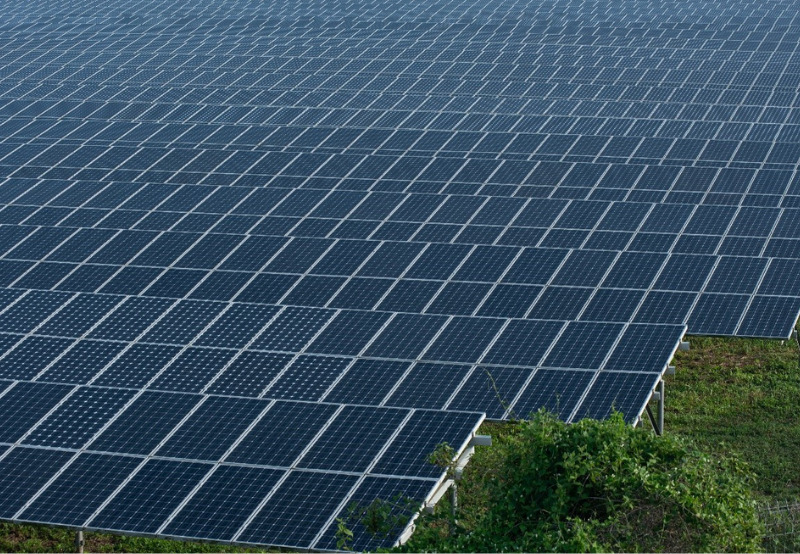 The New and Renewable Energy Department, Haryana, has issued guidelines for developing solar parks in the state by private entrepreneurs without central financial assistance.

Once the Agency gives a nod to the program, the developer may apply for the feasibility of connecting to the Haryana Vidyut Prasaran Nigam Limited (HVPNL).

The minimum capacity of such a solar park should be 50 MW. The solar park developer should also submit the agreement to lease or the sale of a minimum of 100% of the required land along with the application.

The timeline for the solar parks is given below: 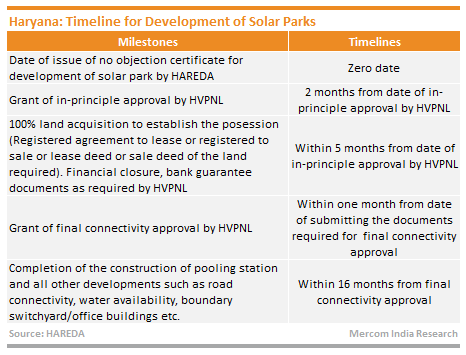 For the development of solar parks, the financial closure may be defined as the arrangement of 90% of the total project cost either by internal resources or through tie-ups with banks or lending institutions.

After the approval from HVPNL, the solar park developer should submit a document related to financial closure, bank guarantee, and land lease deed or sale deed within five months for final connectivity.

The developer should issue a tender for the internal infrastructure of the solar park within four months of the issuance of final connectivity by HVPNL, or else the approval for the solar park will be canceled. If the park is not completed within 16 months from the final connectivity approval of HVPNL, the approval may be canceled, and the allotted grid connectivity may be given to another developer. However, for already approved solar parks, the period of 16 months will be counted from the date of the issuance of these guidelines or the approval of HVPNL, whichever is later.

The state distribution companies will not be obliged to purchase power from the solar park projects. It has also been clarified that the developers will not receive any central financial assistance for setting up the park.

However, after the issuance of the final connectivity by HVPNL, registration of the solar projects with HAREDA will be mandatory, and after that with HVPNL for the grant of long-term open access agreement and the signing of commissioning agreement on commissioning of the project.

Recently, the New and Renewable Energy Department, Haryana, issued the draft ‘Haryana Solar Power Policy, 2021’ and requested government stakeholders to send their comments within 15 days from the date of the notification. The draft mentions that the state must focus mainly on rooftop solar projects and small-scale distributed solar systems besides exploring the potential of megawatt-scale solar projects and parks.

In June last year, the Ministry of New and Renewable Energy had modified its guidelines for developing solar parks and ultra-mega solar power projects. The program was initiated in December 2014 to facilitate solar project developers to set up projects through a plug-and-play model.