The new regulations will be effective until March 31, 2023

The Gujarat Electricity Regulatory Commission (GERC) has issued the tariff framework for the procurement of solar power by distribution licensees in the state.

The Commission had invited suggestions from all stakeholders and scheduled March 07, 2020, for the public hearing on the proposed tariff framework for solar projects.

The Commission noted that the new control period of the tariff framework would be effective from the date of this order up to March 31, 2023.  The Commission added that solar power projects established with only new machinery would be eligible for the tariff approved in this order.

The maximum capacity of solar projects will be up to 50% of the consumer’s sanctioned load for captive use, third party sale, or power projects set under the National Solar Mission for sale of power within the state.

The Commission said that for the power generated from small-scale solar projects between 0.5 MW and 5 MW, the procurement price would be at the rate of tariff discovered by competitive bidding process at different time periods of six months plus an additional ₹0.20 (~$0.003)/kWh for projects located outside the solar park.

The Commission added that the developers would have to furnish a bank guarantee of ₹500,000 (~$6,672)/MW based on the allotment of the evacuation capacity. In case the developer fails to commission the entire evacuation line within the time period, the DISCOMs will encash the bank guarantee, as mentioned in the draft issued in February 2020.

The Commission said that if a solar project is not registered under the renewable energy certificate (REC) mechanism, the entire solar power generated would be utilized for meeting the renewable purchase obligation (RPO) of the distribution licensee. In the case of surplus energy, the excess electricity will be compensated by the concerned distribution licensee at the rate ₹1.75 (~$0.023)/kWh.

Banking of energy will be allowed within one billing cycle of the consumer. However, peak charges will be applicable for consumption during peak hours.

Similarly, for solar power projects not registered under the REC mechanism and the consumer using the benefits of the renewable attribute to meet their RPO, the energy accounting will be carried out on 15 minutes time block basis. In the case of surplus energy, the excess electricity will be compensated by the concerned distribution licensee at the rate ₹1.75 (~$0.023)/kWh.

The 15 minutes time block energy accounting will also be done for solar projects (whether registered under REC mechanism or not) if the benefit of the renewable component is not passed on to the distribution licensee. In the case of surplus energy, the excess electricity will be compensated by the concerned distribution licensee at the rate ₹1.50 (~$0.02)/kWh.

The Commission added that for solar projects set up by MSME (Micro, Small, and Medium Scale Enterprises) with above 50% of its contracted demand, energy account settlement would also be carried out on a 15-minute time block basis.

For solar power projects set up for captive use or third-party sale, transmission losses will be computed as applicable to open access consumers.

For solar power projects set up for captive use and not registered under the REC mechanism, 50% of the wheeling charges as applicable to ordinary open access consumers will be applicable. For solar projects set up for third party sale and registered under REC mechanism, 100% of wheeling charges as valid for normal open access consumers will be applicable.

The Commission, also stated that if a solar power generator wants to wheel electricity to more than two locations, he will have to pay ₹0.05 (~$0.0006)/kWh on the energy fed into the grid to the concerned distribution licensee in addition to the transmission charges and losses.

The Commission further noted that for solar projects registered under REC mechanism for sale of power to a third party, 100% of cross-subsidy surcharge as valid for normal open‐access consumers would be applicable.

For the solar projects not registered under REC mechanism for sale of power to a third party within the state, 50% of cross-subsidy surcharge and an additional surcharge is valid for the normal open‐access consumer will be applicable.

According to the Commission, the sharing of clean development mechanism (CDM) benefits will be applicable as per the CERC Regulations, 2012, which states:

“100% of the proceeds on account of the CDM benefit to be retained by the project developer in the first year after the date of commercial operation of the generating station. In the second year, the share of the beneficiaries will be 10%, which will be progressively increased by 10% every year till it reaches 50%, where after the proceeds will be shared in equal proportion, by the generating company and the beneficiaries.”

Earlier, GERC had passed an order allowing Gujarat Urja Vikas Nigam Limited (GUVNL) and the other DISCOMs in the state to procure power from small solar projects of capacity up to 4 MW to meet their RPO targets.

Meanwhile, Gujarat recently decided that the tariff for all wind projects in the state will be determined through competitive bidding, doing away with the practice of generic tariffs. 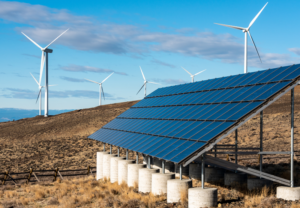 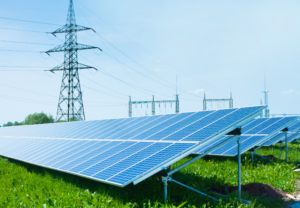