Government’s New Transportation Fuel Guidelines Promote the Use of Biofuels

In a significant move that is bound to pave the way for the entry of new players in the fuel marketing space, the Cabinet Committee on Economic Affairs (CCEA) has approved the review of guidelines for granting authorization to market transportation fuels.

This move marks a significant shift on the part of the government in framing the guidelines for the marketing of petrol and diesel and encourage the use of alternative fuels.

This latest move scraps the rule that has been in place for the last 17 years, which made it mandatory for companies seeking authorization to commit at least ₹20 billion (~$282.8 million). Now, the entities only need to have a net worth of ₹2.5 billion (~$35.2 million).

The new policy is expected to ease the whole process and provide the necessary push to the companies for doing business and also open doors for the wider adoption of biofuels and other forms of alternative fuels. The move is in line with the changing market dynamics and intending to encourage investment from private players, including foreign players, in this sector.

As per the statement released by the Ministry of Petroleum & Natural Gas, the authorized entities will also have to install facilities for marketing at least one new generation alternate fuel, like CNG, LNG, biofuels, electric charging at their proposed retail outlets within three years of operationalization of the outlet.

The government has been making the right moves to foster the growth of biofuels and in August 2019, the Minister of Petroleum and Natural Gas and Steel, Dharmendra Pradhan released an Expression of Interest (EoI) floated by big national oil marketing companies like Indian Oil, Bharat Petroleum, and Hindustan Petroleum, for the procurement of biodiesel made from used cooking oil. He further stressed the fact that the government is working on a four-pronged strategy for promoting ethanol, 2-G ethanol, compressed biogas, and biodiesel. Several initiatives have been undertaken to increase the production and blending of biofuels since 2014.

In an interview with Mercom last year, Charmaine Fernandes Sharma, the co-founder of Observing I, a company providing sustainable solutions for waste management and clean technologies,  highlighted how earlier efforts in the field of biofuels, included government incentives for growing Jathropha as the miracle source for biofuels. In India, millions of marginal farmers and landless people were encouraged to plant Jathropha. However, the results have been disappointing. In India, 85% of the Jathropha farmers have discontinued growing it. This extraordinary collapse of Jathropha as a global biofuel has been ascribed by analysts to an overestimation of Jathropha capabilities, as the species is not yet sufficiently adapted to cultivation to provide sustainably high yields and economic returns, together with a lack of diligence in implementing nationwide cultivation plans.

The recent development shows the country’s commitment to battling climate change by a reduction in its emissions.

In a country like India, where its agrarian sector fuels the overall economic growth, biofuels assume great significance in light of the country’s ambitious goals of doubling farmers’ income, import reduction, employment generation, and waste-to-wealth creation. Acknowledging the importance of abundant resources for biofuel in the country, the union cabinet recently approved the National Policy on Biofuels 2018. 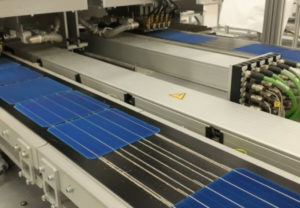 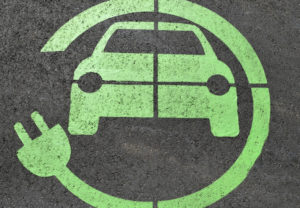 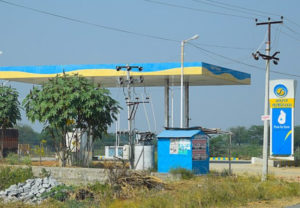