No further restrictions are required on activities permitted by the MHA

The Ministry of Home Affairs (MHA) has reiterated its guidelines asking the authorities of states and union territories (UTs) to adhere to its instructions after noting that they were not appropriately followed in some parts of the country.

The MHA has pointed out that trucks carrying essential and non-essential goods are being detained; workers required for the operation of manufacturing units of essential goods and other exempted categories are not receiving authorizations or passes for their movement.

In the letter written to all the chief secretaries of states and union territories, Home Secretary Ajay Bhalla has noted that inter-state movement of goods and personnel, as mentioned, are not being respected by the authorities. Further, the operations of cold storage and warehouses are not being allowed. According to the MHA, if such restrictions are imposed on activities permitted by the MHA, this could have the potential of creating shortages of essential commodities.

Reiterating its guidelines and directing the authorities to stick to its instructions, the MHA stated that the inter-state and intra-state movement of all trucks and goods carrier vehicles is allowed.

“This is irrespective of the nature of the cargo, whether essential or otherwise. No further permit or approval would be required,” states the MHA.

The MHA has instructed the authorities at various levels not to stop empty trucks provided they have valid documents such as driving license and road permit. Local authorities should facilitate the movement of truck drivers and cleaners from their place of residence to the location of their trucks. They should also facilitate the hassle-free movement of workers to the workplace and back.

Railways, airports, seaports, and customs authorities must ensure that their staff has authorized passes. Regarding the issuance of passes to workers engaged in the manufacturing of permitted categories, the MHA has also advised the state and UT governments to expeditiously issue passes on the bases of the authorizations issued by the companies.

However, these guidelines will apply to all areas other than the areas requiring containment, quarantine, and hotspots as per the guidelines of the Ministry of Health and Family Welfare (MoHFW).

In the wake of the country-wide lockdown caused due to the Coronavirus (COVID-19) outbreak, the Ministry had earlier issued an order stating that all establishments and offices will remain closed except certain essential services, including power generation and transmission units, as previously reported by Mercom.

For an uninterrupted power supply across states, power generating (including renewable power generation) has been designated as an essential service. The Ministry of New and Renewable Energy (MNRE)  had asked that the staff working at the renewable generating stations and associated workforce should be allowed to move, and the movement of material should be allowed at such sites, substations, and transmission lines with the minimum workforce.

Meanwhile, the Ministry of Commerce and Industry recommended to the Ministry of Home Affairs that more activities with reasonable safeguards should be allowed after the final decision is taken regarding the extension of the lockdown. Expectations are high that the Government of India will extend the nationwide lockdown period from April 14, 2020, to April 30, 2020. Meanwhile, some states such as Karnataka, Odisha, Punjab, Telangana, and West Bengal,  have already extended the lockdown till the end of April 2020.

“These new activities are essential to improve the economic activity and provide liquidity in the hands of the people,” stated the Ministry of Commerce and Industry.

Some of the recommendations include single entry points for workers, free movement of all vehicles, and workforce required for continuing the activities permitted so far under various MHA notifications, which also includes staff and vehicles working for the renewable generating stations.

The Ministry had also recommended that all transport vehicles of all sizes, whether inter-state, intra-state or intra-city, need to be allowed, whether empty or full, by all enforcement agencies without asking any question. All employers whose entity is allowed to operate may be allowed to ask the laborers to report to duty.

The Ministry also stated that industries that deal with heavy electrical items like transformers and circuit vehicles might be permitted to start with the minimum workforce.

This gives relief to solar projects under development, waiting to resume construction work.

Previously, it was reported that the Ministry of Power had requested the administrations of all states and UTs to allow staff and vendors of power generation and transmission units to perform their duties.

Currently, the country is tackling the deadly Coronavirus, and its repercussions are being felt across industries. You can track all the latest developments and the impact of the COVID-19 pandemic on the renewable industry here. 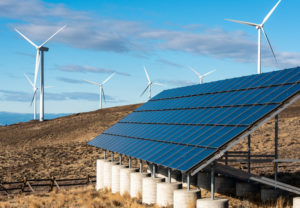 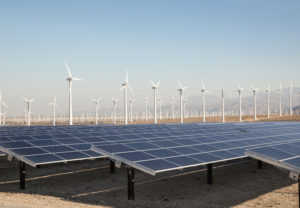 SECI Not a Nodal Agency for Wind-Solar Hybrid Projects Anymore 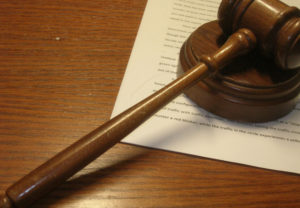