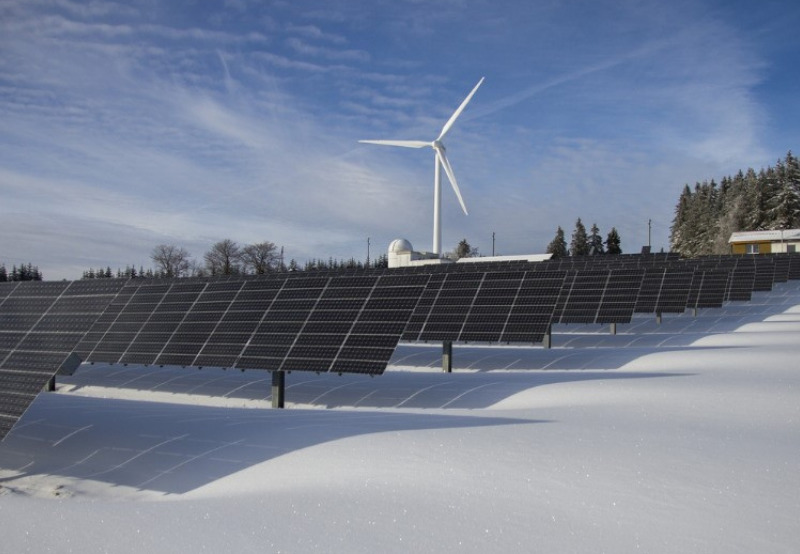 India can cut its overall cost of electricity in half and reach net zero before 2050 by developing a 100% renewable energy power system, according to modeling by Finnish power conglomerate Wartsila and the Lappeenranta-Lahti University of Technology. 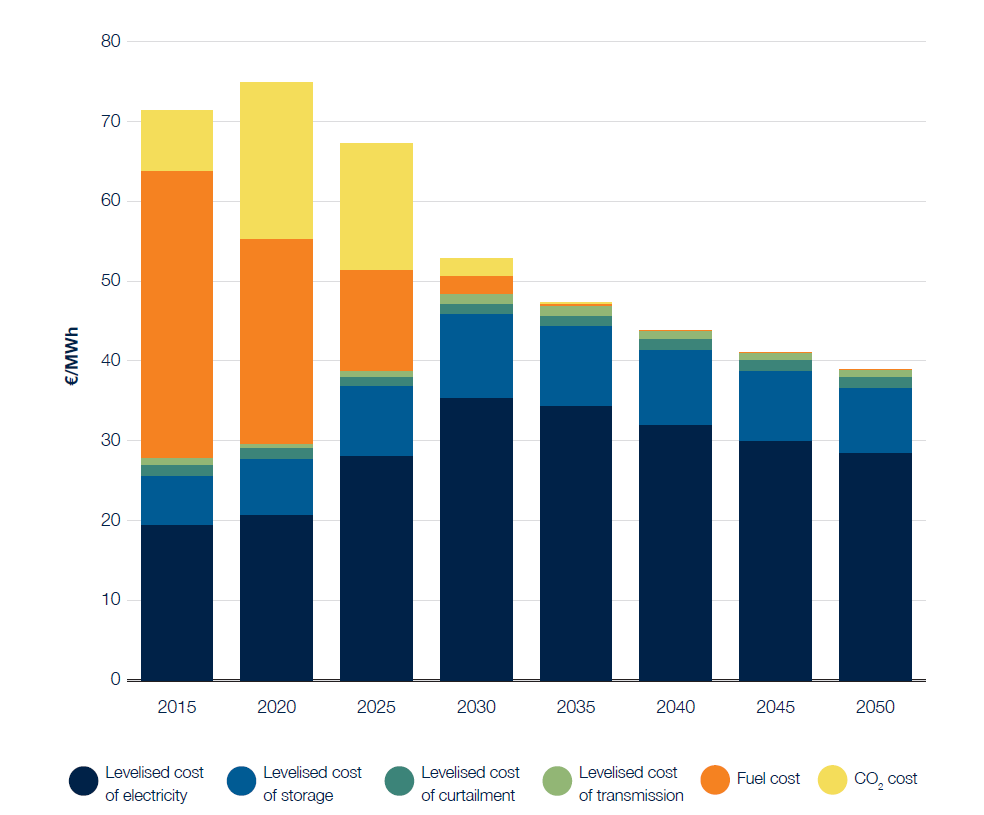 A flexible 100% renewable system provides significant excess power levels to address India’s rising energy dependency, which is forecast to double by 2030. According to the modeling, increasing renewable energy could also generate substantial revenues from hydrogen production, creating a technology market worth $39.8 billion.

“This year, India will become the world’s fastest-growing economy. Our modeling shows a path to a clean power system that will catalyze India’s transformation into a global clean energy powerhouse. It can lift millions from poverty, create new jobs, insulate the system from energy shocks, and simultaneously play a vital role in limiting global temperature rises to below 1.5°C,” said Sandeep Sarin, Market Development Manager of India, Wartsila Energy.

“India has a mountain to climb in reconfiguring its energy system for net-zero, but it’s certainly possible with technologies that are already available at scale. With the right vision and planning, India can leapfrog developed nations into a sustainable future, but we must act now before it’s too late,” he said.

The report has pointed out the steps for India to decarbonize its power system, such as setting ambitious clean energy targets over longer-term time horizons to attract investors. India could also be increasing climate regulation for companies, including mandating consumers and power producers to meet a certain percentage of their requirements from renewable sources. Strengthening flexibility solutions, such as thermal balancing power plants and battery storage, can raise the share of renewables.

Håkan Agnevall, CEO and President of Wartsila, said, “Our modeling shows that it is viable for all energy systems to be fully decarbonized before 2050 and that accelerating the shift to renewable baseload, coupled with flexibility, will help economies to thrive.”

“We have all of the technologies that we need to shift to net-zero energy rapidly. The benefits of renewable-led systems are cumulative and self-reinforcing – the more we have, the greater the benefits – so it is vital that leaders and power producers come together now to front-load net zero this decade,” he added.

The modeling also demonstrates the major planning challenge to cleanly meet energy demand as India’s population rises to around 1.7 billion by 2050.

The modeling showed that India’s power demand is set to increase by 340% by 2050, i.e., from 1,345 TWh in 2020 to 5,921 TWh in 2050, with 1,023 GW of peak demand. Wartsila’s modeling confirms that India can affordably meet this demand through renewable energy, aided by solar energy prices that are amongst the lowest in the world, averaging around $26 per MWh.

However, to serve this increased load through mid-day peaks and to charge energy storage resources such as batteries to offset intermittent renewable energy generation, the total system capacity must be scaled up to an unprecedented degree. 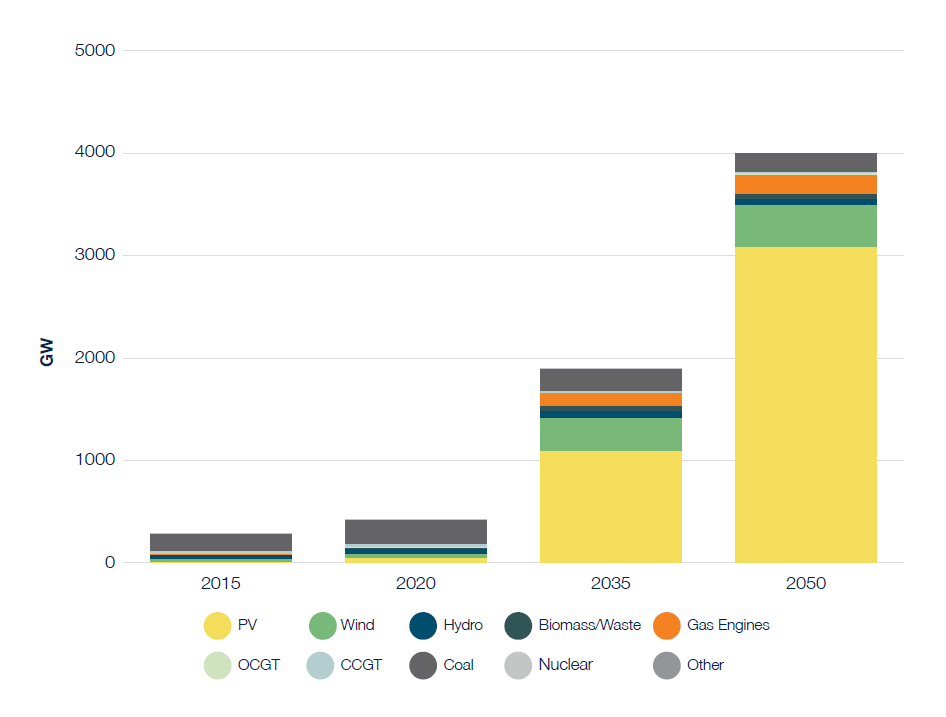 Wartsila’s modeling shows that flexibility through energy storage is vital to achieving the cost-optimal renewable baseload system to shift generation when it is surplus, during the day, to times when renewables are not available during evening or night-time. Thermal balancing power plants, backed by battery energy storage, must also be deployed to manage sudden surges in demand or drops in renewable generation.

The report said that energy storage capacity must increase from almost zero to reach 99 TWh of storage capacity by 2050 to support India’s 100% renewable energy system. Storage output should also cover 35% of India’s total demand by 2050, with 99% enabled by batteries.