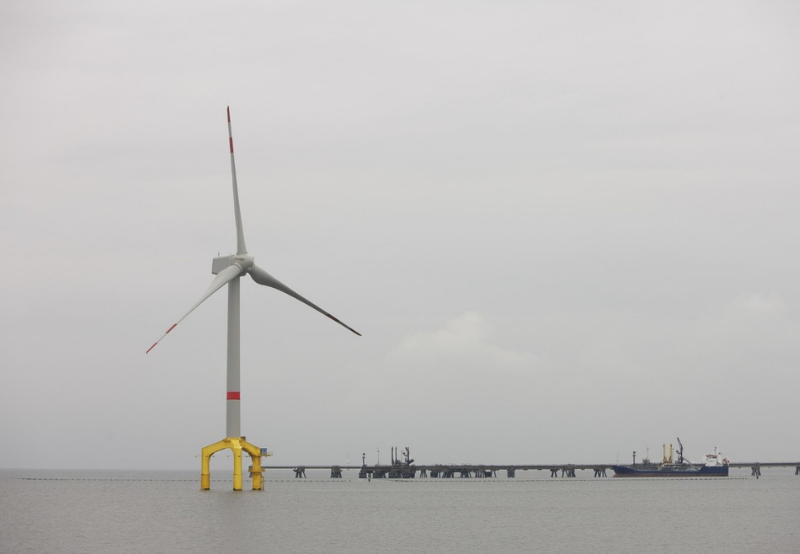 In its recent report, the Global Wind Energy Council (GWEC) said that the global offshore wind installation stood at 6.1 GW in 2020, a slight decline compared to 6.24 GW in the previous year.

China led the way and installed over 3 GW of new offshore wind capacity in 2020, followed by  Europe, which accounted for the majority share of remaining offshore installations led by the Netherlands with 1.5 GW, Belgium with 704 MW. 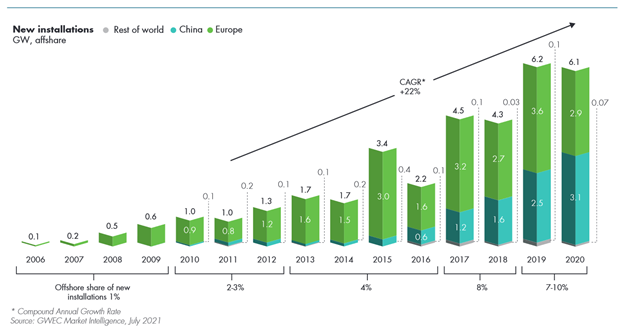 In India, the first offshore wind project was initiated for capacity building following the announcement of the National Offshore Wind Energy Policy in 2015. The project paved the way to invite expression of interest (EOI) for 1 GW of offshore wind projects in Gujarat. However, the EOI did not progress due to higher capital expenditure and a lack of government support. 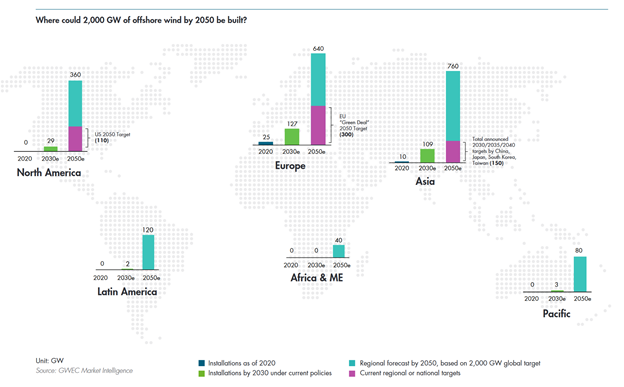 The National Institute of Wind Energy estimates 36 GW of offshore wind potential of Gujarat and 35 GW of Tamil Nadu.

However, the report suggested that governments need to improve policy to scale up installations at the pace required to help the world meet its carbon emission targets and avoid the worst effects of global warming.

Feng Zhao, Head of Market Intelligence and Strategy at GWEC, said, “We have seen unprecedented growth of offshore wind over the past decade with the UK, China, and Germany leading the way. Looking to the next three decades, Asia will need to emerge as the world’s most prominent offshore wind region to deliver the massive scaling-up of capacity, accounting for 40% of the 2,000 GW needed by 2050, followed by Europe with 32% and North America with 18%.”

“But as the G20 recognized at its most recent summit, we are in a climate emergency, and we can no longer be content with simply breaking the record – the scale of growth we need to achieve the future of our planet goes beyond anything we have seen before. The offshore industry believes they can meet this challenge, but there is a clear target and policy gap that countries need to fill for the industry to deliver,” Backwell added.

According to WindEurope, a Brussels-based association promoting wind energy in Europe, Europe installed 1.3 GW of new offshore wind capacity in the first half of 2021.

Last year, the European Commission unveiled a strategy to increase Europe’s offshore wind capacity up to 60 GW by 2030 and 300 GW by 2050, from its existing capacity of 12 GW.