The renewable energy sector, including solar and wind, attracted a record $366 billion investment in 2021 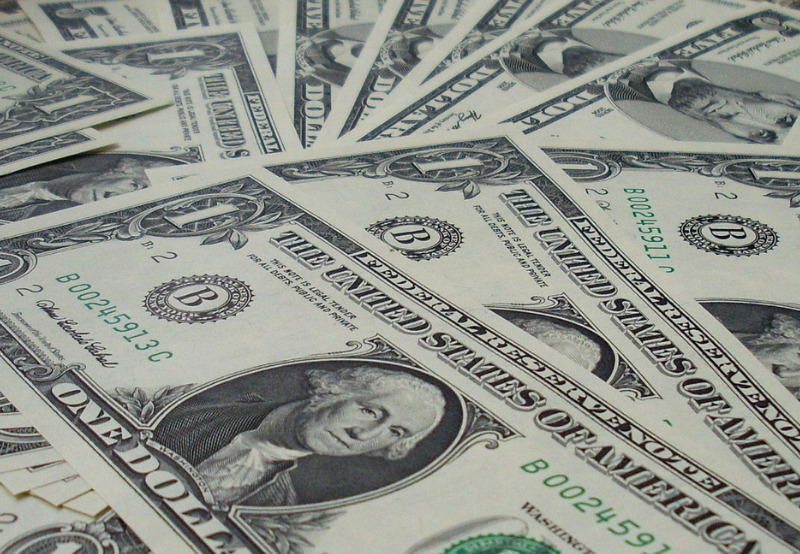 Global investment in the energy transition reached a record of $755 billion in 2021, BloombergNEF (BNEF) has said in its recent report. The investments are driven by rising climate ambition and policy action from countries worldwide.

The renewable energy sector, including solar, wind, and other renewables, attracted a record $366 billion investment in 2021 and remained the largest sector in terms of investment.

According to Mercom’s 2021 Solar Funding and M&A Report, global corporate funding in the solar sector stood at a record ten-year high of $27.8 billion in 2021, a 91% growth compared to $14.5 billion raised in the last year. 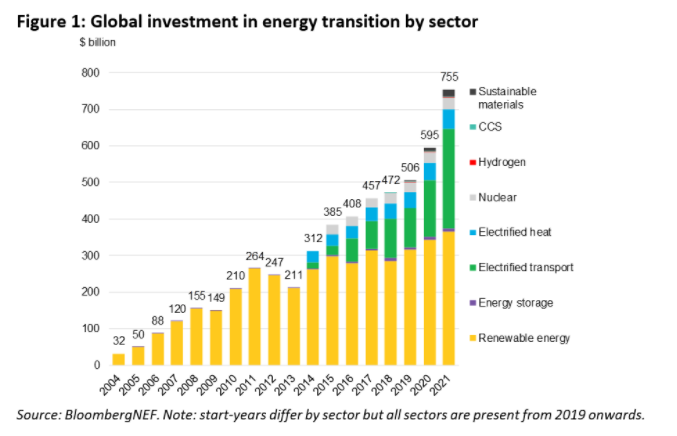 In 2021, clean power and electrification – including renewables, nuclear, energy storage, electrified transport, and electrified heat – accounted for the significant chunk of investment at $731 billion. The remaining $24 billion were invested in hydrogen, carbon capture and storage, and sustainable materials technologies.

Albert Cheung, Head of Analysis at BloombergNEF, said, “The global commodities crunch has created new challenges for the clean energy sector, rising input costs for key technologies like solar modules, wind turbines, and battery packs. Against this backdrop, a 27% increase in energy transition investment in 2021 is an encouraging sign that investors, governments, and businesses are more committed than ever to the low carbon transition and see it as a part of the solution for the current turmoil in energy markets.”

The report stated that the Asia Pacific accounted for the largest investment at $368 billion (nearly half of the global investment). The investment in the region grew by 38% in 2021. It was followed by Europe, the Middle East, and Africa with an investment of $236 billion, a 16% growth in 2021. The investments in the Americas increased by 21% to $150 billion in 2021.

China attracted the most significant chunk of investment at $266 billion in 2021, followed by the United States with $114 billion. European Union member states committed over $154 billion in investment. Germany, the United Kingdom, and France were among the top five countries for energy transition investment in 2021.

According to the report, four Asia-Pacific countries, including India, South Korea, China, and Japan, are among the top ten countries in terms of energy transition investment levels.

The electrified transport sector is expected to be on track for such investment levels at existing growth rates, while other sectors lag such investments.

Matthias Kimmel, head of energy economics at BNEF, said, “The world is rapidly running out of carbon budget to meet the goals of the Paris Agreement. The energy transition is well underway and moving faster than ever, but governments will need to mobilize much more finance in the next few years if we are to get on track for net-zero by 2050.”

Climate-tech corporate finance stood at $165 billion in 2021. The segment included equity financing raised by companies in the climate-tech space, either from public markets or private investors. The investment would be used to scale up the companies’ operations and develop their technologies. Two-thirds of the funding came from public markets, including special purpose acquisition company (SPAC) reverse mergers, and the significant investment went to companies focusing on the energy and transport sectors.