Germany Installs 4.9 GW of Solar in 9M 2022 as it Moves to Cut Russian Gas Dependency

The country has a cumulative solar capacity of 63.36 GW 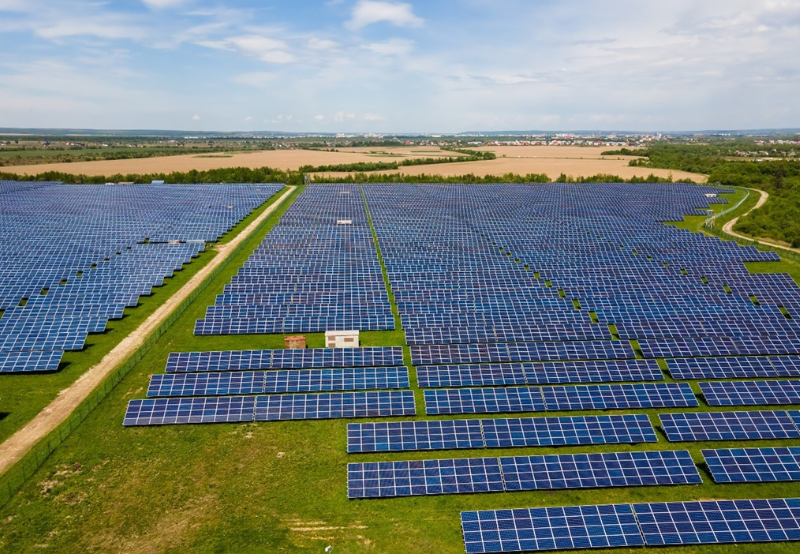 Germany installed 4.9 GW of solar capacity in the first nine months (9M) of 2022, according to the latest data released by the Federal Network Agency Bundesnetzagentur.

In a year-over-year (YoY) comparison, installations were up by 21% compared to 4.02 GW. The cumulative solar capacity in Germany at the end of September 2022 stood at 63.4 GW. 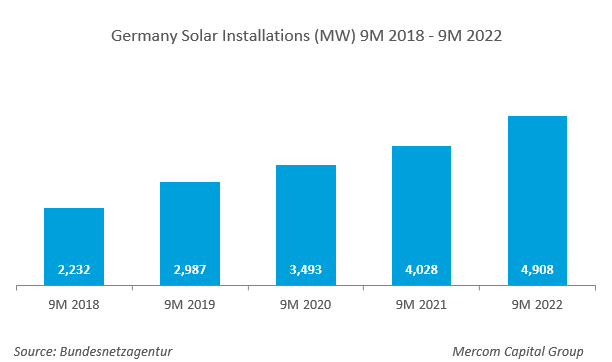 Germany has been spearheading the EU countries’ transition to renewable energy in light of the recent energy shortages across the continent due to Russia’s war in Ukraine. The country is one of the most dependent on Russian gas supplies to meet the energy demands of its industrial sector.

Solar Installations in the country have rapidly increased steadily since 2018 and are expected to lead the transition towards renewables.

The Bundesrat, the federal legislative council, had recently approved the law passed by the Bundestag (German Parliament) under which renewables must be at least 80% of Germany’s power capacity mix by 2030. The country should install 215 GW of solar capacity by 2030, with 22 GW of capacity additions per year under the new law.

Germany also saw a massive increase in the tender volume to the tune of 3.6 GW in 2022, almost twice as high as the previous year. Due to this, a recent tender for 1.126 GW of solar projects was undersubscribed by 412 MW. According to the Bundesnetzagentur, only 116 bids with a total of 714 MW were submitted in the round with a deadline of June 1.

In September this year, the European Commission approved three additional measures to support electricity production from renewable energy sources in Germany under EU State aid rules. One of the measures noted that all bids could be awarded at the price offered in case of an undersubscribed tender. The second measure ensured that the generators would receive a market premium on top of the market price due to the constantly evolving electricity prices. The country will be issuing an additional round of ground-mounted and rooftop solar tenders in 2022 with higher capacities as a part of the third measure and will also introduce financial incentives for consumers investing in small rooftop solar installations.