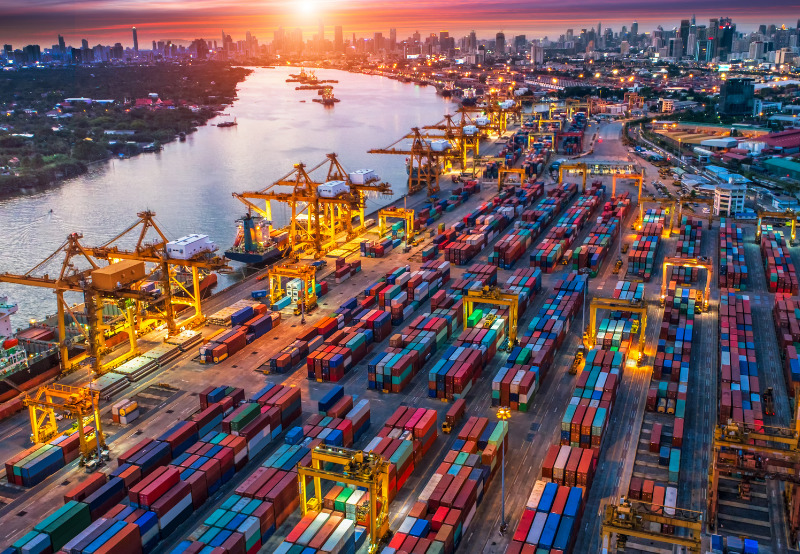 The Indian solar developers and engineering, procurement, and construction (EPC) service providers have been hit hard by the increase in freight charges and the shortage of raw materials that have pushed the prices up for projects and scrambled timelines.

With the second wave of the Covid-19 pandemic ravaging the country, it is becoming increasingly difficult for developers to complete the projects on time, and as things stand, it will take some time before normalcy returns.

In the calendar year 2020, India imported solar cells and modules worth $475.78 million (~₹34.7 billion), a 78% drop from CY 2019. A drop in demand due to the overall impact of the Covid-19 pandemic and the subsequent lockdown resulted in the import figures going down.

The freight charges saw an upward trend a year back with the outbreak of the Covid-19 pandemic. Since then, its trajectory has been on an ascending curve, adversely impacting the import of solar modules to India.

Pointing out another crucial reason behind the price rise, Shivhare added that the freight prices for importing modules have significantly increased because of a shortage of containers.

“Currently, there is a shortage of containers worldwide. Around 85-90% of container manufacturing capacity is with China, and India has only 2% of the capacity, with a single facility in Faridabad. As the number of containers at our disposal started going down, the prices skyrocketed. Overall, the supply chain has been disrupted. The shipping companies have artificially increased the rates. Since we have been caught in the middle of a virulent second wave of the pandemic, I don’t see the charges going down in the next six to seven months. Although the module prices have not increased to the same extent as freight charges hike. In Telangana, many developers have delayed their projects by two to three months and are waiting for the charges to drop,” Shivhare informed.

Commenting on the issue and the effect of Covid-19 on the solar supply chain, Mohit Shrimal from LONGi Solar noted, “The developers are given an option to go for free on board (FOB), or cost, insurance, and freight (CIF), and shipping rates are publicly available so that they can check them. It wouldn’t be right to say that it has affected the module prices, but the shipping rates have definitely gone up. It has increased by nearly three to five times, and the landed cost of modules has gone up because of the increase in the shipping cost. We are not sure how long it will take for the freight charges to come down. Our estimation says it will take nearly six to seven months before normalcy returns.”

While many believe that the increase in freight charges will not affect the overall cost of the modules, the rise in prices has certainly affected the solar supply chain. But under the current developments, many developers have postponed their purchases and are waiting for the prices to come down.

Speaking to Mercom, an executive at a leading solar developer said, “The freight charges are on the higher side. It has gone up four to five times. The increase in charges started in 2020 when the first wave of Covid-19 hit. Basically, the containers were not getting cleared from the ports in the United States and the United Kingdom. The impact is an increase of nearly a cent for the modules, and the price of the container right now is somewhere around $3,000 (~₹222,182)-$3,500 (~₹259,212) per 40-feet container. Earlier, it was nearly $1500 (~₹111,091)-$1700 (~₹125,903) per 40-feet container, which was already an increase from the pre-Covid-19 prices of $600-$700 per container. The industry trends hint that the charges will continue to remain steep for another six to seven months.”

With experts predicting an impending third wave even as the ongoing health crisis continues to wreak havoc, the solar industry remains concerned about its impact on the supply chain. It is feared that if the freight charges continue to soar unchecked, the overall cost of the ongoing projects will shoot up.

“With the Covid-19 pandemic raising its head again in the country, the trend is bound to continue for some more time. I’m not sure how long it will take for things to come under control, but it has definitely affected the import of modules and the module prices,” the official with the solar developer added.

“Initially, the sea freight cost was around 1.7% of the cost of modules, but now it costs around 5.4%, and this difference is huge. This increase in sea freight is around 1.33 cents per watt. Many smaller developers cannot absorb this increase in cost, and even for bigger developers, this increase is too high and eating into their margins. It has also changed the tendency of selling terms from cost, insurance, and freight (CIF) to the free on board (FOB) or at actuals for bigger buyers. Shipping lines also ask for a guarantee sum from the booking party for confirmed space, which is a risk for the latter, as there are chances of losing substantial money if there is a delay in shipping or dispatching the modules from the load port. It’s making the supply chain process and managing cost more challenging,” he said.

While 2021 was expected by many to be a breakthrough year for the Indian solar industry, things have again started to slow down because of the second wave of the pandemic. This, coupled with the increase in freight charges, is likely to impact import components to the country and affect the ongoing projects.

“Freight charges are high all over the world, and shortage of shipping containers is also widespread. Macroeconomic policies and spending patterns influenced by Covid-19 in the US and Europe are big drivers behind these trends. There is so much uncertainty in the markets right now that it makes sense to model higher freight charges for the next 6-12 months when bidding for projects,” said Raj Prabhu, CEO of Mercom Capital Group.