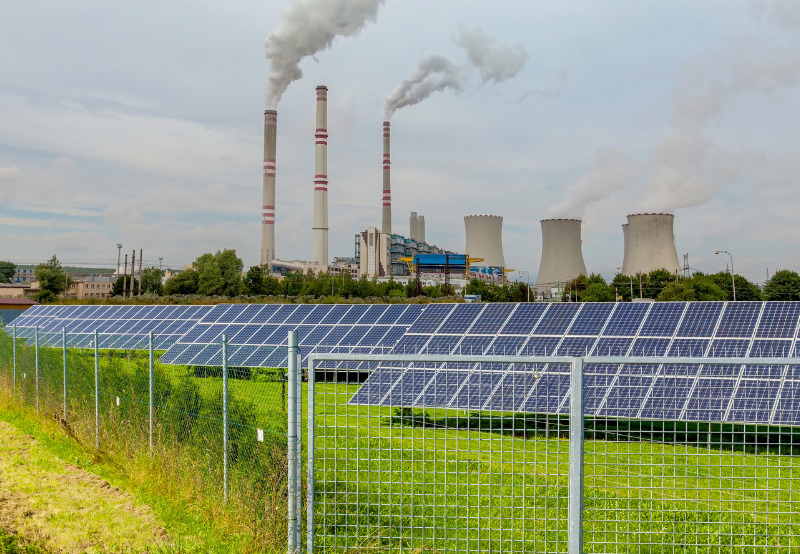 The Jharkhand State Electricity Regulatory Commission (JSERC) has, in a recent ruling, said that additional electricity produced through cogeneration could not be tied with the renewable energy obligation (RPO). The Commission dismissed the petitioners’ request that cogeneration be considered on par with renewable power, and the obligated entity be exempted from meeting the RPO targets.

Tata Steel, Rungta Mines, and Tata Steel Long Products filed separate petitions with the Commission requesting exemption from meeting RPO targets in light of the claim that the energy generated from captive power projects was over the RPO requirements.

Tata Steel filed a petition with the Commission requesting exemption from compliance of RPO mainly on the ground that electricity produced from the captive cogenerating units was more than its RPO requirements for the period 2014-15, 2015-16, 2016-17, 2017-18, and 2018-19.

The company said that the coke dry quenching and top recovery pressure turbine-based power generating units came under the definition of cogeneration projects. It installed the captive power project in different stages of the augmentation of the steel plant. The steam so generated is used for heating, while electrical power so consumed is used in the manufacturing process.

The company said that it had complied with the RPO requirements through its captive cogeneration projects. The electricity generated through these projects was sufficient to meet its  RPO liabilities.

The Jharkhand Renewable Energy Development Agency (JREDA), in its response, said that the power produced from cogeneration projects could not be considered on par with renewable power as the source of energy for generating such power is a fossil fuel and not renewable.

Tata Steel Long Products Limited requested the Commission for an exemption from fulfilling RPO targets in another petition. The electricity produced from captive cogeneration projects, it claimed, was over the RPO requirements for 2019-20.

The company said that out of the total capacity of 130 MW, 63 MW was a thermal power project, and 67 MW captive power project was being operated based on the industrial waste heat generated from a sponge and coke oven project at the steel plant.

The company said that it was operating an integrated steel project in Saraikela-Kharsawan, Jharkhand. The project was operating as a captive power project with an installed capacity of 58 MW, out of which 33 MW was from the waste heat recovery boiler of sponge iron kilns.

Tata Steel also requested the Commission to set the RPO targets for the operational captive power projects in light of the Ministry of Power’s order dated October 01, 2019. It wanted the parameters set as per the JSERC Regulations of 2010 and 2016 to be relaxed. It also sought permission to utilize the excess energy procured for future requirements.

The company stated that it had been discharging its obligations under the 2010 and 2016regulations by purchasing renewable energy certificates from the authorities concerned.

After hearing all the parties, the Commission said that the main point of contention was whether electricity produced from captive cogeneration projects can be considered on par with renewable energy and whether the obligated entity can be exempted from renewable purchase obligation.

The state regulator said that the provisions requiring a minimum percentage of energy from renewable sources had been framed to fulfill the constitutional mandate to protect the environment.

The Commission ruled that the electricity produced from captive cogeneration projects could not be considered on par with renewable power. Hence, the obligated entity could not be exempted from RPO compliance.

In a similar case last year, the West Bengal Electricity Regulatory Commission said that any power purchased from fossil fuel cogeneration projects would not be counted for RPO compliance. However, the regulatory body added that distribution licensees might continue with purchasing power from fossil fuel-based cogeneration projects as an energy-efficient measure, as mentioned in the renewable energy regulations, 2013.

In another case, the Maharashtra Electricity Regulatory Commission dismissed JSW Steel Limited’s plea seeking exemption from the requirement to meet its RPO targets to the extent of its consumption from its cogeneration projects.