The tender was floated in January this year 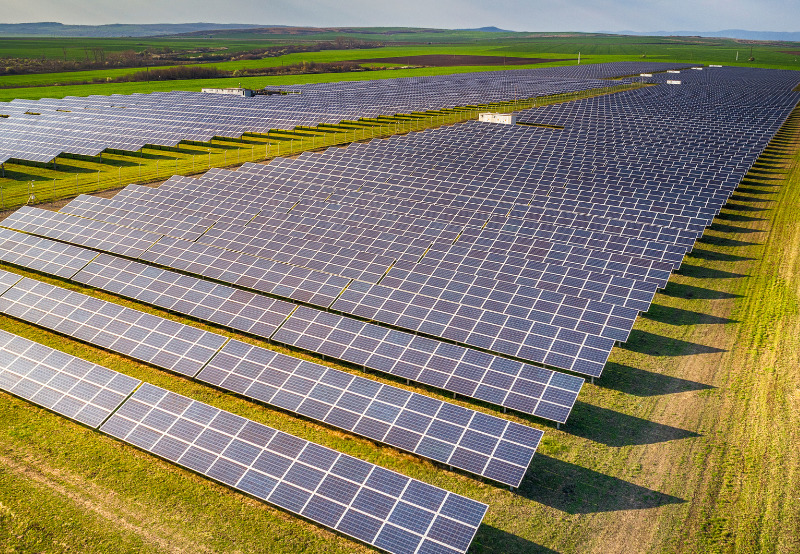 The lowest quoted tariff was up 4% compared to GUVNL’s previous auction (Phase XII) for 500 MW of solar projects. The lowest tariff discovered in the auction was ₹2.20 (~$0.030)/kWh. The auction was held in March 2021, and Sprng Ujjvala Energy, NTPC Renewable Energy, Coal India, and TP Saurya-a Tata Power subsidiary were the winners.

GUVNL had floated the tender to purchase power from 500 MW of grid-connected solar power projects (Phase-XIII) in January this year.

GUVNL intended to procure solar power up to 500 MW of capacity to meet the renewable power purchase obligation (RPO) and the future requirements of distribution companies. Projects under construction that do not have any power purchase agreement (PPA) were also eligible to participate in the tender.

GUVNL could decide to enter into PPA with the successful bidders for 25 years from the scheduled commercial operation date of the project.

Solar projects could be set up in the existing grid-connected wind farms subject to the availability of spare capacity for renewable energy integration at the corresponding Gujarat Energy Transmission Corporation (GETCO) or Central Transmission Utility of India (CTUI) substations. 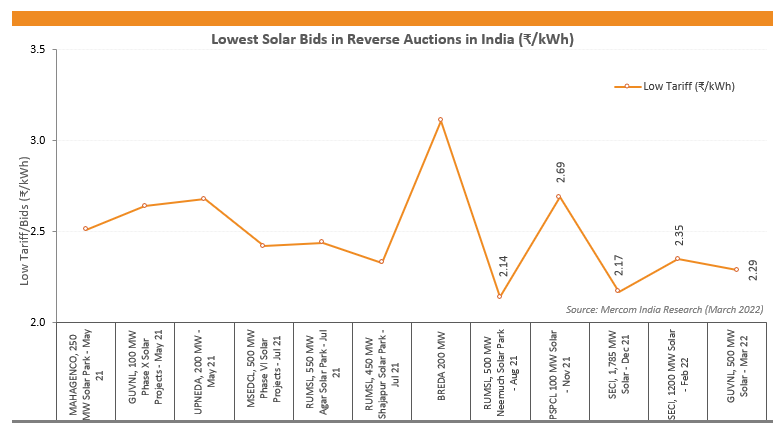 GUVNL has stated that the declared annual capacity utilization factor (CUF) should, in no case, be less than 17%. The successful bidders should maintain generation to achieve annual CUF within + 10% and -15% of the declared value till the end of 10 years from the commercial operation date, subject to the annual CUF remaining 15%, and within +10% and – 20% of the declared CUF after that until the end of the PPA duration.

According to Mercom’s India Solar Tender Tracker, GUVNL has so far floated tenders for 5.5 GW of solar projects.

The average cost of large-scale solar projects increased by 21.6% YoY, as per Mercom’s recently released 2021 Q4 and Annual India Solar Market Update. The report attributes the rise in the average cost of projects in 2021 to the higher goods and services tax (GST) and component prices triggered by supply chain disruptions.

Project costs are estimated to increase further as BCD comes into effect in April 2022. Even with all these challenges, tariffs in the auctions have been falling – a surprise to many.