In a bid to propel the growth of electric vehicles (EVs) in the country, clean energy solutions provider Fortum Energy and Clean Motion have reached an agreement to develop battery replacement systems in the country.

Indian transport market has a fair share of traditional tricycles and auto rickshaws. Thus, their transition into electrical operation is both important and challenging. The biggest constraint for large-scale conversion to electric vehicles is the high initial cost involved, and the cost of battery constitutes a large part of it.

The cooperation between Clean Motion and Fortum Energy is driven by the idea to provide a cost-effective option for the operators and drivers of rickshaws and three-wheelers. Göran Folkesson, CEO of Clean Motion said in a media release, “Through replaceable batteries, both initial costs can be reduced, and usage time maximized as charging time is removed. This gives higher revenues to operators while the need for initial investment is reduced. ”

The goal for both these companies is to develop a solution for the growth of lightweight electric vehicles in India. Absence of any public charging facilities has forced the experiment to be conducted in a limited geographical area. Vehicle clusters have its advantages as concentration of battery stations can help battery replacement systems with limited investment in the infrastructure.

“The charging infrastructure needs to build on the needs that exist and the model that Fortum now develops along with Clean Motion, with battery replacement stations where the individual driver quickly and easily switch to a fully charged battery instead of charging, is a way to do it,” Erik Tutzauer, project manager at Fortum, said.

The battery replacement system will be first offered to Clean Motion customers and later it will be provided to all small electric vehicle manufacturer. A greater adoption of this technology will make it more cost-effective.

Earlier this year, the Minister for Power, R.K. Singh, chaired a meeting with battery manufacturers in New Delhi to discuss the creation of an ecosystem for incentivizing battery manufacturing in India. Singh encouraged the industry to set up battery manufacturing units in India as the future demand is going to be very high owing to the government promoting deployment of EVs across the country in a big way. Singh’s meeting with the relevant stakeholders demonstrated that the government has adopted a proactive approach for the EV sector and is not only setting targets, but also trying to develop each stratum of the EV industry before there’s a boom in demand.

If battery manufacturing is developed and aided now when the demand is low, and the sector is in a relatively nascent stage, it will prove to be beneficial for the industry in the long run. For any EV, the battery comprises a major share of the cost and therefore, if the batteries are indigenously produced, the costs are expected to dip, making EVs affordable among the masses. As of now, the government is pushing the EV demand by procuring EVs for its various departments and the demand from the common man is still low. 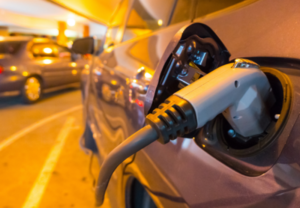