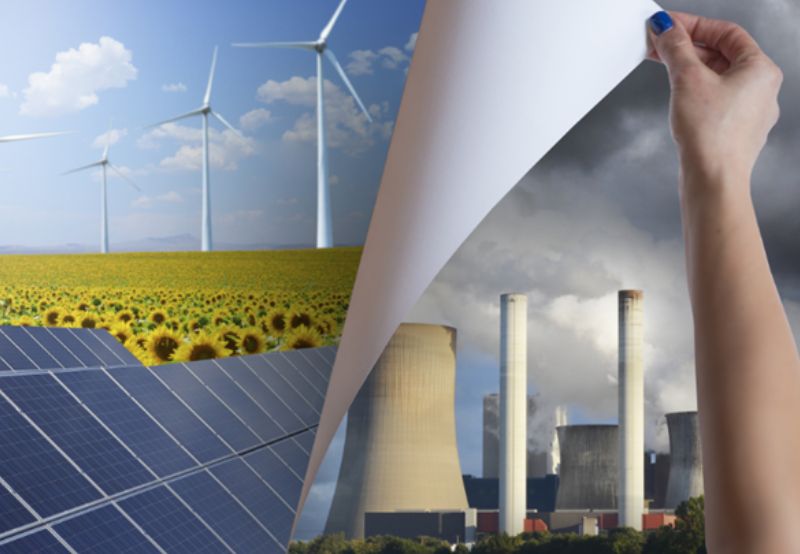 A new study by Columbia University reveals that building the infrastructure for cleaner energy generation will by itself create carbon emissions. A huge chunk of the energy required for the construction of wind turbines and solar panels is still met by fossil fuels.

The researchers estimated that the current slow pace of renewable infrastructure production will produce 185 billion tons of carbon dioxide by 2100, which is equivalent to five or six years of current global emissions. It would lead to a temperature rise of 2.7°C by the end of the century.

However, if the green infrastructure creation is aimed at limiting warming to 2°C, it would slash emissions by half to 95 billion tons.

In an ambitious case scenario, if infrastructure development is pegged to a warming ceiling of 1.5°C, the cost would be only 20 billion tons by 2100 – which equates to six months or so of global emissions.

Carbon emissions from adapting to sea-level rise — construction of sea walls and moving cities inland — would generate 1 billion tons of carbon dioxide by 2100 under the 2°C scenario.

“The message is that it is going to take energy to rebuild the global energy system, and we need to account for that,” study lead author Corey Lesk said.

The team of researchers calculated the possible emissions that will be produced by energy use in mining, manufacturing, transport, construction, and other activities needed to create farms of solar panels and wind turbines.

The cost of the new energy infrastructure has been estimated at different numbers over recent years. While the World Economic Forum, at the beginning of the year, projected $3.5 trillion a year every year until 2050 to reach net-zero emissions, the American business focussed Wall Street Journal estimated about $14 trillion for the United States alone during the same period.

The study looks only at carbon-dioxide emissions, which currently cause about 60% of ongoing warming—not other greenhouse gases, including methane and nitrous oxide.

However, many commodities for building green energy infrastructure would probably have to come from previously untouched places with fragile environments, including the deep sea, African rain forests, and fast-melting Greenland. Solar panels and wind turbines would directly consume large stretches of land, potentially affecting ecosystems and people living there.

“We’re laying out the bottom bound,” said Lesk of the study’s estimates. “The upper bound could be much higher.” But Lesk added, “If we get on a more ambitious path, this whole problem goes away. It’s only bad news if we don’t start investing in the next 5 to 10 years.”

He said that with recent price drops for renewable technologies, 80 to 90% of the world’s needs could be installed in the upcoming few decades, especially if current subsidies for fossil-fuel production are diverted to renewables.

According to a peer-reviewed study by Oxford University, transitioning to a decarbonized energy system by around 2050 will save the world at least $12 trillion compared to continuing our current levels of fossil fuel use.

Last year October, Finnish power conglomerate Wartsila and the Lappeenranta-Lahti University of Technology found that India can cut its overall cost of electricity in half and reach net zero before 2050 by developing a 100% renewable energy power system.